In a rush? Don’t like spoilers? /chart™ interactive graphic reviews will change your life. It’s like a trailer without the spoilers.

Movie reviews have been with us almost from the dawn of the motion picture camera well over 100 years ago. In all that time, their core makeup has changed very little. 1928 saw the first use of stars to represent the quality of a film. 1981 brought the introduction of Gene Siskel‘s and Roger Ebert‘s famed “Thumbs Up/Thumbs Down” approach. In 1993, MRQE began aggregating reviews of different reviewers into a single number, like Rotten Tomatoes. That’s pretty much it.

Our goal at /comment is to think outside the box. Movie fans are ready for the next generation of reviews, and we have responded. Three major differences set us apart: /chart. No Nonsense. No Spoilers. 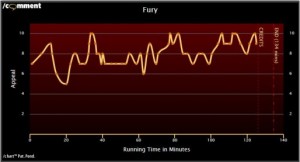 Our unique /chart tracks the appeal of a film to the reviewer in real time and then presents it with a very simple, interactive image. A single glance is all that you’ll need to get the real sense of a film. It’s like a trailer without the spoilers. Whet your appetite with /chart, then check out the detailed review to get a full sense of whether you’ll personally enjoy the movie (or at least enjoy the ripping of it!).

A more thorough evaluation of a /chart will provide insight such as bathroom break opportunities, amusing commentary, and whether it’s worth it to stay for the credits, all without exposing any plot details (another point that’s very important to us).

For more background on this feature, read our “What’s a /chart?” page. 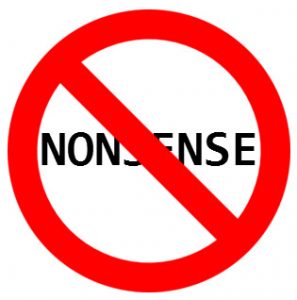 It’s our belief that the vast majority of film reviews are written in a style that no longer reflects today’s audiences. By and large, film critics review all aspects of a film, often including elements that most viewers today have little interest in knowing. For example, they may write extensively about obscure directors or technical details, even when such commentary has little to do with your potential enjoyment of the film.

Why does this happen? Remember that film critics might see a half-dozen films a week or more. It’s not uncommon for us to see upwards of 200 a year — most of them BAD. That level of exposure is bound to have consequences. The biggest challenge is remembering what the experience is like for a typical viewer. A classic example of this disconnect happens when a filmmaker attempts something novel. Having seen so many similar films, film critics are often riveted by something — anything — new, regardless of its entertainment value to the general viewing public.

A film may try, or even succeed, with new techniques or features that break up the monotony for the critics, but that doesn’t mean you’ll find it entertaining. Viewers don’t want to have to decipher what a film is trying to accomplish. They just want an engaging escape from life for a couple of hours.

Many movie reviewers also condescend to their audience with their vast knowledge of the film industry. Name-dropping obscure actors, directors or buzzwords is irrelevant to most viewers. It’s not the general public’s job to keep track of directors in the business other than the occasional big names like Woody Allen or Martin Scorsese. We’ll only mention such things when it may help you to decide if a film is right for you.

Finally, a surprising number of critics seem intent on impressing their editors or peers with their command of the English language. They write reviews rife with flowery, often dense vocabularies that defy simple comprehension. We’re not trying to write the next great American novel in our reviews. We’re here to help you find the films you’ll enjoy and steer you away from the bad ones. 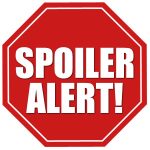 Like many of you, we absolutely despise trailers that give away far too much of the story. One of the most notorious examples is the trailer for Air Force One, in which a character’s death was mentioned — a character you couldn’t even know about until you saw most of the movie.

Many film reviews have the same issue. Once again, the reason comes back to the source. Many of today’s film critics are or were film students. They’re interested in details that many viewers wouldn’t notice and most likely don’t care about. Reviews from this type of critic are often wonderful reads after someone has seen the film in question — not before. When you read a review of a new product like a cell phone, a blender or a car, you don’t want surprises. Movies aren’t blenders. We want to be surprised. It’s the main reason that so many of you tell us you long ago stopped watching trailers or reading movie reviews.

We are film fans, not film students, and that’s a key difference in our approach. We go to great lengths to expose only enough details to help you make up your mind about a film.

If a plot element doesn’t need to be described, we’re not going to talk about it. We’ll tell you just what you need to know to get the flavor of the story and nothing more. So many critics ruined movies like The Usual Suspects, Se7en and Oblivion by telling you too much of the plot, comparing them to other movies whose secrets you might already know or listing actors whose presence was meant to be a surprise. We might tell you that a film has a disappointing ending or an ending that will leave you haunted, but we’re not going to reveal exactly how it does so.

/chart. No Nonsense. No Spoilers.