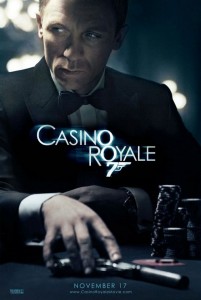 A newly elevated British secret agent embarks on his first mission as 007 in Casino Royale.

The latest film in the James Bond canon returns to its roots with a bang and, I must say, I was very impressed with the result. Daniel Craig does an excellent job. In fact, by the end of the movie I was thinking he might have a shot at being the best Bond if the movies continue at this level and if he gives it more than the three films he’s signed up for. Otherwise he’s likely to fall into the Timothy Daulton realm, though I can’t imagine the quality of the films falling off that badly from where it is now.

Let me start by saying that Roger Moore has always been my favorite Bond. That’s likely due to my only experiencing Sean Connery as Bond after the fact. My first Bond film was Live and Let Die at a drive-in. It had a major impact on me, searing Moore into my memory as the quintessential Bond image.

As far as Casino Royale goes, there was very little to complain about, and that’s saying a lot given countless concerns with Bond films going back to at least Moonraker.

On the plus side:

Craig works as Bond. I’ll cover concerns later. He’s got a persona that just wins you over. I was definitely someone who felt he’d make a better villain than Bond so I apologize for underestimating the actor. 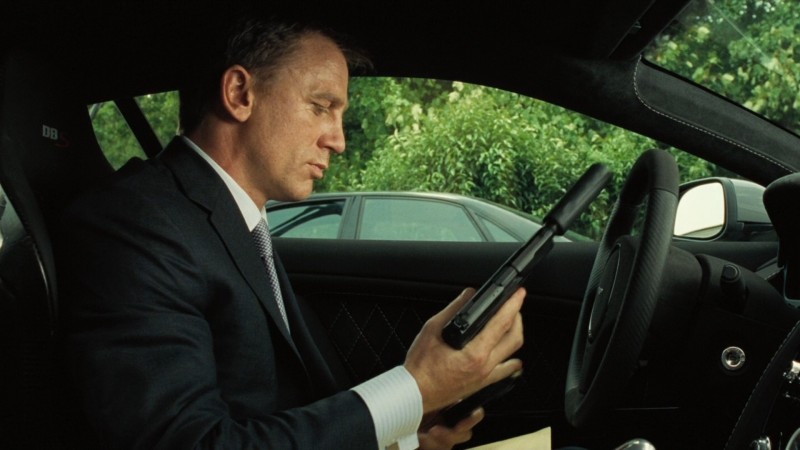 I saw a few reviews that suggested that the film lacked the classic Bond humor and I couldn’t disagree more. What it lacked was the over-the-top, campy, silly humor that had gotten old 25 years ago. The humor in this one is spot on and I sincerely hope it maintains this level moving forward.

Both the edginess of the script and the film’s look was a welcome change. Older Bonds were extremely superficial. This one was dark, foreboding and deeper than most Bond films.

The villain was excellent. My biggest gripe with Bond films, almost without exception, is that the villain is usually a ridiculously cartoonish character who’s entirely unbelievable. One of the things that made Goldfinger so good is that Auric Goldfinger was just plain evil. He didn’t need a prosthetic device or some goofy hobby. He was just a whack-nut who looked like everyone else. Except for a bleeding eye, this villain was quite balanced, normal and deliciously evil. If the guy walked around on a wooden leg it would have been unnecessary and distracting. “M” doesn’t need anything outlandish to be the head of MI6 so please, don’t keep giving the villains idiotic handicaps and personalities.

The music was pretty good, though I was surprised that the classic theme was pretty absent until the credits. The new song (by Chris Cornell) is extremely catchy and I find myself looking for it on the radio.

Also, the opening credits were simply fantastic. Whoever did them deserves recognition. It looked 3D and just really pulled you in.

On the bad side:

The movie was a bit long. I don’t mind that at all when the energy stays up but this one had about 20 minutes of story that just drug things out more than needed.

There were several plot elements that were blatantly obvious. If Bond conveniently found any more cellphones with critical info on them, I was going to lose it. It wasn’t just cellphones either. People simply don’t leave their most important belongings lying around for everyone to check out.

The producers would also be well advised to refrain from having Daniel Craig run so much in the next Bond films. First, he doesn’t look right running. It’s not as bad as Steven Seagal but it’s not much better either. Some people just don’t look right running all-out and Daniel Craig is one of them. What made it worse was that the guy seemed to want to run at the drop of a hat. Villain loose? Get running. Girl in trouble? Get running. In need of a snack? Time for another ungainly sprint.

I did find Craig’s ears to be a bit big, and slightly distracting initially, but that went away by then end. My most concerning criticism of Craig as Bond is that I think his voice isn’t right for it. Virtually every other actor playing the part had a very suave, romantic, commanding voice. Craig’s voice just doesn’t have any of those characteristics. Perhaps it’s something I’ll adjust to next time out.

All in all this is one casino trip that pays out big.