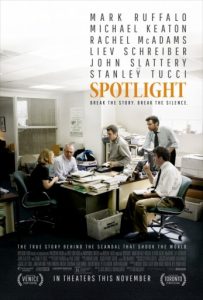 A team of investigative newspaper journalists uncover a shocking reality in the riveting true story Spotlight.

Just after the turn of the millennium, The Boston Globe found itself at a crossroads. Everywhere around the country, newspaper subscribers were dwindling and taking profits down with them. The Globe was no exception and responded by bringing in an outside editor, Marty Baron (Liev Schreiber), to help right the ship. The existing staff were entirely unsure what to make of the new guy and found their concerns tested almost immediately after his arrival. Baron insisted that his venerable and revered investigative unit drop what they were doing to look into a small story involving rumors of abuse by a local priest. The team, led by Walter “Robby” Robinson (Michael Keaton), followed one small lead after another, each time taking them ever deeper into a scandal that threatened to forever stain one of the world’s oldest and most revered institutions — the Catholic Church.

In 1972, a small, seemingly insignificant robbery at the Watergate Hotel offices of the Democratic National Committee exploded into the largest political downfall in American history with the resignation of President Richard M. Nixon. The determination of The Washingon Post and its reporters to expose the costly truth would be retold in the most acclaimed film on newspaper journalism — All the President’s Men.

The Globe’s “Watergate” moment is captured here in a tale every bit as gripping and dramatic as that 1976 Best Picture nominee. Every nuance of the pressures on all involved is presented with palpable detail. Baron’s big career move teeters on the brink from the outset. Robinson’s responsibility to the truth clashes endlessly with his loyalty to the city. Assistant Managing Editor Ben Bradlee Jr. (John Slattery) sees the moment for what it is — the story that will make or break his career in the same way that Watergate marked his father’s famous career as the head of the Post. Meanwhile, the antagonist of the plot, the Catholic Church, spends most of the film lurking just outside the periphery. They are as omnipresent in their absence as the shark in Jaws. Boston itself is laid bare with the same impact as a cadaver being exposed by the blade of a comprehensive coroner.

The writing and performances are as good as the subject is bad. The story takes hold in the first 10 minutes and builds perpetually upward to its eye-opening, jaw-dropping closing moments. It feels like having a front row seat at the dawn of the Big Bang. 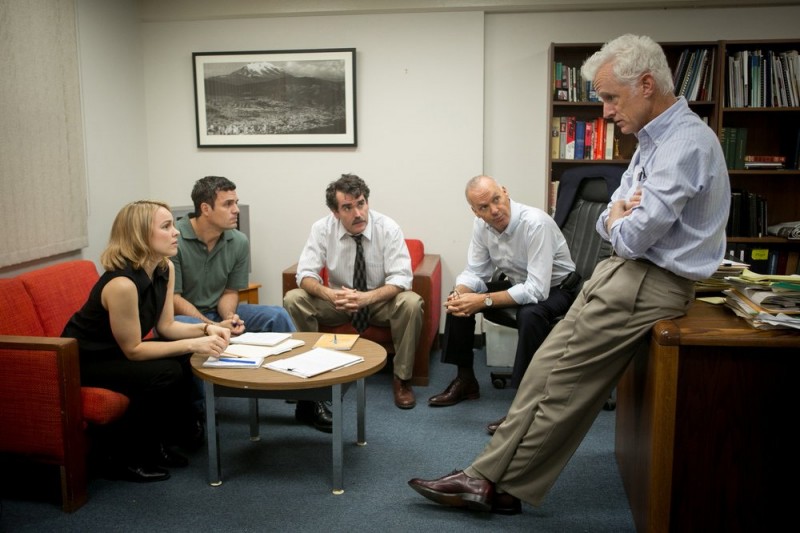