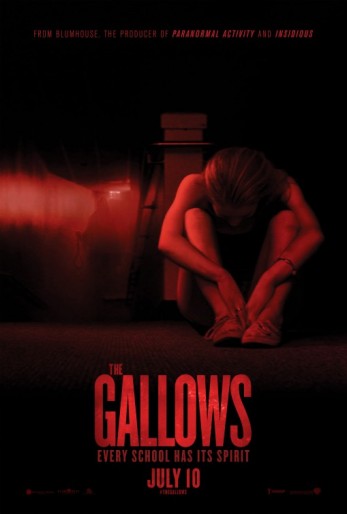 The ‘70s and ‘80s were a breeding ground for what became known as slasher films. In almost all of the plots, there was some person or event in the past that had an effect on the present. This is true for Halloween, Friday the 13th, Prom Night, A Nightmare on Elm Street and many other movies. There have been many attempts to bend the horror genre in different directions, and some of these trends just don’t stick. The worst of them all is the found-footage subgenre that got a big bump with The Blair Witch Project. Hey, filmmakers! It’s not clever or tolerable to use the found-footage format anymore. The Gallows is the latest attempt in a genre that should have been executed years ago. The Gallows made me want to hang myself because of its shaky, improbable camera work and silly plot points to support those transitions.

This is the first major film for cowriters/codirectors Travis Cluff and Chris Lofing, whose previous work was mostly shorts. Many filmmakers (and actors alike) make their mark in horror before moving on to other genres and bigger budgets. Unfortunately, The Gallows is not a great calling card for Cluff and Lofing despite the attention the film has received. That’s not to say that they don’t have the skills, either. They found a great, spacious theater for the primary location. The problem is that they cheaped out on the presentation of their story by forcing it into found-footage mode instead of just filming it like a traditional movie. It’s particularly annoying to know that there were many opportunities for someone to tell these guys to stop this nonsense. I care because I’m the one who had to sit through this dreck instead of a possibly cheesy but watchable current-day slasher film.

The title of The Gallows also refers to a play put on at Beatrice High School in Beatrice, Nebraska, on October 29, 1993 that led to a disaster. A student named Charlie Grimille was accidentally killed during a hanging scene in the play when the noose mechanism malfunctioned and actually hung him. It’s now 20 years later, and the high school is putting on a new production of the same play to mark the anniversary of the tragedy. I don’t understand how that makes any sense, but what do I know? Reese Houser (Reese Mishler) is a football player who wants to act in the play so that he can get closer to a girl whom he likes named Pfeifer Ross (Pfeifer Brown). Reese’s best friend Ryan Shoos (uh, Ryan Shoos) knows that Reese doesn’t really want to be in the play, so he somehow convinces him to go to the theater at night to destroy the set and prevent the play from happening. Huh?! Reese, Ryan and Ryan’s girlfriend Cassidy Spilker (Cassidy Gifford — yes, that Gifford) break some stuff in the theater before Pfeifer shows up for some ridiculous reason, strange events occur and everyone tries to escape.

These kinds of movies are almost never about the cast. They’re just fodder for the far more interesting killers. That’s true here as well. Mishler, Brown, Shoos and Gifford are all fine in their roles. They’re not the best actors, but you probably weren’t expecting Meryl Streep. Shoos walks around the most with the camera that provides our point of view, and he’s a very annoying narrator. Imagine having to listen to a teenager talking about the people and situations that he’s filming, and you have an idea of what I had to endure. This is another reason not to do a found-footage movie. There’s no escape from that character’s viewpoint. Why do the four main characters have the same first names as the actors portraying them? Is this some kind of ridiculous ploy to pretend as if the events of the film really happened a la The Blair Witch Project? If so, then why don’t all of them use their real names for the characters like Shoos? I have no answer other than that the filmmakers didn’t plan out all of this or they perhaps found it easier to not have to remember different character names when they talked to their actors. Who knows. It comes off as lazy and silly.

The use of cameras (mostly from cell phones) is my primary complaint about The Gallows. Nobody can walk around with a cell phone camera and keep it steady enough to watch without getting a headache. There’s a reason that someone had to invent the Steadicam for the motion picture business. It’s bad enough that the filmmakers presented The Gallows as shot through cell phones. They made it worse by working the use of the phones into the plot in such a way that would render the footage worthless if they truthfully followed the laws of motion and common sense. When the characters go into someplace dark, they turn on their cell phone lights. Well, when you’re carrying around a light like that, you’re not also shooting video and keeping it in focus. You look where the light shines and follow it like a flashlight. Even worse, Ryan turns on an infrared app in the pitch black sections of the theater and again somehow uses his phone to both navigate and shoot video. Ugh. Even in a found-footage movie, there are limits to what an audience will believe. 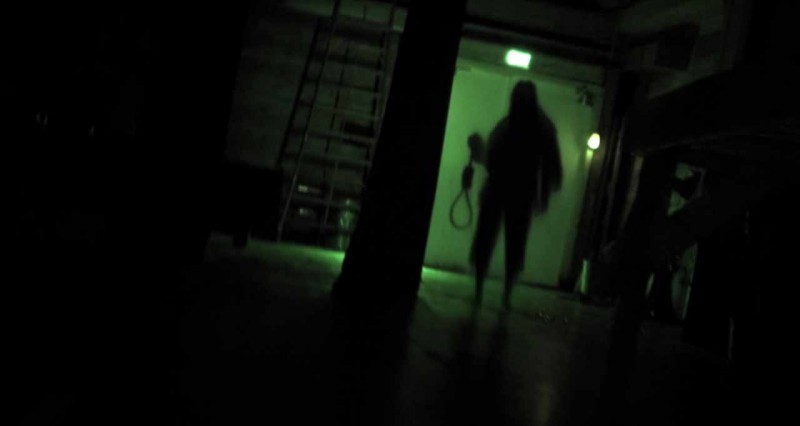 I’m convinced that I would enjoy The Gallows if the camera nonsense had been scrapped before release because the theater is a perfect location for a horror film. An empty office, school, theater or house is already spooky at night when you can hear every sound. Imagine a few scared teens in a theater that’s rumored to be haunted, and then the power and lights go out to top it off. I’m especially fond of the scenes in the bowels of the theater. The concrete walls and ancient doors look like a tomb. The wings and catwalks are also spooky with all of the ropes — remember that Charlie was hung — around to accompany the dangerous ladders and such. These areas are worked into the plot, so their atmosphere doesn’t go unused. The film would work as a murder mystery in this setting just as well as a horror film, and I’m sorry that I didn’t get to experience a workable version in either genre.

I didn’t have much hope for The Gallows when I realized the type of movie that it is. The trailer very carefully conceals that information. I love horror films, and I welcome newcomers to the genre if they have something fresh or at least interesting to offer. This entry almost made it, except that the filmmakers put nooses around their own necks by constricting their creativity to the inside of a cell phone camera. The gallows is a place that we all hope to avoid in life, and moviegoers should stay out of its shadow as well.