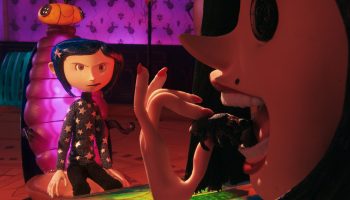 Next up for me is Coraline, a 3D stop-motion film, that very much has the look of Nightmare Before Christmas. The makers made sure to hype the fact that Coraline is brought to you by the same people the gave us Nightmare. This is about as accurate as stating that an Apple sales clerk brought us the iPhone. The idea […]