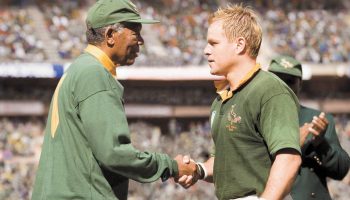 This week found me stuffing in another 2009 film in Clint Eastwood‘s latest film Invictus. The movie focuses on a specific segment of Nelson Mandela‘s early Presidency in which he enlists the aid of the national rugby team to help cure the ills of his fragile country. Mandela, played exceptionally by Morgan Freeman (as if […]