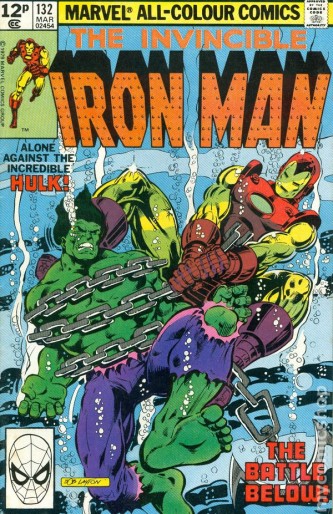 After the box office success of Iron Man 3, Marvel and Disney are quite eager to negotiate a new contract with Robert Downey Jr. to star in a sequel as well as another Avengers film. Downey seems to believe that his performance as Tony Stark would be more believable if he understood firsthand what it would be like to be filthy rich. But there’s the obvious question: What could happen in Iron Man 4?

The Iron Man comic book series has been around for nearly fifty years, so there is certainly a lot of material to adapt into the films. However, so much of it has been used already. Iron Man 3 incorporated elements of several of the character’s most popular stories, adapting the Extremis story line, The Mandarin and a suicide bomber plot from the opening story line of Matt Fraction and Salvador Larroca‘s sixty-issue run on the series. Iron Man 2 featured Justin Hammer, Black Widow — who made her comic book debut in a Silver Age Iron Man story — as well as elements of the Armor Wars story line as Stark fought to get control of technology he had developed. The Mickey Rourke character was also a combination of Whiplash and the Crimson Dynamo, two villains from the comics. For anyone worried that Marvel and Disney have been burning through the rogues’ gallery, it is worth noting that Aldrich Killian, the Guy Pearce character in Iron Man 3, had a much smaller role in the comics, committing suicide in his first appearance.

Speculation about Iron Man 4 will include some spoilers for Iron Man 3. There are several stories from the comics that Mavel/ Disney can adapt…

Daniel and Charles Knauf, the creators of Carnivale, had a respected stint on the Iron Man comics, set after Marvel’s Civil War crossover, in which Tony Stark became the Director of S.H.I.E.L.D. The big bad guy of that story line was The Mandarin, who was depicted quite differently in the films. But there is a way around it.

(SPOILER ALERT FOR MOVIEGOERS) The major twist in Iron Man 3 is that the villain depicted by Ben Kingsley is actually a red herring and that The Mandarin is really an actor playing a generic terrorist on behalf of an evil industrialist. Some comic book fans think it would be great to reveal that there is a real Mandarin, who could be featured in a sequel. MGK makes this argument.

Iron Man 3 can be read quite acceptably as setup for Iron Man 4. (Granted, they might not run with this, but: the only major villains Tony has left are Ghost, Controller, and Living Laser. Okay, and Fin Fang Foom, but they’re not gonna do Fin Fang Foom.)

Think about it. We already know, from the movies, that the Ten Rings exist as a terrorist group in the Movie Marvelverse; Killian appropriated some of their imagery for his “Mandarin.” People who culturally appropriate one thing will generally appropriate many things instead, as a rule; it would certainly follow that there is an actual Mandarin out there in the world, one who really does understand the value of subtlety (which Killian bragged about, and then immediately dropped the moment he felt like it) and who more than likely was either amused or irritated with these penny-ante second-raters using his name, possibly both. A man who has the one thing it has been made clear Tony really fears: something Tony cannot account for or control (i.e. the alien technology in his rings). And a man who not only has a connection to the men who stole his name, but – through the Ten Rings organization he most likely controls – is directly responsible for turning a rich wastrel genius into Iron Man.

This slow-burn introduction would make the “real” Mandarin all the more impressive when he does show up in the movies. It immediately puts him in a position of superiority, which is not easy for Hollywood to accomplish for a visual minority in the first place, but I think this is the only way you can do it. It makes him, essentially, into Iron Man’s equivalent of Loki: the villain you can’t simply kill off because he knows too much and in the future you might need him. I don’t know if the Marvel movies will go this route, but – it works.

There are several problems with this. It would be overly complicated, requiring filmgoers to be intimately familiar with the beats of an earlier movie. It would contradict what viewers have already learned, requiring several retcons. The idea that information in an earlier story line can’t be taken at face value is something comic book fans are familiar with, but it isn’t a selling point for the art form. It also undercuts the message of Iron Man 3 if there really is a Mandarin and he wasn’t just a construction meant to rile the American military-industrial complex.

Iron Man VS. The Hulk

Marvel has a slight problem. The Hulk was rather popular in The Avengers, but they’re not convinced he works as the lead of a film. However, they could just use him as one of the antagonists in the Iron Man sequel, especially with Mark Ruffalo‘s appearance in the post-credits scene of Iron Man 3. There have been a few notable clashes between Iron Man and the Hulk in the comics. Well, there’s mostly been one: a well-received two-issue story from David Michelinie‘s run on the series.

Demon in a Bottle

The most acclaimed Iron Man comic book story deals with his alcoholism as Tony Stark’s life goes to hell thanks to the machinations of a corporate rival who frames Iron Man for the murder of a diplomat and commands an army of super villains. It’s quite easy to seed Tony’s personal problems in The Avengers 2 if he’s shown drinking as much as he did in Mark Millar and Bryan Hitch‘s Ultimates — the comic book story line that influenced The Avengers film the most. It would be more serious subject matter than the typical superhero film, which could earn praise and awards consideration.

Dealing with alcoholism was a bold move in the comics, but Disney might not be up for it in a multimillion-dollar sequel. It isn’t clear that filmgoers would be interested in the idea or that they would be able to take it seriously in an adventure film. That said, Iron Man 3 did essentially deal with his post-Avengers PTSD. 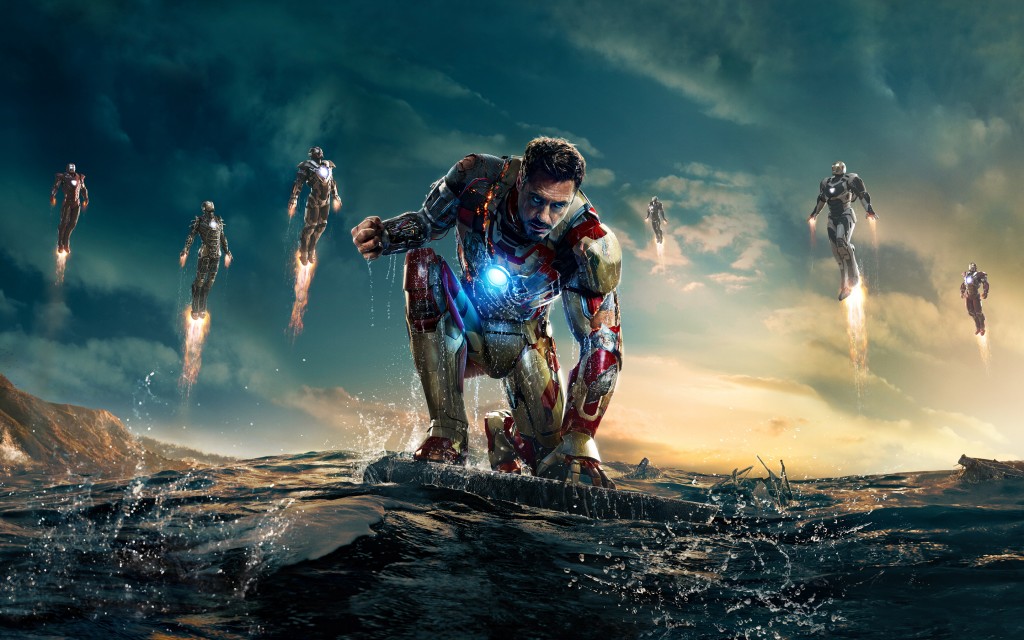 The Mask in the Iron Man

Former Marvel Editor-in-Chief Joe Quesada wrote a well-received five-issue arc in which one of the Iron Man armors gained sentience. This would be a new situation for the hero, pitting Tony Stark against Iron Man. And it would build on lessons the character has learned in Iron Man 3 as he realized that he was more than the weapons he had built.

Another acclaimed story from David Michelinie’s run on the series pit Iron Man against Doctor Doom in an adventure that took the two to Camelot. It seems unlikely that Fox will allow Marvel and Disney to use a villain they own the cinematic rights to and this would also complicate their plans to relaunch the Fantastic Four film series. Marvel could always substitute Kang the Conqueror, a time-travelling Avengers villain.

According to an Empire Magazine podcast, there is a lot of material that was filmed for Iron Man 3 that was filmed but never used. It would be cheaper for the producers to incorporate that into a new story. There were also elements excised from earlier drafts of the film, although we’re probably not going to see a super villain seducing Gwyneth Paltrow‘s Pepper Potts and making a sex tape.

The opening arc of Matt Fraction’s run on Iron Man introduced Ezekiel Stane, son of Obadiah Stane, the main villain of the first film. The suicide bombers arc was incorporated into Iron Man 3, but Ezekiel Stane could be an interesting villain — a corporate rival unlike his father or the Justin Hammer of Iron Man 2, who isn’t meant to be able to hold his own against Tony Stark. He would be someone just as smart and ambitious as Stark but younger and more vicious.

The second arc of Fraction and Larocca’s run saw Tony Stark on the lam. Super villain Norman Osborn was put in charge of S.H.I.E.L.D., and he decided that this meant he owned all of Stark’s records. It seems unlikely that Spider-Man’s greatest enemy will be allowed to be the villain in an Iron Man film, although there are plenty of generic evil businessmen to whom Marvel does own the rights.

If the last few films are any indication, the inevitable is probably going to be a combination of much of the above. You may have Tony Stark dealing with alcoholism as Ezekiel Stane plots against him, or his job as Director of S.H.I.E.L.D. may pit him against the Hulk. A sex tape plot point remains unlikely, though.