… and the same is true for this blog. I’ve decided to make some changes by bringing in some fresh viewpoints and more.

For those that aren’t aware of the genesis of this virtual space you need to know a bit about me. Way back in the 80s I was asked to give an interview to a major publication. I did it and was awestruck by the experience. That magazine liked my perspective enough to ask me to write a feature for them. That singular effort led to a freelance role, and then a staff writing role, and then a columnist role, followed by an editing role (Arnie Katz is still wondering how that was possible). Those were followed up with a publishing stint and several books along the way. 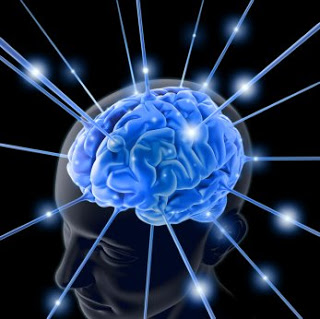 All of this from a student whom, I was told, set a high school record for consecutive D’s in English over all four years. My guidance counselor couldn’t recall anyone who so consistently managed that feat. She was shocked when I told her that in my senior year I’d decided to up the ante and take Academic English. The result? Five more D’s (that’s a D in each marking period and a D on my final). My English teacher that year, Mrs. Dennis, told me at graduation that I’d actually failed but that she passed me. Why? She said it was because I put in the effort and that I showed both promise and talent, but that she just couldn’t reach me with regard to the foundation behind it all. Quite a perspective. I later dedicated one of my books to her and never forgot her amazing gesture.

In other words, I never fancied myself a writer. I did the interview for the experience. I did the writing for the acclaim and then for the goodies that came with it (oh there were goodies). Finally, I did it for the money. I never did it for the writing experience. I’ve had wonderful editors over the years that know I couldn’t identify a dangling participle if my life depended upon it. I write — my editors always told me — conversational prose. I always laughed at that because I I never found my writing to be like any conversation I’ve ever had. In fact, I proved that point when speech recognition software came on the scene and I started dictating my columns only to despise the results.

When the industry collapsed with the crash of the dotcom bust everything related crashed with it. Newspapers no longer paid for columns. Magazines couldn’t keep subscribers. Books no longer paid what they once did. My venues dried up and I realized I’d also lost the fire to keep at it. I stopped writing professionally at the end of the millennium. It seemed like a nice apropos place to drop a final period.

Then something funny happened. Thoughts would occur to me. Concepts would roll around in my head. Opinions would bubble up, boil over, and I had nowhere to target them. Lo and behold I found I missed writing, but by then my career was going in another direction. Getting paid to write just wasn’t in the cards. I could have done it but writing professionally takes a tenacity and desire that just isn’t there in me any longer. Been there. Done that. Then it dawned on me. Why not just write a blog? Everyone else seemed to be doing it, and thus it began. The process provided exactly the outlet I’d needed.

Now, six years later, I find I want to try something a bit new just to see what happens and so, in the very near future you’re going to see some changes here and I hope they’ll be good changes. They’ll certainly be, for me, exciting changes. I hope you agree. If not, tough. Go write your own material.