President Obama said that if we provided the $787 billion stimulus package that unemployment wouldn’t go above 8%, right? He promised this, right? 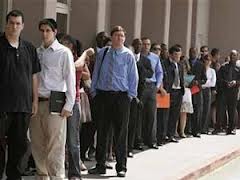 Let me make this simple. This is the age of the Internet. Everything is readily available. Go ahead and search for it and send me the link. I won’t hold my breath and you’re not going to find it. Obama never said it. No such recording exists.

The fact is that Obama never said it, never wrote it, never Tweeted it, etc. This great “truth” comes out of a report from the Council of Economic Advisors called, “The Job Impact of the American Receovery and Reinvestment Plan“. It was written by that group’s chairwoman and Vice President Joe Biden‘s top economic adviser.

The reality is that this was nothing more than a projection that included a large number of disclaimers denoting that the margins for error were high and that economists had wide-ranging views on the topic.

I still hold President Obama responsible (along with others) for the slow recovery we’re staring down but this one comment doesn’t have any basis in reality and doesn’t deserve any respect when utilized.