Over the course of the last two debates Congresswoman Michele Bachmann has shown everyone why she’s not Presidential material. I’ve been listening to this woman for quite some time now as some of the radio shows I used to monitor were from her neck of the woods so her name would come up often.

Her comments are continually off-the-mark. It seems to me that she must have had an entire lifetime of luck with respect to being able to say things without being challenged on them and relying on a voter block that’s swayed simply by the sound of the message and not the actual message itself.

The list of gaffes, misstatements and flat-out lies is a pretty long one but the two most recent ones are quite noteworthy. 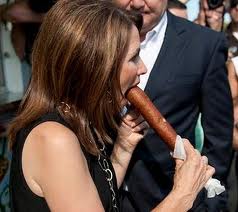 Always Putting Something In There

The press went on a frenzy trying to prove this but Bachmann, of course, could provide no proof of this claimed encounter and no person has come forward to claim responsibility. The argument goes that they want to stay out of the spotlight. Think about that. A person that claims their child contracted retardation approaches a Presidential candidate after a national debate but this same person doesn’t want to be in the spotlight to bring awareness to the situation? No way. This one is a complete lie fabricated out of thin air simply because it sounded good at the time.After the Tea Party debate Bachmann told a story about a woman that came up to her to inform her that her daughter had received the HPV vaccine and contracted mental retardation as a result. She had the audacity to say this on national television in an age where it’ll get replayed time and again and immediately looked into. First of all virtually no one in the medical field believes any such thing is even remotely possible from a vaccine. Granted, there is potential for serious side-effects from vaccines. My own step-father is still recovering from his first flu shot a year ago that left him hospitalized and partially paralyzed for a period of time. That said, no one has ever just contracted “mental retardation” from a vaccine.

I didn’t see much of last night’s debate but what I did see was fun. I only saw Bachmann once and that one snippet was classic Bachmann. During a response she dropped in the comment, “President Obama has the lowest public approval ratings of any president in modern times. He hasn’t gone to the basement yet. It’ll be a lot lower than what it is now.” Not a single person in the audience responded. I heard it and immediately realized this was complete nonsense. Why would someone say something so patently false?

In the second case Obama drops down a bit to seventh (Reagan, the messiah, is tenth). In neither case does Obama come close to matching Bachmann’s ridiculous claim. He may be lowest in her head but that’s not what she said or even intended to say.

The point is that we can’t have a President who just makes shit up off the top of their head for effect. This approach might work when your typical follower is taught from birth to have faith above all else in others and not to question things but it doesn’t work for anyone else that has a brain and, more to the point, it’s downright foolish and dangerous in a President.