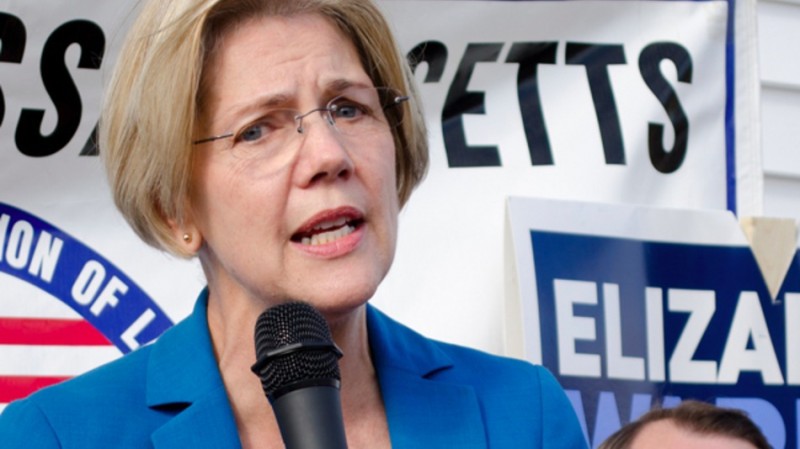 This is the highest Warren has been placed in The CHASE, and it would be difficult to see her rising ahead of Clinton or Biden over the next year-and-a-half.

Last week, she was ranked ninth on Chris Cillizza‘s list, so there is some disagreement on the probability of a Warren presidency.

There are striking similarities between her and previous nominees. Elizabeth Warren will be a freshman senator with a book tour before the Midterm elections and has an academic record that impresses intellectual activists — two things that worked well for the current President. She also comes from the big state next to New Hampshire that produced three of the party’s last five winners in that state’s presidential primary (Michael Dukakis, Paul Tsongas and John Kerry.) Some believe that, after the losses in 1988 and 2004, the party will be unlikely to nominate a Bay Stater, but in general, if there’s a marked tendency for something to happen, it is more likely to happen again. Voters in the Democratic party generally believe it’s time that a woman was nominated on the top of the ticket, especially since the election of the first African-American President makes this the most significant glass ceiling for a presidential candidate to shatter.

Of course, one particular woman is seen as the favorite for the nomination. If Hillary Clinton runs for President again, the field will be defined by her decision. Many other Democrats will avoid that fight. Warren is one of the few unlikely to be apprehensive about Hillary’s decisions.

Due to her age, she is unlikely to have another opportunity to run for President. So she has no incentive to wait. Hillary Clinton would be unlikely to pick another woman — especially one from the bluest state in the Northeast — as a running mate, and Warren doesn’t seem interested in any cabinet post, so it would be difficult for the Clintons to reward her for staying out of the race. She has also been willing to criticize Hillary Clinton in the past, so she would be unlikely to believe that Clinton is the best possible choice to be the next President. 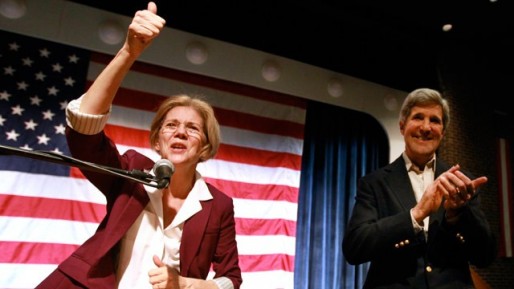 Warren may be the strongest of the potential primary challengers to Hillary Clinton. She could fire up the activists, be competitive in New Hampshire and block any claims to the White House based on identity politics. A choice for Elizabeth Warren as President would not delay the breaking of that glass ceiling, and Warren may be more of a feminist choice because she isn’t following in the footsteps of a famous husband. She’s also roughly the same age (born in June 1949 rather than October 1947), so the Clintons can’t claim that their rival benefits from ageism. Clinton’s probably more electable, but that may not be an issue if Republicans nominate a Rick Santorum and a Democratic victory looks certain or if polls show Chris Christie getting sixty percent of the vote and Republicans look like they’ll win regardless of who the nominee is.

I just read David Foster Wallace‘s account of John McCain‘s 2000 presidential bid, and it does reveal one potential opening against Hillary Clinton. One reason McCain came so close to winning the Republican primary then and that Obama won in 2008 was that they were effective at convincing younger voters that they weren’t typical politicians. Hillary Clinton would never be able to say “You may disagree with me, but I will never lie to you.” Bill Clinton’s wife would still start out as a strong front-runner, but there would still be an opening for Elizabeth Warren.

If Hillary opts not to run, Warren would start in an open primary as one of the most high-profile Democrats. This assumes she wants to be President. 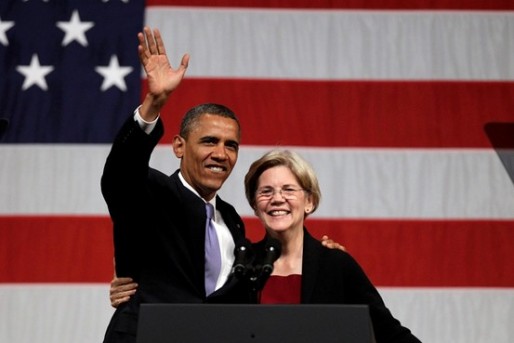 Warren’s odd in that respect. She could run and win the nomination, but she would be unique among all the older presidential candidates in that she probably didn’t look into the mirror five years ago and see a future President.

I’m sure Al Gore in 1983 and Barack Obama in 2003 (both of whom made presidential bids as fourth-year Senators) saw it as a possibility in their political futures, even if they may not have realized how soon they would be able to run for the office. Other older candidates had made previous bids or waited until there was an opening — Newt Gingrich in 2012 — before making a go at the White House. Warren didn’t really gain the conventional qualifications necessary to run for President until last year. She didn’t announce her intentions to run for Senate until September 2011 when she was in her early sixties, and that was for a seat that became available for a new Democrat in January 2010 with Scott Brown‘s surprising victory. The main precedent for a Warren presidential bid is Gerald Ford, who went from aspiring Speaker of the House to accidental President in the space of an year.

Another disadvantage for Warren is that candidates with shorter résumés don’t tend to win presidential elections unless the party has been out of office for two or more terms. Those were the circumstances of the nominations of General Dwight Eisenhower (who had not held elected office before), John F. Kennedy (whose senate tenure was much shorter than that of presidential nominees Bob Dole, John Kerry and John McCain), Jimmy Carter (elected to statewide office six years before he became President), Bill Clinton (the only small state Governor ever elected to the White House), George W Bush and Barack Obama. It is possible that there is some correlation here as it could just take time for new political figures to emerge after the other party gets the White House.

Last year, I would have dismissed Warren because of her difficulties running for election in a very blue state. However, her win against Scott Brown was credible enough that she can’t be completely ignored as a presidential candidate. She’s yet to demonstrate an interest in the office, but she has enough advantages that she could enter the nomination quite late and still win. There’s just no indication that she wants to do that. Meanwhile, there are many other Democrats who have been looking in the mirror for years and seen future Presidents looking back.