Today’s news includes a surprisingly early endorsement of Mitt Romney from New Jersey Governor Chris Christie. What I found interesting about this endorsement is its timing just a stone’s throw after Christie dashed any hopes of his running for President. 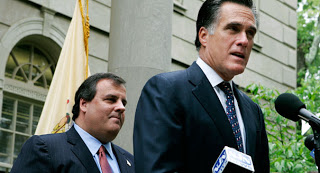 What I suspect is that Christie really did re-consider his potential candidacy but without ever really believing it was his time (as he’s said). However so much pressure was brought to bear on him that he had little choice but to consider it. Who, at this point, would a Christie candidacy hurt most? Why Mitt Romney of course. And if you were considered the front-runner of the party what would you do to keep Christie out of a race he really doesn’t have his heart in? Perhaps you’d offer him a role in your administration in return for an early endorsement that would help seal the deal with the party.

That makes total sense to me and it certainly fits the timing. Think about it. Why now? There’s little reason why Christie would care about the timing except if he already has spoken with Romney and had a reason to help the guy lock up the spot. Let’s face it, politicians do not do string-free favors for other politicians. There’s always an angle and this seems to be the most obvious one.

Also both of them have met privately before to speak about this election cycle (the picture above is from a meeting they had in Princeton back in late January).

So, if Romney does get the nod I’m not going to raise an eyebrow later should Christie “suddenly” get an offer to join a Romney administration. I have my doubts about his getting chosen as the VP candidate. That would be a real blow to the Tea Party faction and both are from the Northeast so Romney can’t really afford to go that way unless he feels Christie is so beloved in New Jersey that his aura would also help to carry New York and Pennsylvania along with him (but any look at the polling will tell you Christie—contrary to what you hear on Fox News—is not that beloved here in New Jersey.