Today the FCC killed the Fairness Doctrine. This policy at the FCC was created in 1949 to assure that all broadcasts presented issues in a way they deemed as “fair”. Of course that concept is all too flexible and could be construed in different light depending on any number of political pressures. 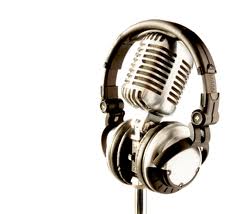 It’s been a major rallying cry of pundits on the Right for several years now including a slew of mentions since President Obama took office. Pundits all over Fox News and conservative radio have assured their listeners that the socialist Obama and his minions would do everything in their power to enforce and embolden the Fairness Doctrine to remove the views of these pundits from the airwaves. It sounded entirely like made-up BS to me from day one. I don’t know any independent and very few Democrats who would stand for that sort of attack on free speech.

As much as I despise the message and the approach of these shows I fully support their right to present it. I knew there was absolutely no chance of this ever actually coming to pass just as it’s clear Obama isn’t going to do anything about a litany of other hard-Left issues (not that you’d get that view from these same pundits who like to give their listeners the perception that we’re about to turn into the Soviet Union).

My big question today is, will any of these pundits admit they’ve been wrong all this time now that a Democratic administration has seen this policy go down? I’m not going to hold my breath as I’m sure none of them will. This is yet another example in a long list of examples where the prophetic skills of these pundits proves to be virtually perfect in getting it all wrong. When are the followers going to wake up and realize they’ve been lied to and misled by people who never get their facts or their predictions correct?