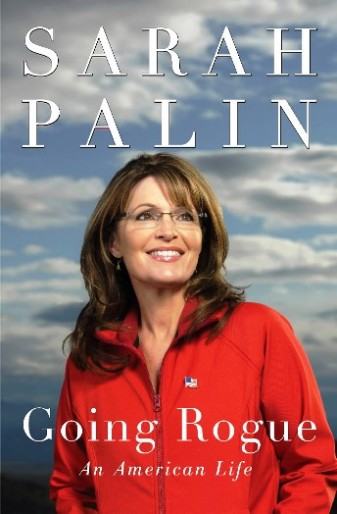 Quite a bit has been said about a story put up by Calvin Woodward of the Associated Press. The story is a fact-check piece he did on Sarah Palin‘s new book, Going Rogue. The conservative blog Politico took issue with the story and managed to create an entirely new talking point that’s exploded across the conservative punditry channels and now is showing up on the tongues of conservatives all over.

At issue is the story by Politico that the AP piece mentioned 10 contributors. The problem here is that even though this very story mentions why that isn’t a big deal it became a big deal when Sarah Palin used it to rip the AP on her Facebook page. Of course the conservative punditry then ran with it and started passing around the canard that AP assigned 11 people to fact-check Palin’s book but only has one or two people covering the much more important health care reform bill.

I’ve now run into this on various conservative forums and one where they posted a reference to this in The Wall Street Journal that has extremely dubious roots. That story tries to compare the pages of the health care reform bill to the pages of Palin’s book to suggest the AP is biased. They’re supposedly biased because they “assigned” more people to the fact-checking story than to investigating the health care bill.

Anyone that knows anything about news reporting and publishing knows what a joke this story is. I’ve been on staff and made a living writing. It’s all hogwash.

Do you ever see a story with more than one name at the beginning? That means they both worked fairly equally on it and shared the credit. When I’d be covering something and needed some input I’d send out an e-mail to others on the staff. If they came back with comments and I verified their information then I’d list them at the bottom as contributors. Their input was clearly not enough to gain them a by-line.

It’s clear to anyone that wants to see this without conservative-colored glasses that Cal Woodward knew the staff people who covered the campaign and had first-hand knowledge of specific areas HE was covering. If all he did was e-mail them or pick up the phone and ask them their recollection then he likely included them as “contributing”. These accusations make it sound like 10 people, who didn’t do enough to earn a by-line, were working on this story night-and-day in a deep-rooted effort to destroy Sarah Palin. Total and complete NONSENSE.

It’s far more likely that it went like this:

MA: “Matt Apuuzo”
CW: “Matt, this is Cal Woodward. I’m working on a fact-check story about Palin’s new book and I’m trying to verify her views on going on Saturday Night Live. You worked on a story about that. Can you shed some light on it?”
MA: “Sure Cal. Hold on. Let me bring up my notes….. Okay, yeah, Steve Schmidt, McCain’s campaign manager told us that Palin wanted nothing to do with going on SNL and provided an e-mail from her on (whatever date) saying (whatever she said).”
CW: “Thanks Matt. That’s all I needed.”
MA: “No problem. I’ll send the notes over.”

And Matt Apuuzo then gets a contributing credit. I guess he should be miffed no one’s yet called him about the health care bill but then again since the health care bill doesn’t involve stories that include countless different events it’s not all that necessary to involve 10 other people to cover what’s in it.