The morning after the election leaves me with many thoughts, but there are a few key ones that rise to the top of the list.

First, this election was a validation of the value of research and data. Virtually every major polling company laid out their view of the election and, with few exceptions, their information proved extremely reliable.

At this point Nate Silver, of the FiveThirtyEight blog, looks like some sort of magical oracle when, in reality, all he did was apply basic data analysis processes to all the polling data. As he said on several occasions, all it took was the ability to do simple math, like averaging. His predictions, like his previous ones, were eerily accurate: 313 electoral votes for President Barack Obama versus 225 for Mitt Romney. 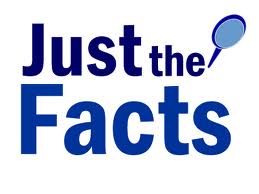 The numbers also clearly showed that turnout was going to be every bit as robust as it was in 2008, and yet those on the right continued to believe what they were being told, which was to ignore the data. It was flawed. It doesn’t make sense. For me much of the turnout (and the Republican’s belief of it not being possible) was like hitting a hornet’s nest and believing your friends, from afar, telling you that hornets aren’t going to bother showing up. Half our electorate supported an all-out, kill-or-be-killed assault on the other half that clearly provoked a major response from the left.

Second, the election really needs to resonate with Republicans and their continued decision to do everything except support a government that must embrace compromise to function. College transcripts, birth certificates, the use (or non-use) of the word terrorism, portraying a clear moderate as a die-hard socialist, have all gotten Republicans nowhere.

What’s more is that 2016 will only be a harder path for them should the status quo remain. More of the boomers will be gone. The country will be that much less white and dramatically more diverse. One of the best snippets I heard all night bouncing around the news channels came from CNN‘s David Gergen. He pointed out that winning 61% of the white vote in 1988 gave George H.W. Bush the Presidency with over 400 electoral votes. Last night similar numbers just a generation later returned roughly half that number for Mitt Romney. That’s a stunning fact and a clear indicator of where we’re heading.

If major introspection doesn’t happen — and quickly — I can’t see how this party can survive. The problem is it’s going to take a large case of pride-swallowing across the entire country. These people have willingly chosen to believe what they wanted to hear no matter how clear it was that the emperor had no clothes.

Speaking of that, I cannot help but focus on one such glaring example that I’ve been focusing on for years — Dick Morris. Just as I said time and time again, here’s a guy who uses people at every turn and has gotten rich simply telling people what they want to hear. If this guy is still employed and seriously listened to by any major sources on the Right then I’ll know there’s no hope.

Time and time again this man goes on every show he can find and makes predictions that simply never come to pass. He has to stand as the person with the worst track record in modern times and yet, over and over, he’s asked back to give everyone some more. How’d Morris do last night? Well, he laid out his views clearly just the other day on Greta Van Susteren‘s Fox News show.

Let’s take a look at the details:

He ended the piece by saying, “I look forward to coming back on your show with a big massive, ‘I told you so’.” I actually wonder if he plans to do just that, and with a straight face. I’m sure he’ll show up. Of that there will be no doubt. The real question is, why would anyone bother to invite him or listen? (Update: He did show up and essentially said he blew it on turnout models. In other words, he ignored the numbers which is exactly my point. I also found it very telling that when he was discussing Romney getting over 300 electoral college votes, he referred to it as a landslide more than once. Now that the President has gotten 300 to 330, depending on Florida, he’s saying the President “squeaked out a victory.” This is the sort of detail we need to be paying attention to and calling people on when they want us to give them credibility and respect.)

The bigger question for me is, how much more of this will conservatives accept from their sources before they finally realize they’re being used and lied to? I can’t fathom what it must feel like today for those who were practically promised a Romney win. This is the latest in a long list of failures of prognostication on the Right. Worse, I firmly believe those really weren’t failures at all, but coordinated efforts by power players trying to simply will a desired result into happening by lying to everyone they could get to listen. For those who did, it’s time to wise up and realize just how foolish they’re making you look. Stop listening, and let’s start demanding that our representatives stop playing games and work together to fix this country.