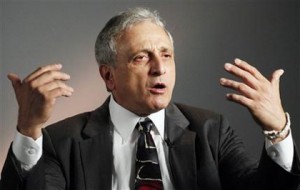 The GOP has gone completely off the rails with some of the drek they’ve put forth as “viable” candidates this election cycle and, amazingly, it seems to be okay with much of their base.

“We must stop pandering to the pornographers and the perverts, who seek to target our children and destroy their lives. I didn’t march in the gay parade … parade … this year — the gay pride parade … this year. My opponent did. And that’s not the example that we should be showing our children, certainly not in our schools. And don’t misquote me as wanting to hurt homosexual people in any way; that would be a dastardly lie. My approach is live and let live. I just think my children, and your children, will be much better off, and much more successful getting married and raising a family. And I don’t want them to be brainwashed into thinking that homosexuality is an equally valid or successful option. It isn’t.”

The interesting part is that stories on this are focusing on the brainwashing part. What I found most offensive was the opening line connecting being gay with pornographers and perverts. How is this guy even on the radar as, in his own words, a valid option? It boggles the mind. If this is what half the country believes then I’m ashamed to be an American.