The listeners and viewers of the various right-wing shows are being duped. It’s just that blatantly obvious. Yes, I know. You think what these people are telling you sounds so simple and so right. That’s only because you share a similar viewpoint and these sources know it and are exploiting you.

Today Sean Hannity and the others are up-in-arms about President Barack Obama‘s down-in-arms deal with the Russians. He and the others are begging anyone that will listen to demand that Obama follow the wise and learned path that Ronald Reagan took and to listen to what he had to say about a strong defense. 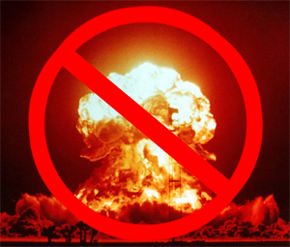 The only problem with all of this is that if you actually did do that you’d find how absolutely paper-thin their stance is because Reagan was a staunch opponent of nuclear arsenals. He tried, at every turn, to reduce our missile arsenal. There are over 150 direct quotes of Reagan saying exactly that. As I’ve pointed out before Reagan had an agreement with Soviet Premier Gorbachev to abolish both sides arms and only lost that agreement when he refused to negotiate the death of the ill-fated “Star Wars” initiative.

Here’s just one of the comments: “I believe we’ve come to the point that we must go at the matter of realistically reducing… if not totally eliminating, nuclear weapons—the threat to the world.” This was delivered to the editorial board of the New York Post in 1982.

How about, “My dream is to see the day when nuclear weapons will be banished from the face of the Earth.”

And then, “A nuclear war cannot be won and must never be fought. And no matter how great the obstacles may seem, we must never stop our efforts to reduce the weapons of war. We must never stop at all until we see the day when nuclear arms have been banished from the face of this Earth.”

Yes, Reagan understood that it was essential to keep the arsenal as long as the Soviets kept theirs but he clearly and firmly believed in his soul that the goal must always be complete nuclear disarmament.

By the way, this is exactly what the Nobel Peace Prize people were talking about when they spoke of giving an award to someone in hopes they would prove their worthiness to receive it.

That people who know better would invoke the memory of Reagan as an excuse for why you should be against President Obama today just shows the complete lack of integrity any of them have for history, for President Reagan’s legacy or for the intelligence of their own listeners. If you hear this ramblings and buy into them then shame on you. You cannot possibly read the comments from Reagan himself and also believe that Reagan was a supporter of keeping a missile defense above any other goal.