The huge chasm between the right and left of politics in America isn’t going to abate until both sides can admit that reason is being trumped by ulterior motives.

A case in point was had on the local conservative radio station here that I checked in on while at the gym (the bike I chose had a TV that was out and any distraction from exercise is better than none). During the evening hours there’s a host on by the name of Gary R’Nel. I’m not sure he’s ever said much of anything that I’ve agreed with in its entirety. Usually it’s the opposite.

Anyway, last night he got to talking about a couple of issues that speak to what I’m getting at. The first is about the voter ID issue.

Reason dictates that it makes complete sense for people to provide some form of ID when voting. Forget everything else you know. Leave the politics at the door. Showing ID when you vote just makes common, reasonable, sense. You show ID for just about everything else in the country. Heck, if you try to claim a student movie ticket there’s a good chance the theater will ask for a student ID. I’ve had to go get my son a few times when trying to do this.

However, the bias comes through as soon as the arguments appear. The right will tell you it’s all about fraud but yet they cannot find any widespread examples (or any examples) of voter fraud as a result of this. Oh, they’ll mention vague things they heard from someone else but nothing that actually stands up to any scrutiny. Instead, the pundits play the ever-popular fear card. It’s about the fear that Democrats are the type of people who will steal elections sooner or later — if only they were bright enough to coordinate their efforts to do so en masse.

Reason doesn’t have a play in this game and it’s all due to ulterior motives. The left, I believe, would be entirely fine with the idea of voter ID if they didn’t clearly understand that this has virtually nothing to do with voter fraud on the right. The sheer gall of such people is absolutely insulting to the intelligence of everyone involved. This movement has everything to do with voter suppression. They know the realities and know, through mass media, that such laws would have a big enough impact on voting from the left as to swing the election in their direction. Once that cat got out of the bag there was no getting it back. Conservatives everywhere jumped immediately — seemingly out of nowhere — to the clear, reasonable position but in a completely transparent way. 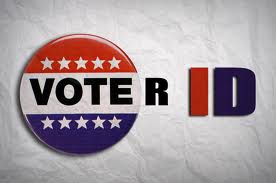 How can I say it’s transparent? Well, there’s a pretty simple reason for that. There’s that word again—reason. Ask anyone that tells you voter ID is all about preventing fraud, how they feel about absentee ballots. You’ll get a blank stare, some clearing of the throat, some skyward glances and a curled lip or two. Maybe, if you’re lucky, they’ll mention that any reduction in the possibility of voter fraud is better than none — but don’t hold your breath. They don’t have an answer for this because, in their hearts, their position is paper-thin. It’s not about voter fraud, it’s about voter suppression and they haven’t thought it through fully. Plus, there’s a feeling that Republicans vote absentee more than Democrats so they wouldn’t want to risk losing that.

Again, it’s about the ulterior motive beneath the reasonable position. If you’re going to present a solution to a potential problem then your reasoning needs to be sound across the board and free of ulterior motives. Few people are really that dumb as to not see right through such antics.

The second issue involved President Obama appearing on late night TV. Comments included a heavy dose of his lowering the status of the title and that he thinks he’s a celebrity and needs to get back to doing the job we elected him to do. This is, of course, all nonsense. Any reasonable analysis of the situation underscores the changing times we live in.

I’m sure if I search around I’ll find a cadre of people who think he’s lowering the status of the office by texting.

Franklin Roosevelt understood the power of radio and used it to political advantage changing the messaging approach forever — just as radio changed the world forever. John F. Kennedy grasped the power of TV before Richard Nixon and changed the messaging approach forever. Guess what people — technology changes all of the world forever—including the way the President reaches all the people and his supporters. You used to be able to walk right into the White House and see the President. Taking that away changed the role forever but in a good way and as a result of the ever-changing times we live in.

The President is — like it or not — running for re-election. Going on Late Night TV to connect with your base isn’t a big surprise. The President also went on The Daily Show. There were very few stories the next day about this lowering the status of the President. In fact, I don’t recall any. Suddenly, in the heat of an election it’s a big deal. If it’s about his not doing his job then where was the indignation at President Bush for all the vacation time? Again, it’s the ulterior motive beneath the position.

The fact is that times have changed. Candidates — and that’s what the President is — need to be all over the spectrum to raise funds and energize their base. If you’re not happy with that complaining about it irrationally isn’t going to change anything. Vote to change the way the system works. Do something other than to keep your bias pasted clearly on your forehead for everyone to see.