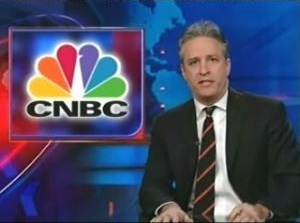 I’ve been hanging out on a few heavily-conservative forums to see what the signal to noise ratio is on these sites and it’s pretty much what I expected. Understand that I see the same sort of examples on liberal sites as well especially on sites like Media Matters and Huffington Post. Liberals on sites such as these will often post all sorts of nasty messages aimed at the other side and the favorite conservative sites are no different except for the direction of their attacks.

I hang out on both in a likely fruitless attempt to bring some sort of understanding of the other side. I find it’s almost impossible these days. Take, for example, the issue of hate. The liberals are absolutely certain, without any doubt whatsoever, that the Republican party is the party of hate. They can list endless examples of this fact and get complete agreement among their peers. The same is also true of conservatives. They are just as certain and have just as much in the way of examples and agreement that the Democrats represent the party of hate. They firmly believe that conservative women in politics are treated far more harshly than liberal women in politics. I see both sides acting the same frankly.

What I’ve found interesting is in how they respond to Jon Stewart. Stewart is an interesting situation for them. He’s been mentioned on virtually every show on Fox News with the latest example being his pointing out misleading video being used on Sean Hannity‘s Fox show and Hannity’s subsequent apology. What started out as a discussion of Fox’s so-called fair and balanced claim spawned a thread I started called, “Stewart says it clearly.” I find Jon Stewart has this way of pointing out, in cringing detail, the hypocrisy of the world of politics. When I post his segments conservatives go on and on about all sorts of things but they never address the video in question. When I finally pushed on this, and pointed out how it just doesn’t happen, the response was to admit that essentially Stewart’s stories are correct and none of them wanted to admit it.

What’s great about Stewart’s pieces is that arguing with conservatives has become a frustrating endeavor. Why? Because everything you say is met with demands for irrefutable proof. You cannot just say that George W. Bush vetted his audiences while discussing Social Security reform. They won’t believe you. Instead you have to find several reputable links to stories discussing the facts about this. I find it all a bit like telling someone the sun is shining and being told that looking up doesn’t qualify as good enough proof. With Stewart the video is all there as well as the perspective. What happens next is the interesting part. The knock now is that Jon Stewart isn’t being fair. He claims he’s a comedian but he wants to be taken seriously when he presents pieces like this. He was recently named the most trusted person in news and this irks conservatives heavily as it suggests that liberals are idiots but also because they know he’s got a way of pulling down the pants of the hypocrites for all of us to laugh at. What they’d like to see is for Stewart to apply his rapier-like wit equally across the aisle. I’ve clearly seen him attack President Barack Obama and any other Democrat but it’s also blatantly obvious where his political views fall. He’s clearly a Democrat and finds far more fault with the side he naturally is in opposition to. The real question is, does Jon Stewart now owe it to us to move beyond viewing himself as just a comedian? Would his show be as popular if it aspired to apply equal balance to his stories? Would he be even more respected if he did so?

I believe this is one case where Stewart would insist on calling himself a comedian and the show a simple comedy. The Daily Show is an amazing entity. The Hannity story was entirely missed by the mainstream media and this is far from the first time that Jon and his staff have beaten them to the story. In fact, you could say that The Daily Show is just what America needs most at a time like now, when the rest of us are unable to have civil discussions about anything related to politics. His comic approach transcends a lot of the difficulty showing us all just how ludicrous our system has become today. Who else has been so adept at showing us this never-ending hypocrisy?

He just took the time to point out Rudy Giuliani‘s latest twist on this by playing video of him in 2006 talking about the necessity and power of our trying the failed 9/11 hijacker in our courts. Stewart, with a twinkle in his eye, then asks, “Yeah, who can argue with that kind of logic?” He then plays Giuliani from the other day talking about what a mistake it is to try Khalid Sheikh Mohammed in our courts stripping any semblance of respect from Giuliani in the process. He’s applied this same approach to virtually everyone on Fox and sometimes to those on the left.

So the big question is, does Jon Stewart owe it to us to reach for a higher goal now that he’s crossed over from a simple comedy show to become the most trusted voice in news? If it’s okay to ask if Fox News isn’t a news channel, is it just as fair to wonder if The Daily Show is now a news show?