I wanted to remind all of you out there that support the conservative punditry, that should healthcare reform pass today, then it would be in direct contradiction to what nearly all the various conservative outlets and pundits claimed. 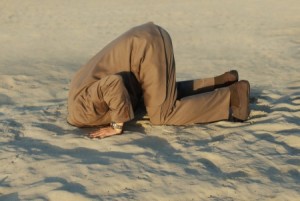 Senator Mitch McConnell in an interview with Greta Van Susteren said, “I think Brown’s election means the end of the health care proposal as currently constituted….I think that’s over.”

Congressman Mike Pence just this week on Fox said, “I don’t think they can pass the bill…..”

I’ve heard all the radio hosts and many of their varied guest make the same exact claim in an attempt to show that their message has resonated and worked.

If anyone else in your life were as wrong as these “experts” have been on nearly every issue you’d have long ago stopped listening to them. Instead you listen for a simple reason—these sources long ago figured out that if they just tell you want you want to hear you’ll lap it up willingly and never question the messenger regardless of how many times they proclaim the sky is falling.

And guess what? Nearly everything you’ve heard about this bill is just as accurate as all of their other prophecies. If the bill passes let’s wait a year and see how much this changes your every day life. My guess is that 90% of you won’t even be aware of a difference. Yet if the punditry is to be believed then by that point we should be well on the way to being forced to call each other comrade.