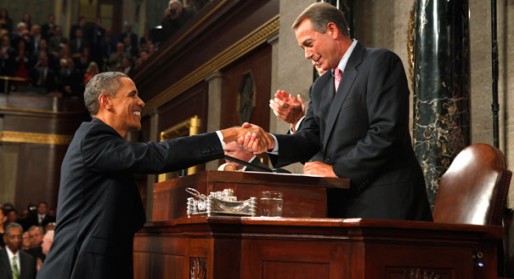 In This Town (the subtitle is Two Parties and a Funeral—Plus Plenty of Valet Parking!—In America’s Gilded Capital), Mark Leibovich, the chief national correspondent for The New York Times Magazine, writes a tell-all about the people he knows — politicians, journalists and lobbyists. It’s mostly a series of anecdotes, from a guy who has met a lot of interesting and famous people and not-so-well-known figures exaggerating their connections and influence.

A common theme is the hypocrite — the person who comes in with high ideals about separating politics from the corrupting influence of money and then goes from the former to the latter with quite a few officials leaving the White House but staying in Washington on the strength of connections to President Barack Obama. Some of the stories can be a Rorschach test. Conservatives will blast the former Obama staffers as liars who had no intention of ever changing politics as usual or just weak and naive. Liberals might see it as emblematic of a need for more ideological purity the next time around. And the handful who like the political establishment could see it as the story of people who learned to work within the system.

There is probably more dirt on Democrats, mainly because they’re the party in charge, but partisans of all stripes will find people to root against. Conservatives can mock Chris Dodd for leaving the Senate in a cloud of financial scandals and taking a job as a lobbyist for the Motion Picture Association of America. Two of the best tidbits involve Obama adviser Valerie Jarrett, who demanded police protection — possibly out of jealousy — when there was evidence of a threat against David Axelrod. She was also the subject of a confidential series of talking points distributed within the White House called “The Magic of Valerie.” Meanwhile, the abrasive Rick Santorum‘s feelings gets hurt when a senate colleague said “You couldn’t quote what I’d have to say about him.” After his selection as Mitt Romney‘s running mate, Paul Ryan suddenly finds a lot of Republicans willing to take credit for his success. 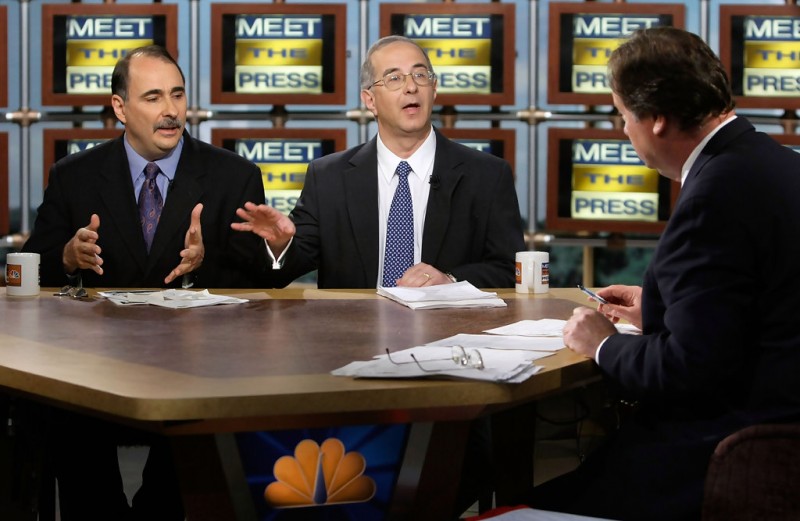 What makes the book unique is the emphasis on the failings of media figures. The book opens with the maneuvering at Tim Russert‘s funeral. Leibovich covers Andrea Mitchell‘s constant conflicts of interest since her husband Alan Greenspan spent twenty years as Chairman of the Federal Reserve. Howard Kurtz takes weeks to correct an embarrassing mistake, quoting a congressman when he was actually talking to a staffer, and then criticizing the congressman for referring to himself in the third person.

Some of the most memorable stories involve the savvy of the suck-ups. A television producer becomes involved in epilepsy charities in order to get closer to David Axelrod, whose daughter suffers from the condition. The well-connected DC lawyer Robert Barnett is listed by media outlets as a potential Supreme Court nominee. My favorite chapter may be about House Oversight Committee Chairman Darrell Issa‘s symbiotic relationship with a talented but flawed staffer who provides material for the book by getting in trouble for leaking E-mails to Leibovich although the guy was on thin ice for an earlier boo-boo.

In an appearance on the Slate Political Gabfest, Leibovich was most animated discussing the outrage industry although it doesn’t come up much in the book. Still, anything that brings attention to that problem is a blessing.

It was not immediately clear what he meant by “the joke.” What is the joke? Who was it on? Did it refer to the conceit that much of the Washington economy — lobbying, political consulting and cable news — is predicated on the perpetuation of conflict, not the resolution of problems? Did “the joke” refer to the fact that all of the shouting partisanship that we see on television is just winking performance art?

The other major takeaway is that, when politicians, journalists and lobbyists spend so much time hanging out together, they all start reaching the same conclusions.

But the one-world notion of the “pack” remains unchanged. Whether journalists are gathered on a physical bus or reading a virtual document, it is a shared space. They are encountering the same names and characters and, after a while, acquiring a shared language and sensibility.

Leibovich ends the book with his concern that, in the modern environment, a legitimate outrage like Richard Nixon‘s Watergate cover-up would be ignored among all the other scandals of the day. If there’s ever another scandal that big, I’d love to see Leibovich write about the response and the spinning in Washington.