Several media outlets are up in arms over Senator Jim Bunning‘s tactics in the Senate today blocking voting on a bill that would extend eligibility for “enhanced” unemployment benefits for another 30 days. The bill would also subsidize health insurance for many laid-off workers. 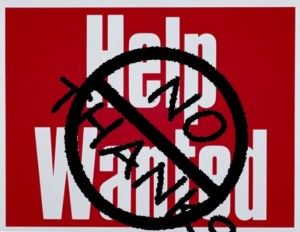 Understand that I believe in social programs. I like being an idealist and think that if we do live in the greatest country and richest country in the world (as we keep being told we do and are) then I also believe it behooves us to be number one in compassion and empathy when it comes to those of us who have fallen on hard times—many without any wrongdoing on their part. I personally believe Social Security as a concept is one of the most magnanimous gestures a people can impart on others.

I will never argue that such systems have been a shining example of how best to manage such endeavors. However, the unemployment situation is quite a quandary and it’s one I’m not sure I can support as is.

I’ve always been entrepreneurial in my life. Most of my vocational life has been spent working for myself or for other entrepreneurs as a key component. It’s been risky and I’ve found myself out of work more often than most. However, I also often didn’t collect unemployment when I was within my rights to do so. I didn’t feel the need to burden a system unnecessarily.

This past year I was laid off from work after an accident with a drunk driver left me unable to travel. In this case I could have used unemployment and went to collect. Due to some odd way in which they calculate your eligibility I was told I couldn’t collect until July of this year (something to do with part of my income being 1099 work).

Meanwhile I know several people who’ve been collecting unemployment now for more than two straight years. A couple of them aren’t even bothering to look for work. I’m not sure I see the benefit of this benefit any longer. We can’t just keep giving people money simply because they don’t have a job. It’s just not sustainable but many in Congress on both sides seem blinded to this reality. None of them want to have to go to the polls having been responsible for stopping the checks of countless of their constituents.

So while the press is embarking on an all-out attack on Senator Bunning—a Senator I have lots of disagreement with—I think I have to support him on this one. We simply cannot afford to keep doling out checks to everyone indefinitely.