Last night I did a bit of Fox News watching as Jon Stewart had Part II of his debate with Bill O’Reilly hosted on Bill’s show. 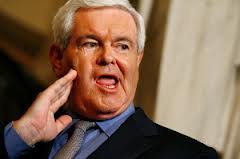 The hilarious snippets of this evening involved all the parts when someone would talk about Newt Gingrich and his comments regarding Congressman Paul Ryan‘s bill with regard to how it impact Medicare.

Newt said, on Meet the Press, “I don’t think right wing social engineering is any more desirable than left wing social engineering. I don’t think imposing radical change from the right or the left is a very good way for a free society to operate. I think we need a national conversation to get to a better Medicare system with more choices for seniors.”

The part that everyone got stuck on, of course, is the “right wing social engineering” part. Everyone on the channel—asked to define what Newt meant—acted as if it was totally incomprehensible. They claimed to have no idea what-so-ever as to what it was he could have meant. Why? Because we all know the right wing and the concept of social engineering have nothing to do with one another.

It’s blatantly obvious to anyone not blinded by their ideology what Gingrich meant. He sees—quite correctly—that the right is every bit as capable of social engineering as the left but just in a different direction. Taking a government program and giving people vouchers is still a socialized solution to a problem whether your party likes it or not and to sit around and act like you simply cannot comprehend the concept makes those people look even more suspect than they already look.