So this morning on the way into work I’m listening to dead air on the radio also known locally as Dom Giordano. Among the many nuggets of free comedic entertainment he refers to as “facts” was his commentary on a recent popular poll. The poll is the one many of us have seen that shows 61% of people oppose taking away the rights of employees to collectively bargain. You know, the same poll that Fox News managed to read backwards telling their viewers it was actually 61% in favor of taking away that right.

In this case Giordano was going off on the poll itself and how he’s figured out that it’s not valid since, in the small print, it notes that 24% of those polled noted they had someone in the household that was either in public service or part of a union. He noted that since only 12% of the population falls into that category that clearly this poll skewed much higher towards those likely to support such rights. 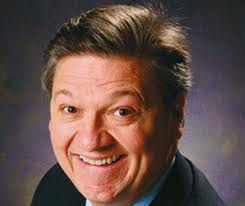 Dom, Dom, Dom….. Did it not occur to you that households and people are not the same things? A household is actually comprised of one or more people. The latest available information tells us that the average US household is made up of 2.59 people.

So, if you take Dom’s 12% number (the Bureau of Labor Statistics states that in 2010 the percentage of workers in a union was 11.9% down from 12.3% in 2009) and multiply it by 2.59 you get 31.08%. In other words, if the poll truly balanced then they should have reached households where 31% of those called included someone in it that worked for a union or as a public servant. Since it was just 24% that suggests this poll was actually under-stating the case, not overstating it.

The real point is—and it’s lost on this guy, and his ardent listeners—that this issue is this big precisely because of the numbers. It’s not just 12% of people. This directly impacts a third of all households in America. That’s why it’s such a big deal. If you aren’t in the 12% then there’s still the possibility that your wife is or your older child and it’s very likely you know a good friend or family member who’s impacted by this. That, in turn, is likely to weigh heavily on your opinion of this issue.

When you factor in the above points it’s easy to then see how 31% who are directly affected turns into 61% who remain supporters of collective bargaining. I don’t know anyone that doesn’t know a friend or family member who isn’t touched by this.

The bigger point to me is that I’m tired of those who are against this. I no longer want to hear the argument about how it’s not fair that these terrible teachers get to pay less for their healthcare than others do. So what? That’s America. America is very much about working hard for what you get and these people—police, firemen, teachers—have worked very hard to earn those perks.