I last wrote a little on the misconstrued concept of American Exceptionalism as put forth by right-wing pundits.

I wanted to follow it up with a few images to give a visual to what it is that these so-called experts just skip over whenever they talk about this situation as if it just exuded nothing but pure wonder.

American Exceptionalism came into being, in part, as a by-product of slavery. Its birth came from the blood, sweat and tears of a people who were the property of more fortunate Americans and seen, until quite recently, as three-fifths of a person. For some this view still remains. Constitutional purists talk about the unfailing wisdom of our Founding Fathers and the need to return to the simplicity of their original text. They seem to have nothing to say about that text when it so blatantly underscores the reality that times change and that we need to change with it. 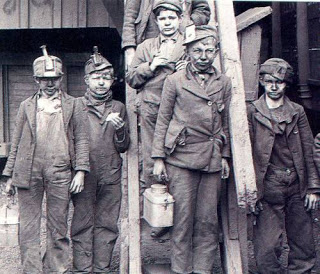 American Exceptionalism couldn’t be possible without hard work. Everyone would agree with that. What we don’t like to think about is that much of the hard work was being done by children. 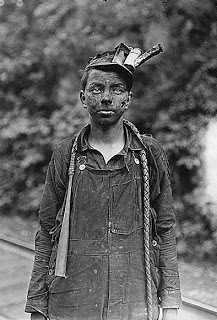 Think about this — in 1842 Massachusetts passed a law limiting the work day for children to just 10 hours — a day. We didn’t really address this issue until 1938. 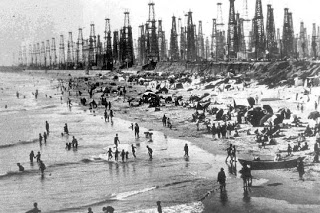 American Exceptionalism doesn’t seem to care one bit about our environment and I’m not talking about being green or a carbon footprint. I’m talking about wholesale blight. Today pundits lament an inability to put up wind farms off our coasts. Gee, why would anyone mind? The picture above is Huntington Beach California, circa 1920. 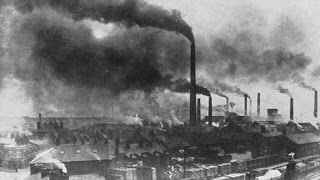 When the point is profit at the cost of nearly everything else the lines get a bit blurry, or is it just the smog making them harder to see? 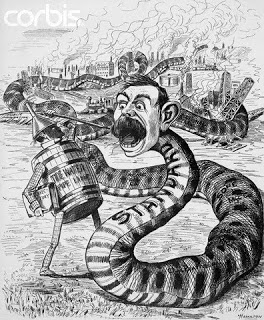 Much of the blight that was created came right out of one company — Standard Oil. John D. Rockefeller‘s monopoly ruled industry with an iron fist like no other. By the early 1900s it controlled 91% of production and 85% of sales of all oil products in the United States. Countless millions were under its thumb. Rockefeller had the resources and reach to buy off and intimidate any entity that stood in his company’s way. To get a full sense of the breadth of its power understand that in 1911, when the government finally did break it up, it resulted in 34 different companies — many still with us today. Almost nothing in the country could be done without it in some way being controlled directly or indirectly by Standard Oil. 70 years later the government utilized the same approach to break up AT&T ushering in an era of phone innovations and price savings previously unimaginable. 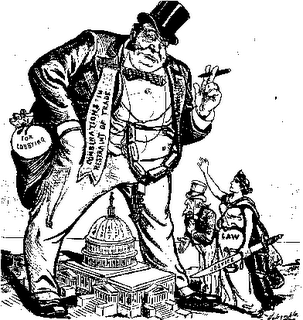 American Exceptionalism was never more prevalent in the rise and prosperity of the Robber Barons. Students should spend far more time learning about this period of our exceptional history. These were men who sought profit above everything else and made sure nothing, and no one, got in their way. 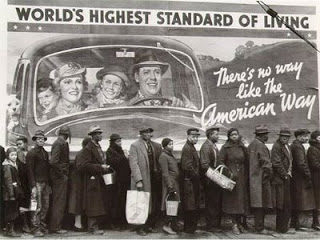 After decades of this “greed above all else” mentality is it any wonder we ended up in the Great Depression? There is no way like the American way. 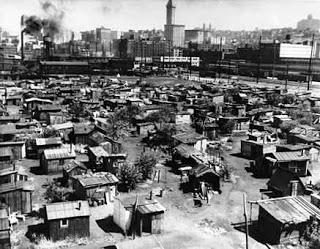 I’m sure everyone living in a “Hooverville” felt just great about American Exceptionalism. Of course today’s pundits would tell you all of these people (their ancestors in some cases) were just losers, or represented the laziest among us.

We started with slavery. Nearly 200 years after this great era of American Exceptionalism we still haven’t fully escaped its grip.

It wasn’t American Exceptionalism or capitalism that ended these travesties in our country. It was only through the power of the people and the sword of government that these things were mainly driven into exile. Remember that the rose-colored glasses that the pundits wear seem to keep them from seeing our own history when they speak of these things. Our country was very much the way they wanted it to be for most of its existence. It’s an existence few of us would tolerate today. I say we owe it to everyone to remind them.