A funny thing happened while I was catching a bit of Glenn Beck‘s Fox News show last night. As usual Beck was going on about the horrifying, permanently damaging, mind-altering nefarious plots of the evil Left Empire.

However, on this night it was a bit different. The imagery was more haunting. The verbiage was more cutting and the rhetoric was nearly inconceivable. 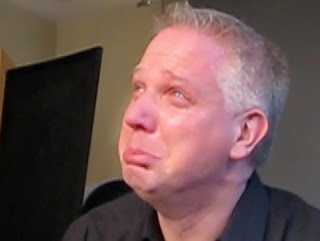 The audience was told about how liberals preferred Hitler, had secretly desired communism and welcomed Stalin with open arms and bent knees. (Remember the viewpoint that says the one who first invokes Hitler is the one to lose the debate.) The piece is so full of garbage that it’s hard to focus on any one pile of refuse. For example, take his comment that it wasn’t until Harry Truman took office that the situation with the Soviets started to sour. Anyone that knows anything about the era knows that Winston Churchill and Franklin Roosevelt had massive issues with Stalin long before Truman took the reigns.

Anyway, all of this was bad enough but then I proceeded to see something I didn’t think even Beck could contemplate: He launched into a segment about the apparently woefully misunderstood Senator Joe McCarthy and how this guy was a hero fighting the good fight and he’d have succeeded except that the satanic left had identified him as their chief opponent in their plot to brainwash us all and so they set out to strike him down at all costs.

This, I must say, is revisionist history of the highest order. Beck reduced McCarthy’s witch-hunting that both directly and indirectly destroyed countless lives down to a single sentence: “McCarthy was eventually censured by the Senate in 1954.” Of course he fails to point out that half the Republicans in the Senate supported the resolution.

This guy is certifiable at this point. His remaining advertisers (now down to innumerable gold schemers and gold diggers) need to jump ship before they end up with even less credibility than Beck. Conservative commentary often will point to those who deny the Holocaust as a sign of clear insanity. They wonder how such an altered reality can be possible. This is exactly how such things happen. An entire segment of our community will listen to this tripe and take it at face value because one of their own said it.

One of the most famous quotes about McCarthy was presented by famed journalist Edward R. Murrow who said, “His primary achievement has been in confusing the public mind, as between the internal and the external threats of Communism. We must not confuse dissent with disloyalty. We must remember always that accusation is not proof and that conviction depends upon evidence and due process of law. We will not walk in fear, one of another. We will not be driven by fear into an age of unreason, if we dig deep in our history and our doctrine, and remember that we are not descended from fearful men.”

“We proclaim ourselves, as indeed we are, the defenders of freedom, wherever it continues to exist in the world, but we cannot defend freedom abroad by deserting it at home. The actions of the junior Senator from Wisconsin have caused alarm and dismay amongst our allies abroad, and given considerable comfort to our enemies. And whose fault is that? Not really his. He didn’t create this situation of fear; he merely exploited it and rather successfully.”

Now think of that as if it were being said of Beck and replace communism with liberalism. This man is a blight on this country. What he’s espousing is the worst form of propaganda and it’s high time we held him accountable for it.