A friend sent me a link this morning to a blog on The Daily Beast about how Republicans don’t seem to have the ability or desire to remember President Ronald Reagan as he actually existed.

I found it quite compelling reading as I’d written virtually the same thing eight months ago on my own blog. At least I gave this guy a link in my blog. Would it have killed him to do the same? 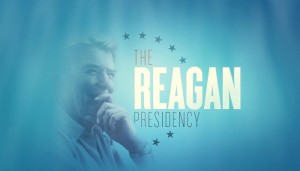 I’ve been disturbed at the lengths the Right has gone in re-imagining Reagan. The sad reality is that he doesn’t need to be re-imagined. His term was noteworthy in its own, albeit more realistic, right. What Republican zealots are doing now is to attempt to create an entirely new concept of conservatism and shoehorn Reagan into this design even though he doesn’t resemble any part of it.

It’s one thing to remember people fondly. It’s entirely another thing to completely fabricate just about everything regarding someone after they’re gone and that’s what’s been going on in his behalf. His own son has been out there pointing this out at every turn. It’s great viewing when some talking head comes on and attempts to tell Ron Reagan about his own father.

I find it galling for people like Sarah Palin and others to invoke Reagan in a manner that simply doesn’t reflect reality all in the hopes of riding his coattails to any degree they can pull off. Then you’ve got Sean Hannity out there who claims to be a Reagan historian but doesn’t seem to know the first thing about him after his full name.

What really bugs me is that the Democrats are so brain-dead that all of this is actually working! I just wish we could have an actual functional third, fourth and fifth party to break up this lunacy.