So yesterday while in the car I’m listening to Rush Limbaugh. He’s going on about Jon Meacham‘s latest article about how George H.W. Bush had a lot to do with the strong economy of the mid-1990’s. 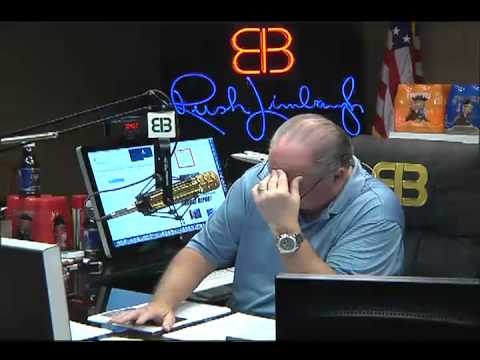 His tones are typical Rush. Meacham’s already “in the tank for the lefties“. This must mean he’s got a book on Bush coming. Oh, look here, a couple paragraphs later it says he does and Rush tries to first claim he had no knowledge of that but, more to the point, attempts to ridicule it as somehow a negative.

He’s trying to claim that no one back then gave Bush 41 any credit for the economy we experienced.

1. That’s total garbage. I lived through that period. Many outlets made quite a bit about Bush’s bad timing. He inherited the crash of Ronald Reagan‘s last years and the Savings and Loan scandal that ensued. Then, when the election came around, the economy was so bad that by the time it started to recover it was simply too late to help his re-election campaign. Add to that some really bad gaffs like the infamous bit about him having no connection to the economy underscored by his having no idea how much a gallon of milk was or the admission that, upon visiting a grocery store, he’d never before seen these amazing scanner things they have.

2. The bigger issue is one of responsibility and hypocrisy. During this show Rush was going about how Bush 41 never gets any credit for the economy of the mid-90’s. He makes the claim that Democrats, like Meacham, will do anything to keep from admitting that a Republican had anything to do with success. This has got to be the most shining political example of the pot calling the kettle black.

Limbaugh, and much of the conservative media, never met a Democrat who could, in their view, understand a crosswalk sign let alone be responsible for any good in this country. Quite the contrary. Asked why, after total congressional control for a decade and complete control for 6 years, that the economy wasn’t blistering along as per all their predictions, their answer is hilarious. Why it’s simple, they’ll say, Jimmy Carter created the Community Reinvestment Act forcing banks to give bad people bad loans and Bill Clinton gutted it further. Those acts caused the economy to under-perform under Republican rule. Amazing. A bill 34 years ago, that saw direction from Republican leadership for 24 of those years, is the reason Republicans have failed to deliver.

There’s also a key contradiction in that explanation regarding Clinton but let’s get back to that in a minute. Rush pointed out that Bush 41 had all the right people on board regarding the economy. However, his problem was a Democratic Congress and Speaker Tom Foley. They destroyed everything he tried to do. He also made it quite clear that Clinton doesn’t deserve any credit for the economy of the 90’s. That credit belongs to Newt Gingrich.

Anything good that happens in a mixed environment is the doing of the Republicans. The good of the Reagan years is all his doing. He was the President. Forget that the House was controlled by the Democrats for his entire 8 years and that the Democrats had both houses for his entire second term. No, Reagan is the only person responsible for the success of the 80’s.

Anything bad that happens in a mixed environment is the doing of the Democrats. The lousy economy under Bush 41 has nothing to do with Reagan or Bush. It has everything to do with those lousy Dems running Congress. Reagan had no problem working with Speaker Tip O’Neill (D) but poor Bush 41 couldn’t do anything with arch-nemesis Speaker Tom Foley.

Then we get back to Clinton. He ushers in a period of prosperity that eclipsed the Reagan years but, of course, he had nothing to do with it. People like Rush simply cannot accept that. The contradiction above is that, just like Reagan, Clinton lead with a Congress entirely against him in his second term. But here, magically, the benefit is all given to Gingrich.

Rush’s point with Meacham was that it took the allure of money to get him to see the truth. He claimed, without any facts, that Meacham likely never gave Bush 41 any credit for the boom of the 90’s. Now that he’s writing a book that needs to be seen as accurate he’s willing to admit the truth.

I can’t speak to what Meacham may or may not have said back then but contrary to his commentary many in the “drive-by media” noted the part Bush 41 played in the economy. He simply didn’t have any luck with regard to timing on it. So now Meacham is a bad guy for writing an honest book. Damned if you do. Damned if you don’t. Typical.