If you’re not a news junkie you may not have heard that National Public Radio (NPR) fired political pundit Juan Williams the other day for stating that, “…when I get on the plane, I got to tell you, if I see people who are in Muslim garb and I think, you know, they are identifying themselves first and foremost as Muslims, I get worried. I get nervous.”

He said this during one of his many appearances on Bill O’Reilly‘s TV show.

Frankly, I believe it’s more about the latter (and then some) that got him fired and had little to do with the former.

First, let me state categorically that, I believe NPR is entirely wrong in their move here. Juan Williams was simply sharing a perfectly normal opinion that many people are apt to have especially after 9/11.

They compounded the mistake by then publicly suggesting that his views are personal and between him and his psychiatrist. What?! 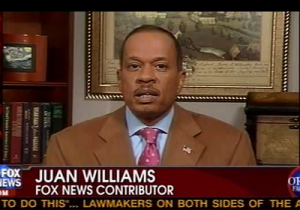 The Left has enough issues to deal with without this sort of ridiculousness going on. However, it seems pretty clear to me that for some time now NPR has been looking for just about any reason they could to hand Williams his hat and send him out the door.

Williams, to anyone familiar with him, has been a very frequent guest on Fox News including all the various opinion shows. If you spend much time at all talking to a Fox News fan and mention the conservative bias you’ll surely be told all about Juan Williams and how wonderful it is of Fox to also “share the other side” given Williams’ liberal views.

You’ve got to hand it to Fox. They totally know how to set the table. When it was time to find a foil for Sean Hannity they came up with Alan Colmes. It was like pairing an alligator with a wounded antelope in the middle of a river crossing. Colmes finally had enough and left the show last year allowing Fox to finally officially change the name of the show to what we always knew it was from the outset—Hannity. Juan Williams is nothing more than a liberal token on Fox News. He’s like a deer caught in headlights every time he’s on and, of course, that’s exactly the way conservatives feel a liberal should be. He’ll often say things like, “That’s not true” and then provide no follow-up. Brilliant!

So today we find out Williams has been hired full-time at Fox for a hefty two million dollar salary. At least now Juan can officially collect on what the rest of us have known all along—that he’s been little more than a token liberal there and such a good one that they can’t afford to risk losing him.

However, back to the core point. NPR screwed this up royally. They’ve been giving everyone who appears on Fox trouble and as an entity that receives a good chunk of its funding from the government it simply isn’t right. It’s essentially censorship and kills whatever modicum of respect they might have had towards impartiality. In the end they gave Fox the perfect pitch to hit out of the park by letting them validate their conspiratorial claims with their audience. Nice job NPR.