Tonight on CNN I noticed a conservative pundit toss out the comment regarding Social Security that most Americans don’t believe Social Security will be there for them and thus it’s time to consider scrapping it entirely. 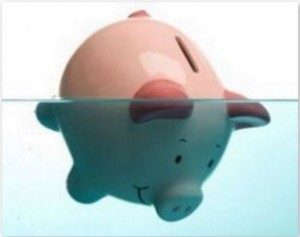 I found it interesting that he so carefully chose those words. The fact of the matter is that even if most American’s think something that doesn’t make it accurate. One such case is the belief much of the nation has that the Social Security system is doomed. It’s in critical condition, intensive care, on it’s last legs, bankrupt, dead.

All of this is said while acknowledging that most of the scenarios for this happen between 2037 and 2047. Forget that these dates are a generation or more away. It seems clear to most everyone today that this is too close for comfort and clearly shows the system is beyond repair. The numbers are simply too staggering.

I ask you to imagine if you woke up tomorrow and all of the news outlets started reporting that Social Security was going to be bankrupt next year. Would this scare the hell out of everyone? Would it be time to finally admit defeat and give up on it? Wouldn’t it be a clear sign that it was time to scrap it entirely?

Well, now understand that I’ve been around long enough to have already seen this scenario. During my late teens all I heard about was how Social Security was doomed. Much of the same headlines as today except that they were much more salient.

Take this story from the Baltimore Sun dated July 7, 1981: Social Security Fund Could Go Bankrupt By Next Year. The story denotes that its governing body, even using the most optimistic economic models, forecasted that Social Security would run out of money by late 1982. Or perhaps this one from an Oregon paper, Social Security On Brink Of Bankruptcy.

This was the type of headline we were seeing every day back then and yet, on April 20, 1983, Ronald Reagan signed into law a bill changing Social Security keeping it solvent for at least 50 to 60 more years. Suddenly the insurmountable obstable—just months away—was moved down stream 60 years.

Perspective people. Perspective….. It’s a good thing and we need some.