I have no idea who’s likely to win the Presidency in November. To my view this could go either way. However, one thing is clear, the Republicans in power are in panic mode right now. Everything seems even more coordinated than ever and certain attributes are starting to surface that have a familiar aura to them.

First, there’s the whole Representative Todd Akin affair. I can’t recall ever seeing, in my entire life history, a more complete holding of hands to achieve a single goal. Republicans on every front are in total lock-step to get this guy to withdrawal. The only people not on board are Todd Akin and his supporters. Every other source is aligned against him. Don’t get me wrong, everyone should be against this guy. What he said was reprehensible and absolutely will cost him the election.

However, that sort of problem has never been an issue for the party leaders before. Just look back to the way the scandal with Representative Mark Foley played out. Remember him? The guy who was found to be propositioning teenage male interns? Even he had stalwart supporters in the big chairs (and still does today).

But this is a different time and the Republicans cannot fathom another cycle like the last four years. One case in point yesterday was the hilarity that ensued on Sean Hannity‘s show. First, it should be noted that virtually every other news organization is covering the Akin story almost exclusively. Meanwhile, on Fox News, it’s barely even getting a mention. Of course supporters will say that’s because it doesn’t deserve the attention the “liberal media” is giving it. However, the true nature of the situation leaks through at every turn. 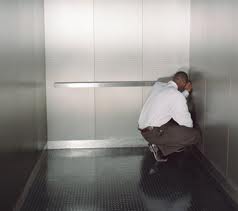 Hannity started off his show with Karl Rove and, in nearly the same breath as he stated how unimportant this story is, he and Rove couldn’t stop talking about it. Then, next up was my favorite Hannity guest—Dick Morris. I personally have a sneaking suspicion that Morris has a vacation home up Hannity’s butt. These two guys are practically joined at the hip. Morris knows where his bread is buttered and makes sure he’s entirely aware of what’s going on with Hannity each and every day. Why? Because there’s a strong chance of turning that into a guest spot (and another chance to spam everyone with a commercial for his website and books) on Hannity’s show.

So, that very day everyone who pays attention had heard that Hannity had interviewed Todd Akin on his radio show that afternoon and had begged the guy to drop out of the race. Now, here’s Morris coming onto Hannity’s show and Hannity awkwardly mentions Akin in a way that suggests it was unscripted but clearly was. Morris picks up the baton and launches into a tirade against the guy Hannity claims isn’t even newsworthy. First, Morris acts as if Hannity doesn’t really know about the guy which is, if Hannity’s to be believed, an insult to both the viewers and to Sean Hannity. Then he, of course, calls for Akin’s ouster by asking people to visit his website. How convenient. And, again, the impression is, this is all unscripted and totally original. Yeah, right. The day Dick Morris doesn’t know what Sean Hannity’s up to is the day he gets a prediction right for a change. Don’t hold your breath.

So then I notice another oddity in presentation across all of Fox. Everyone is suddenly primed to start talking about President Obama and how it’s clear that he reacted slowly in going after Osama bin Laden. The propaganda approach is pure psychology at it’s finest. Little references just dropped in here and there. Laura Ingraham, filling in for Bill O’Reilly, plays it like a master. She has a guest on that she sets up to speak about Obama and to mention his role in bin Laden’s death. Ingraham laughs and casually says that Seal Team Six deserves the credit but that Obama did order the killing, which is good, but then says it took him forever to do so. Huh? What’s this all about?

It’s pretty easy to find out. You see, we have another Swift-boat campaign in the works here. Richard Miniter, a conservative writer, has a book that just came out called, Leading From Behind: The Reluctant President and the Advisors Who Decide for Him. In it, Miniter claims to have a bombshell allegation that President Obama dragged his feet when going after bin Laden and had to be forced into action by his staff. According to the book, once Intelligence sources located bin Laden in his compound in Abbottabad in the first few months after Obama took office, he delayed acting and canceled several missions in 2009 to go in.

The problem, as has been pointed out, is a simple one. Miniter’s claim is off by a full year. The courier wasn’t tracked to Abbottabad until August of 2010—19 months after Obama was in office and thus there were no missions to cancel in 2009.  He goofed but that doesn’t matter to those who see it as a life raft. Instead every segment on Fox is doing what they can to plant the suggestion that President Obama lacked leadership and didn’t really want to go after bin Laden. This is comedic.

Why do I find this so hilarious? Think about it. On the one hand, Republicans don’t want to give Obama any credit for killing bin Laden but, should the subject come up, they then want to criticize him for not killing the guy more quickly. It’s absolutely incredible and, at the same time, entirely predictable.