I’ve mentioned local radio host (Philly area) Dom Giordano before. He’s being featured on our local conservative radio station now that Glenn Beck‘s been given the boot and I’m not sure which one is worse really. 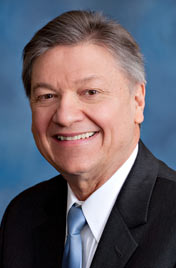 Giordano is continually abrasive with any view that’s divergent from his own while also suffering from the typical blindness that comes from his zealotry. This morning was no exception and underscored just how twisted the pretzel can become for such people.

Giordano was entirely incredulous over the response of a House Democrat’s response to Fox News‘ Neil Cavuto during on interview on that network. Cavuto kept shouting, over the Congressman, that “we’re broke” in response to every comment. The Congressman was discussing the need to invest and to keep moving forward.

After the clip was over Giordano vilified the politician as being an idiot.

What gets me about this is that nothing more clearly shows the lengths to which some people will abandon their own beliefs in order to continue on the attack against a perceived enemy (in this case any Democrat).

The reality is that virtually every single business class and business in reality knows the old axiom, “It takes money to make money.” Right now we have literally countless companies in America that are—by Cavuto’s argument—broke. They’re running in the red right now. Yet virtually every one of these people would never suggest that the best answer for these businesses is to just cut their costs. Think about a restaurant. Their business, over many years, ebbs and flows. When times are lean is the answer to lower sales to just fire some waitresses and use lower cost, lower quality food and supplies? Of course not. The answer is to cut costs where you can but also to re-invent yourself. Come up with a new menu, remodel the dining room, improve your offering and then spend to let people know you’ve done all these things. Otherwise you simply get caught in a whirlpool of ever-decreasing revenue and quality that ends with you going out of business.

Why are the very same people that espouse this approach to any business and claim that our country should be run just like any successful business now entirely allergic to the concept of re-investment? They keep saying that you cannot get out of debt by spending and yet that’s exactly what 95% of all businesses do to achieve that very goal.

The Giordano’s of the world can’t have it both ways and the longer this ludicrous argument continues the more foolish they’re looking. The United States is in debt and it’s a big debt that needs serious attention but the solution isn’t to lop off limbs (shutting down the government) or just stopping all investment (entitlements, infrastructure, etc.) We’re simply in a state of needing to re-invent ourselves to prepare for the new challenges ahead—just like any other successful business.