So I went to a friend’s birthday party on Friday. The friend happens to be gay which is important to the story but you’ll have to wait for it. 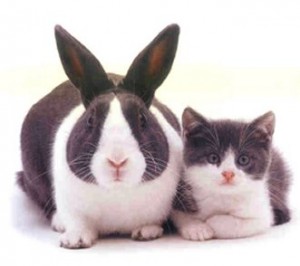 It was a large gathering of people so discussions were somewhat segmented into sections of the table. The bulk of the group was made up of friends who met at a social gaming group I’m affiliated with.

During the evening’s discussions we got to talking about seemingly strange oddities and I mentioned one I’d heard that I found compelling. Ask someone the following questions:

After each response the respondent should, of course, say “six”. Then ask:

“What’s the first vegetable that comes to mind?”

I’ve found that about 80% of the time the answer will be “carrot”.

We talked about this a bit and then wondered what the response would be if you ignored the first part and just jumped right to the final question. Would people still say “carrot” just as often?

So now the fun part. I like polls. I like being called for surveys. I like doing them in malls. It’s my way of feeling like I take part in things and maybe, just maybe, things will trend towards my view of things since I added to the mix. Related to this interest is my membership in a polling service called Polling Point. Every so often they send me an e-mail asking me to take another poll. Most of the time it’s about politics. When it’s not it’s about brands.

They’d sent me one about a week ago and I was too busy to get to it so I finally decided to give them 10 minutes and answer it. The first question was curious. They wanted to know if I play games and, if so, what kinds? Interesting. All these years and they’ve never asked about games. Cool.

Then the next question floors me. It states, and I’m not joking, “Before we begin, please think of a vegetable. Just write down the name of whatever vegetable first comes to mind.”

What?! So I get asked about gaming and then this, out of nowhere, pops up? I continue on with the survey and it never mentions games or the relevance of the vegetable question again. Instead is asks about chefs and various prepared dishes showing pictures of them and asking me to identify the food by the picture.

Then it informs me it’s almost done but there’s just one more question. They want to know if I know any gay or lesbian people personally.

So, just like that, Polling Point wants to know about games, the first vegetable that comes to mind and if I know any gay or lesbian people personally and this happens just three days after a get-together of gamers where we ask the same question at the party of a gay friend of ours.

Maybe I should play the lottery today?