Let me say this straight out. Harriet Miers is not qualified to be a Supreme Court Justice. 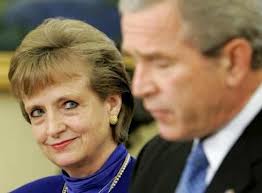 I’m completely unmoved by the lackluster argument that so many other justices were not previously judges themselves. That argument is cut from the same cloth children everywhere use to justify mistakes by referencing the actions of others. I suspect nearly all of us have had parents who said, “I don’t care what everyone else is doing. You’re not everyone else.”

Harriet Miers is not everyone else and just because others have gotten there without direct judicial experience doesn’t make Miers qualified. The President of the United States should not have to be reminded of the most basic of parental guidelines.

Think about it. In an era of stressing how important college is to our kids, here we’re saying it’s okay that you don’t have any real experience or knowledge as long as you have friends in high places. Just ask anyone who hires employees how often they simply toss away resumes of applicants who don’t have a degree. I would think that, along with positions like being a medical doctor, a Supreme Court judge should have to have prior direct experience in the role. How trusting would you be of your doctor if you found that he had no formal training? How would you feel if their greatest claim to fame is that they were the first doctor to head up the Texas Lottery Commission?

What really gets me is how spineless the Democrats in Congress are regarding this nomination. First, as we just discussed, there’s the whole question of past experience. Second, President Bush has a track record of not being able to be trusted when he says, “Trust me.” He has made it evidently clear that Harriet Miers is a nominee who is absolutely against abortion and absolutely an ideologue who would respond exactly as conservatives expect with regard to conservative litmus issues. What are Democrats smoking? Do they think they dodged some sort of bullet with this nomination?

I can’t believe that I’m actually in agreement with Ann Coulter on this issue. Ms. Coulter is a pundit that I have a complete disdain for. I find nearly everything she says to be repugnant but on this one issue it appears we’re in agreement. Coulter was a guest on Bill Maher‘s HBO show this week and pointed out that she was against Miers nomination on several counts. It marked the first time I’ve seen her be openly critical of the President.

While Harriet Miers would likely vote to overturn Roe v. Wade and to go along with conservative Christians on their litmus issues, the fact is that the Supreme Court faces an endless litany of the most complex issues of our time. It only makes sense to appoint someone to the job that has impeccable jurist qualifications.

You’d think President Bush would have learned something from the whole John Roberts experience. You can’t argue with the qualifications he brought to the table. You may not agree with his politics but his qualifications were exceptional. Instead the President ignored every positive lesson of Roberts nomination to nominate Ms. Miers. It just doesn’t wash.

When conservatives start screaming about a nominee from George Bush, it’s time to wake up and realize something is very wrong. Harriet Miers lacks even the most basic LIFE experiences for this job. She’s 60 years old, has never been married and has no children. While Ms. Miers may be well educated, so are many librarians. That’s doesn’t qualify them to be on the Supreme Court. This is the party that keeps espousing family values at every turn while failing to live up to the concept at every turn. How is someone who has eschewed all levels of family life going to bring true family values to the bench? How can Harriet Miers judge the issues effectively with so little personal experience in the most emotional experiences life has to offer?

Furthermore, what does all this say to the countless jurists who have worked their whole lives to be recognized and to have a chance to reach the highest level of their profession? There is certainly no shortage of highly qualified jurists that would meet conservative criteria for the post. Yet we should trust George Bush for having overlooked all of them to appoint a close friend? What’s wrong with this picture? As Ann Coulter said on her site, “Unfortunately for Bush, he could nominate his Scottish terrier Barney, and some conservatives would rush to defend him, claiming to be in possession of secret information convincing them that the pooch is a true conservative and listing Barney’s many virtues — loyalty, courage, never jumps on the furniture … ”

What this does is to once again solidify the concept that it’s not what you know, but who you know, that counts in life. Is that really the lesson we want to be teaching here?