I hear that refrain time and again from associates, on the radio, on conservative TV segments, etc.

It sounds like one heck of a great argument. You work hard. You do the right things. You make your own way but you have to keep sending money to the government who uses it to do various things you may not believe in—like giving it to people on unemployment that you suspect is riddled with people who have no desire to work.

However, like most things in life nothing is quite that simple. Let me explain it this way:

Say you’re a would-be rock musician. You form a band and you play a few paying gigs (after much practice and work). You spend your weekends in shoddy establishments. You get little sleep. You toil and slowly you start to make it. After much more hard work you’re playing the big stadiums. You’re making millions but you earned it and before you know it you’re one of the people quoted using the same refrain above. 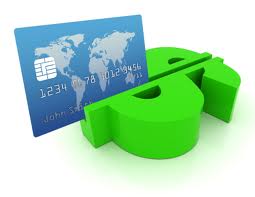 Well, what is it about this experience that makes people forget the variables involved? First of all there’s the fact that you’re free to take up this dream of yours here in American. In some countries that’s not even an option. Second, at every step of the way you didn’t get a free ride. It wasn’t just your hard work. You had to rent many of the venues you played in or work out deals for a cut of the gate, etc. They didn’t give you the guitars, the recording studios, the lighting and the venues just because you have a 10″ schlong. Each entity along the way had a cost for doing business with them and you paid it—willingly. You also got there on roads we all paid for patrolled by police provided by the government and so on.

Well guess what? America comes with a fee, just like everything else. You worked hard? I don’t want to hear it. You want tough? Go become a rock star in Madagascar and then come talk to me about hard work. Go try to become an astronaut in Peru. Go try to make millions as a stock broker on the Zaire Stock Exchange.

The fact of the matter is that most of you were born here. You didn’t do a damned thing to make that happen including winning the sperm race to the egg as you had no idea in what country that egg happened to be residing at that moment. You then grew up experiencing all that America has to offer. The country then made it possible for you to try to realize just about any dream you could imagine. Why should this be free? Just because you want it to be free? Everything else it’s okay to charge for, but the greatest of all tools in your bag should be entirely free? Sorry, that dog won’t hunt.

The cost of doing business with America is that you accept their terms for “splitting the gate”. You don’t get to tell companies what they can charge and where they can spend that income. If they then turn around and use that to help others that’s their business.

Funny that I never hear these people complaining about how companies they buy from spend that money. “Oh”, they’ll argue, “that’s different”. If they don’t like how, for example, Gibson (makers of fine guitar products) spends their money they can protest by instead buying Fender products. They’re right. That’s absolutely true. However, I’m willing to bet that right now there’s no anchor hanging out of their anus keeping them bound to America. If they don’t like the way the “company” is spending their money then they can feel free to find another country to do business with. Best of luck there.

Amazingly though—and quite unlike their options with Gibson or Fender—America lets you actually have a say in the process every single election. There’s just no pleasing some people.