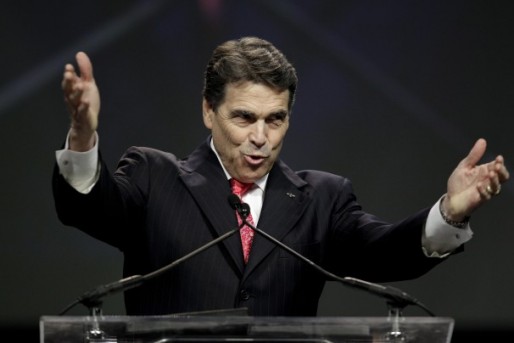 Rick Perry just announced that he will not seek a fourth full term as the Governor of Texas. However, he did hint that he may try to run for President again, promising to reveal “more expansive plans” at a later date. It’s worth looking at why his first effort was such a disaster.

He had been Governor of the nation’s second most-populated state for more than a decade. He was a social conservative with an anti-Washington message. Upon entering the 2012 Republican Presidential primary, he went from front runner to a fifth-place finish in Iowa. After polling in the single digits in South Carolina, he dropped out and endorsed Newt Gingrich. What went wrong in his efforts to replace President Barack Obama?

It seems to me that the major reason Perry failed so completely and historically as a national candidate was that he just didn’t seem knowledgeable enough to be President. This isn’t a complete surprise if you look at his background.

He has previously sought offices he was qualified for. He started out in the Texas House of Representatives, the lowest rung on the political ladder. After six years, he ran for State Agricultural Commissioner, one of the least glamorous statewide offices. After eight years of that, he ran for Lieutenant Governor, and then he became Governor two years later.

After six years in the state legislature and ten years holding statewide office, he had a good resume for an incoming Texas Governor. After two-and-a-half terms of that, he didn’t necessarily have a complete résumé for a potential President. 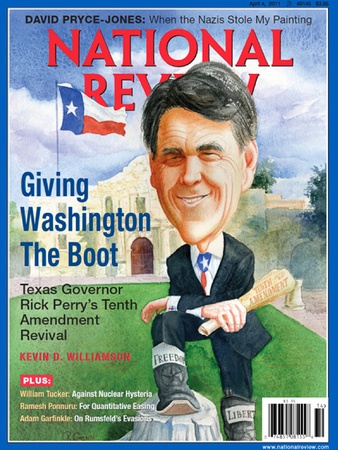 Some would disagree. Four of the last six Presidents have been Governors, and there are arguments that it’s preferable to electing a legislator to the White House, which may explain why only three Senators have ever been elected directly to the Presidency. On the conservative end, Leon H Wolf of Red State suggested that executive experience is paramount.

I have probably run the gamut with most of the rest of the GOP electorate in terms of at least considering voting for everyone in the field (with the exception of Paul, Bachmann and Santorum), but I have come back around full circle to where I started this primary season: no more legislators as Presidential nominees. And yes, this means that if push came to shove, I would probably support Romney over Gingrich. Our brand suffered a lot of damage in the years from 2004-2008, and if the people of the United States actually give us another chance and we elect a Republican who screws things up, we might not elect another Republican for another 20 years. Therefore, I consider it to be especially important this year of all years that we nominate someone who can actually do the job of being President well, as opposed to merely someone who can beat Barack Obama.

On the liberal end, Nate Silver wrote a piece two years ago, noting that Governors generally have a significant advantage in presidential elections.

The qualitative insight is more robust than the quantitative results: Governors seem to have an intrinsic advantage when it comes to running for president. I’ll leave it to others to determine why, but here are some things you might consider:

First, a presidential campaign is quite an undertaking. You have to manage a fairly large staff, balance the books of a multimillion-dollar operation, cultivate donors, make public appearances, give speeches, kiss babies, perform well in debates — it helps to have executive experience and a diverse range of skills, and those are probably cultivated better as a governor than as a senator.

John Sides wrote another piece in fivethirtyeight about Arthur Simon and Joseph Uscinski’s paper on whether there’s any correlation between a President’s reputation and prior experience.  It seems that big-state governors are usually at an advantage.

As it turns out, being a governor does help, but only if you’re a governor of a large state (defined here as states with a larger number of Electoral College votes than the average state). Modern presidents who have served as governor of large states are evaluated more positively on several dimensions, including relations with Congress, public persuasion, moral authority, and a few others.

Why did Perry do so badly? Why did he seem so unprepared? One argument is that Texas has a “weak” Governor, which could also explain why President George W. Bush had such a poor reputation, relative to other big-state Governors who went to the White House (Ronald Reagan, Franklin Delano Roosevelt). However, the consensus is that during his thirteen years in the office, Governor Perry has increased the power of the executive branch significantly. As Texas Monthly put it…

During his historic governorship, Perry has reinvented the office as a power center. This may be his greatest accomplishment. Yes, our state constitution, written the year before Reconstruction ended, created a weak governor’s office (as did most constitutions of the states of the former Confederacy). We had two-year terms (the Legislature changed it to four-year terms beginning with the 1974 election) and a fragmented executive department with power divided among the governor, the lieutenant governor, the comptroller, the land and agriculture commissioners, the attorney general, and the railroad commission. But Perry has used his appointment power to install political allies in every state agency, effectively establishing a Cabinet form of government and making him vastly more powerful than any of his predecessors. In this regard, the Texas politician he most resembles is LBJ, who, Robert Caro reports, once told an assistant, “I do understand power, whatever else may be said about me. I know where to look for it and how to use it.” Rick Perry, to a tee. 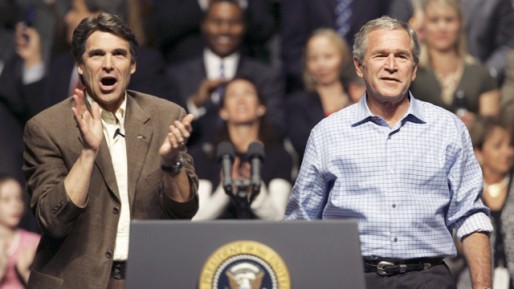 Perry exemplified a potential shortcoming for Governors seeking the White House. He was simply unfamiliar with things outside of Texas. If you look at his résumé, he never served in an elected office in which he seriously dealt with people from Washington, DC, or the other 49 states. It doesn’t help that Texas is a large geographically and culturally isolated state. In that regard, he had a resemblance to Sarah Palin, the similarly maligned former Governor of Alaska.

Senators usually don’t have significant executive experience, but the job does require them to be knowledgeable regarding events in the rest of the country, which is an advantage for a potential President. Rick Perry’s work in the Texas legislature required him to be familiar with the other 149 State House districts, and this paved the way for his rise to executive office. His education wasn’t sufficient to convince voters that he knew enough to be the country’s chief executive.

This could change with his second go-around. He does have the experience of a national campaign, even if it went rather badly. And he is getting involved in the affairs of other states, even if he was just trying to poach businesses for Texas. The competition for the Republican party’s presidential nomination, especially among the conservative wing, will be stiffer, so he’s unlikely to win the thing. But he may be able to improve his national reputation and influence the discussion.