If you’re over the age of 30 you may not be aware of a huge undercurrent shift that’s taking place and that shift has everything to do with the future of cable television. The fact is that a huge percentage of our populace below the age of 30 have virtually no interest in anything on cable. Why? Because it’s not available on Netflix or other streaming options.

It’s that simple. Many of them wait patiently (yes, youth and patience can go together) for new seasons of their favorite shows to appear on streaming services even when those new episodes are years behind when they ran on cable. The plain truth is that streaming consumers have access to so much content that not being able to catch the most recent episode of a series is no big deal to them.

They also get their news on the Internet so the need for networks like CNN, Fox News or MSNBC is simply not there. 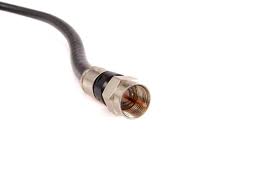 I showed a couple friends today how to get amazing HD on their TV by hooking up an antenna feed. They were blown away. They couldn’t believe you could get such incredible live TV totally for free (beyond the cost of the $30 antenna). Of course it’s not on-demand but my point is that here were a couple very bright, very connected people who had no idea about broadcast TV. It’s just not a world they have any relationship with or interest in. If it’s not on Netflix it’s not on their TV’s (or, more likely, their laptops).

If the networks out there don’t get their heads out of their backsides, and soon, they’re going to find themselves trying to continue selling their wares to more and more people on fixed incomes who can’t afford the growing prices.

My point is, it’s time for both ends of the cable to realize this shift and get on board navigating the right course before the ship starts taking on so much water that it’s beyond salvage.

Remember that we came from an era of such networks allowing consumers to pay them directly and that was in the era of C-Band satellite TV. Consumers could call a provider and pay JUST for HBO (for a year) and get just HBO for that year. The price was also dramatically lower than what they pay now (comparatively) because the middle-man wasn’t a cable company.

Netflix, on the other end, needs to wake up and also get on this journey and start providing access to such content. Many of these consumers would gladly add networks like HBO, TBS, FX and many others, if only they were available on the platforms they’ve adopted. The key is that their content would also need to be on demand. This generation has almost zero interest in the idea that a show is on only at a specific time on a specific day of the week. They’d rather wait and see an entire season (or seasons) and watch a show like The Tudors which ran four seasons) in a matter of weeks.

I’m shocked so many networks are only available to consumers via “approved” platforms like cable. It’s like suggesting that Pop-Tarts only be made available at one very specific type of store. The difference with a product like that is that they figured out that it’s about selling their product any way they can to as many outlets willing to sell it. Somehow the broadcast networks haven’t evolved far enough to catch onto this concept. Instead they believe that limiting access is a plan for success. They’re wrong.