Mozilla has been a clear force in the digital communications realm. Their ancestry goes back to the very earliest days of the Internet when most of us connected to it via dedicated phone lines and slow modems. Back then we all wanted Netscape Navigator instead of proprietary solutions provided by so many other sources. 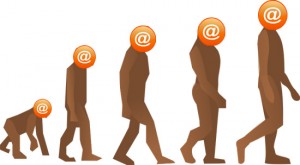 Frankly, that was about the pinnacle of Mozilla. Since then they’ve been locked in a battle, much like Apple, to gain double-digit market share from Microsoft. I’ve been a supporter for a long time. I purchased Navigator way back and have been happily using Firefox for many years now.

On the e-mail front I’ve never been a fan our Microsoft’s Outlook or Outlook Express. They’re solid but just not fluid enough for my tastes. That also means they tend to get entirely ignored for years at a time with regard to new features and the like. For well over a decade I used a program some of you may be familiar with called Agent from a company called Forte. Their most popular product is known as Free Agent. The Agent series is easily the most powerful Usenet newsgroup client out there. It also worked well as an e-mail client and included comprehensive filtering options. I was so happy with the product at one point that I got involved heavily with their beta team in an effort to keep them aware of the world outside Usenet. Unfortunately my efforts essentially fell on deaf ears as Forte decided they had no future competing with everyone else and took the buggy whip approach. They’re going to have the last best Usenet client out there long after anyone cares.

Once I decided I had to make a switch that switch wasn’t easy. What Agent does well it does very well. It’s what it doesn’t do that drove me to change. I finally installed Mozilla’s e-mail client, Thunderbird, and adopted a “for better or worse” approach with it. The initial adjustment was difficult but over time it continued to evolve while Agent remained mainly in stasis. I grew with it and ended up with years of saved history in it.

The biggest issue I’ve had with Thunderbird over the last few years is that it offers no option for working with mail while on the road. I often travel a lot for work and when that happens I find I end up having to use extremely basic webmail apps from my providers of choice. Their mobile versions are even more limited. Once I bought my Motorola Droid it all came to a head.

I finally had a phone where I wanted interactive access to my e-mail and no lousy mobile web client was going to cut it. My only choice seemed to be to switch over to Google‘s Gmail. Understand I’ve had a Gmail account like countless others for years now. I’ve just never really used it. I also came to realize that Gmail‘s interface could handle my personal dedicated e-mail by just changing some advanced settings. That was a nice help. However, I have to say that, when it comes to e-mail, Google seems to be stuck in another paradigm that I’m just not that clear about. They refuse to support things like folders that virtually everyone else has adopted. They force you instead to use “labels” and, contrary to what any Gmail fan will try to tell you, they are not the same thing. Gmail also lacks comprehensive filtering options, doesn’t offer built-in RSS support, has a decent, but limited mobile app, and flat out does some things that drive a lot of us crazy.

For all of these reasons I thought about going back to Thunderbird but I just couldn’t do it. It meant once again having to deal with one solution on my desktop and another entirely unrelated solution on my phone. What I really wanted to see was Mozilla catch onto the whole “cloud” concept that’s seriously going to change everything and provide a web-based Thunderbird. Even if I had to host it myself I’d jump all over such a solution.

Understand that not that long ago, Mozilla spun off the mail group into their own entity, and that entity has been hard at work re-envisioning messaging. However, they also took an inordinate amount of time to come up with the 3.0 version of Thunderbird which, to the masses, looks almost identical to the 2.x version. I then noticed a reference on one of their blogs mentioning a new project called Raindrop. My hopes grew when I noticed it was web-based and represented a culmination of their idea of what messaging in the cloud should be. And then I watched their first video introduction on it and that ended my enthusiasm.

Raindrop looks like a total mess. First, David Ascher (the new head of the messaging unit) made it clear that Thunderbird is a desktop client and would remain separate from Raindrop. Second, the video explains Raindrop in terms that defy any logic. It proposes answers to problems no one should be having. The big pain it sees is that, solutions today will take a message from your mother and lose it in the noise of everything else. What?! This is from a group that excels at folders and filtering. I long ago created a solutions to highlight and segment out any priority or personal messages that come my way. Any e-mail product worth anything can do that much.

So, instead of providing the world with a new evolutionary step with a tool that has a solid foundation Mozilla’s messaging group is going to take a trek out into the deep forest with a project that seems to solve no problems and does so with a dizzying interface that makes no sense to anyone that sees it. This isn’t any path that will grow their market share.

It’ll be funny to look back at this time period before everyone “got it”. It’ll look every bit as archaic as connecting to the Internet with a 2400 baud modem through a third-party provider using a tool that could barely display images.