I do not believe in DRM (Digital Rights Management) for music or any media. It’s a form of copy protection and I’ve written many times about the issues of copy protection. It protects almost nothing, annoys most everyone (except the pirates) and reduces revenue. Anyone thinking this helps capitalism doesn’t have a clue what they’re talking about. It all sounds great on paper but just doesn’t work in the real world. 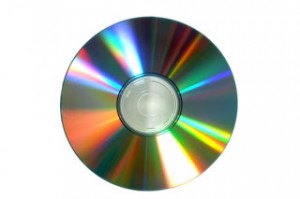 For me, if I buy an album I don’t care if it’s from a store and I get a CD or online and I get a download. To me, I OWN the album in question. You can argue all you want about the industry concept of licensing but that’s all it is to me. If I pay you for your music I should be able to play it where I want to when I want to and without hassle.

I’ve found a very nice service called Music Giants that sells CD-quality digital music for about $1.99 a track. I find that a bit high but acceptable for now as virtually everyone else selling digital music sells you low-quality (in my opinion) MP3’s. I’m not paying anyone anything for crippled-quality music.

The only problem with this solution is that most of the music on Music Giants (just as is the case with all the other digital stores) is DRM. Some of the music they offer doesn’t have it but nearly all the big names have DRM on their music. What this means is that the music can only be played on specific devices and if I lose the file (new hard drive, etc.) then I have to buy it again.

Not that long ago there was a tool that let you strip the DRM from the songs so that you could back them up and play them where you wanted. However, this tool stopped working and now people resort to utilities that are essentially re-recorders. They intercept the song data as it’s being played on your PC and record that into a track that has no DRM in it. It’s all a bit goofy but it’s one of the easier ways to get around the DRM.

Anyway, I went out and bought one of these utilities. They pretty much all cost around $30. The one I chose is called Sound Taxi. It does just what all the others do and does it in a nice interface.

So then not long after buying it I had a hard drive start to act up. I bought a replacement and ended up having to not only replace the hard drive but also re-install Windows XP. A couple of months have gone by since then. I just now bought my latest music from Music Giants and went to run Sound Taxi. It complained that it wasn’t registered. This happens all the time when you re-install Windows. However, all my attempts to re-register it failed so I sent a note to customer service.

Then the fun began. Their support sends replies, it seems, all at once. All my replies from them come between 5:45am and 6:15am. By this I assume they’re in Europe somewhere and only respond to their questions at their convenience and not the customers. Their reply was to send me a new validation key. Great—except it didn’t work. So I wrote back that the key didn’t work and their reply was that the key works just fine as long as it’s on the PC with a specific ID number. That ID is what I had on the PC before the re-install of Windows.

The catch is that there’s no way to ever get back to that number unless I travel back in time to before I did the re-install. Their support tells you that your license only allows their software to work on the PC you bought it for setup the way it was the day you bought it.

The ironic part of all this is that I bought this software to avoid exactly this type of scheme from my music! Are these people kidding? I then did some Google searches to find that others also view this as a scam and that they not only do this to a lot of people but under different names. The other big one they use is “All-Music-Converter”.

For me it’s a $30 lesson learned. I’ll spread the word on this one to anyone that I talk to about audio and I’ve already found a replacement that doesn’t charge this way. I’ll mention it later if it proves to be a good solution.