This morning I got an interesting e-mail from the CEO of Netflix including both an apology and an explanation of what they’ve been up to. Clearly things are very volatile at that company these days.

The letter laid out the break-up of Netflix into two companies. Netflix will continue on as a streaming-only company (at least until the next big technology shift happens) while the DVD-rental business is being spun off as Qwikster. 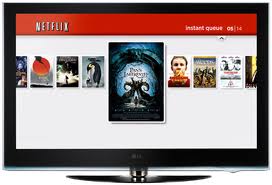 This is, of course, all being presented as a big positive step but it’s blatantly clear that this sort of divorce and name change is being done for a much bigger reason—Netflix no longer believes in the DVD rental business and it’s hard to blame them. Back in their earnings report for Q4 the CEO said, Netflix is “primarily a streaming company that also offers DVD-by-mail.”

Netflix knows the future is in streaming no matter how much they’re pulling in from the DVD side. Just as VHS tapes vanished so too will DVD’s over time. Maintaining a huge library of physical media that breaks, gets lost, gets scratched, has to be inventoried, purchased, shipped, is simply a huge undertaking for something that clearly has a very finite life expectancy at this point. I don’t believe anyone feels we’ll be using physical media in 20 years and very few in 10. I suspect the vast majority will see it as quaint in just 5 years.

It seems obvious to me that this move is designed for one thing only—to make it easy to shut down the DVD-side of the business cleanly without it directly interfering with the future of Netflix. Before too long we’ll start hearing about just how different Qwikster is and that, perhaps, they’ve been sold off entirely to another company that will struggle with it for some time and then, ultimately, end up shutting it down. Meanwhile the streaming business that Netflix is building will continue forward without having to lay off people, have the stock torn apart as Qwikster fumbles or have their image further tarnished by anything from a segment they no longer believe has a future.

Netflix should have done this a while ago but it’s easily to say that now. They handled the last few months poorly and they have many challenges ahead of them—most notably going head-to-head with the cable companies and the powers that are vested in keeping the business models just as they are today. Divorcing themselves from the DVD side is absolutely the right thing to do. It remains to be seen now the customers of that side will react but, ultimately, they’re on a ship that’s never going to reach port so it’s time to cut the losses.