I often will see technology-based publications make statements that defy even the most common sense. As a bit of a technologist myself I try to guard against the very myopic view that causes these sort of errors in judgement. 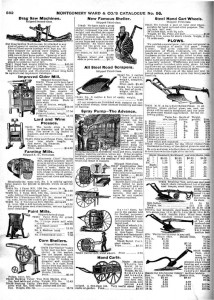 The Huffington Post is running a story called “12 Things That Became Obsolete This Decade“.

As an example of what I’m talking about let’s take a look at each of the 12. Also remember that obsolete means “no longer in use”. So here we go:

1. Calling – The tech folks at HP think no one calls anymore. It’s been taken over by text messaging, instant messaging, tweeting, etc. Uh huh…. I agree that calling is on the decline but obsolete this decade? I don’t think so. I don’t think it’ll be obsolete in the next decade either.

2. Classified ads in newspapers – Again, I agree that these are very much on their way out but they didn’t vanish during this decade. Many people are still posting ads and obits in the local paper. How do I know this? Unlike the tech people at HP I actually looked at a paper.

3. Dial-up Internet – Again, another item well on its way out but not obsolete during this decade. So far this is as close to accurate as the list has gotten while still not getting any of them right.

4. Encyclopedias – Hurray! I finally see one I agree with that has become obsolete this decade. In fact, they may have become obsolete last decade. I still remember clearly the battle over this when Compton’s and other publishers put out CD’s that cost as much as their books arguing that they had to or else they’d kill their business. Little did they realize their business was already terminal.

5. CD’s – Speaking of CD’s these guys think they died this decade. Uh, no. Not even close. They’re in decline but not everyone gets their music digitally online. In fact many of us still despise the draconian limits of digital music. Thanks but no thanks.

6. Landline phones – Really? No one knows anyone with a landline phone any longer? I have two landline numbers (granted they’re now VoIP but still landlines and my SMALL provider has several hundred thousand customers). Virtually everyone I know over the age of 25 has a landline phone and still uses it. Hardly obsolete.

7. Film and film cameras – Hmm….. Okay, this one I want to believe. I’m willing to concede that this one, for all standard use, went out this decade.

8. Yellow Pages and address books – Almost. Everyone is still getting a copy of the Yellow Pages delivered to them and they’re filled with ads so apparently they’re not quite dead yet but there’s still a few days left in the decade.

9. Catalogs – Has no one in this department opened their mailbox? Catalogs are still coming to us in droves. I wish they didn’t but they still do.

10. Fax machines – Again, almost. This is a technology I never embraced. I never owned an actual fax machine and never wanted one. However, there are still a huge number of them being sold and being used daily by various businesses and older business people.

11. Wires – I guess they ran out of things to talk about. Wires? I ‘m looking around JUST my desk and I see no less than 8 wires and that’s without looking UNDER the desk where I’d find far more. Come on. They say right in the piece that wires are still around but on their way out. When you right a piece about things that are obsolete you can’t then just ignore the entire point of it all.

12. Hand-written letters – I’m not sure about this entirely but it seems likely in major industrial countries. I suspect quite a huge number are still being written outside the US however.