I’m a big Netflix fan. The concept is clearly representative of where we’re all heading even if that future doesn’t specifically involve Netflix themselves. Streaming video on demand is what most everyone has been looking for since the first modem showed up decades ago. It was just a matter of time and bandwidth.Now that Netflix has managed to so effectively make the case for this approach I’ve been wondering about two features that seem absolutely obvious (at least to me) but that aren’t supported and seem to be holding the product back.

Both involve solving one of Netflix’s biggest issues and that’s improving the awareness of just what’s available there. For the novice Netflix user (and even many who aren’t) the perception  often degrades to the feeling that Netflix is filled with a bunch of junk. Frankly, there’s so much content that the good things on it quickly vanish into the background. Many of the various Netflix interfaces are so poor that searching is often painful on such devices. My Sony Blu-ray player is a classic example.

The first idea is really a head-banger. Why doesn’t Netflix support social networking features? When I find things I know friends and family would like I can’t share it with them easily. The only thing I can do is add such content to my own instant queue. Give me a way to connect to friends (via Facebook perhaps) to send them recommendations. Then I can add those to a Recommended to You section for later perusal. What’s more is that while I’m at a friend’s house I could do this for myself. I can’t tell you how many times I’ve tripped over something while on a friend’s Netflix setup only to have to send myself a reminder outside of Netflix. Being able to have a setup where I can easily keep a list of “friends” and then send them recommendations seems quite useful and beneficial to everyone including Netflix.

When I think of Netflix today what I see is a company that seems to have had one really amazing forward-thinking idea but now seems as if the well may have been quickly emptied. How any company like this is devoid of social networking features is entirely a mystery and a huge concern.

The other one is a bit more complex but is equally beneficial. When I present Netflix to new people—especially anyone that’s a bit older—their first reaction is that it’s entirely too disorganized and too overwhelming. They literally feel bowled over by the amount of options they see. An effective way around this would be to provide a comprehensive interactive “channel guide”. 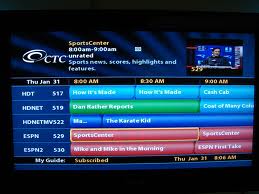 You may be asking how Netflix can have a guide when they don’t have any channels and my answer to that one is simple—the channels I’m suggesting are entirely virtual and already exist.

You could have channels called, Action, Horror, Classics, TV and so forth. They already have these categories but then also have “Action2” and “Horror3” or variants like “Vampires”. Then fill the time slots of appropriate content from the current inventory of shows. Why would this be beneficial? For one thing there’s a slew of potential customers out there that are used to this sort of presentation. Make them comfortable and convert them over.

Once of the biggest issues with Netflix is that when you turn it on it just sits there. With TV when you turn it on something is on and you can bounce between things. Netflix could present itself as a complete cable replacement service this way. It gives the impression that something is always on. In fact, this is another item I’d like to see down the line and that’s a tie-in with existing channels to give Netflix users access to live content like a news channel. Launching Netflix wouldn’t be such a dead experience any longer. Someone like the Current TV channel should be pushing this already to get more brand awareness going.

If a user selects a movie on the guide that’s listed as being half-over simply start it at the beginning no matter what. The guide exists only to give those customers a sense of comfort and to show them how much is really here. It’d be easy to come up with 100 such channels and that would give people a real sense of value. It doesn’t matter one bit that’s it’s all artificial. The end user won’t care.

More than that, Netflix could charge a premium to the various studios to highlight their content more prominently in the guide. Who gets the critical time slots on channels? Why, whoever pays for that valuable space of course. If there’s a new Twilight movie coming out then the 8pm slot on the Vampires channel would show everyone the last film assuming the studio wants that. Imagine a competing film coming out and that studio wanting to make sure their related film is there or perhaps they’re willing to pay for virtually any content to appear in the key time slots instead of films from the competition.

“Recording” from the guide would just add things to my Instant Queue for later viewing furthering the familial aspects of the approach. Trust me, you’d end up converting a huge number of less gadget-oriented people with this. Customer satisfaction would go up and so would revenue both from the new customers and from the new advertising stream.