We seem to be at the beginning of a process that, I have little doubt, will evolve into something useful with regard to “data access”. The piece I’m picking on today is the cell phone data package any of us with a smart phone pay extra to have. 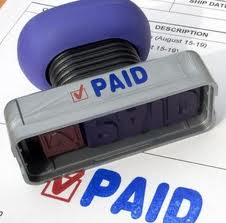 In my case, for the time being, I’m paying Verizon Wireless $30 a month for unlimited data. That’s going to change when I get my next phone I’m told but for now that’s what it is. Many others pay $30 for 2GB of data each month.

The part that bothers me is that we’re paying for this data only to find out that there’s strict limits on how we can utilize it to the point where you really aren’t getting what you think you’re paying for.

Take, for example, the concept of a hotspot. If you’re not familiar with a hotspot I’m talking specifically about a Wi-Fi hotspot. These are found in your home (if you have a wireless router), at countless retail locations (Starbucks, McDonald’s and even small pizza places today) as well as nearly every hotel and event location. It allows you to connect whatever device you have into that hotspot to get access to the Internet.

Enter the cell phone. A number of years back someone realized you could use your phone just like you would a modem. You could connect it to your laptop or any other device (assuming you had the right cable) and get into the Internet via the phone’s cell network. That then led to the ability to turn your phone into an actual hotspot that several devices could then tap into and access the Internet.

Last year I had a work event where no one knew the credentials for the Wi-Fi connection we were supposed to have but that didn’t stop our presentations. We use two laptops to show off our web service and both simply connected to my phone and away we went.

The problem here is that most of the wireless cell companies charge an additional fee for using your phone this way. Verizon charges $20 a month for this on top of the $30 a month for the data plan that I personally barely use. In this one case I ended up using a phone for all of two days with minimal actual connectivity during that period.

What’s needed here is more competition and time. Already some phones are coming with this feature enabled and free (at least for a limited time). It’s just a matter of time before this will be yet another included feature. However, for the time being, things are getting ugly.

In order to do this on many Android phones you need to first “root” your phone (which means you’re essentially ending around the locks the manufacturer set up) and then you can download one of many apps that allow you to just by-pass the carriers and let your phone act as a hotspot. However, just this month Verizon and others have started forcing Google to remove these apps from the Android Market. Informed users can still download and install them but now they need to know where to look.

Also, reports have surfaced that AT&T has started summarily charging users after the fact when they suspect that user has done this. Out of the blue your bill shows up with the hotspot fee. Best of luck convincing them to remove it. In fact, one major application developer in the arena by the name of June Fabrics (makers of an app called PdaNet that allows for this without rooting your phone) started encrypting the data stream so that the carriers can’t be sure that’s what you’re doing.

So now users are being driven to extremes just to use data they’ve already paid for.

Ultimately much of this comes from the days of how we paid for traditional phone service and the desire of those companies to keep working in the ways they know best. However, as we move forward here it seems quite obvious that what the future holds is much different than the current model we have today. Imagine, for example, a family data plan where we pay $100 a month for a certain amount of bandwidth. However, we get to use that bandwidth any way we like. We can buy phones that connect to it. We can hook our desktops to it. We can use our Kindle‘s on the beach with it. We can browse the web on our tablets. One bandwidth package for all our needs.

Instead, what we have today is a totally unsupportable model where I buy a tablet and need to get a data plan just for it. Then one for my son. Then one for my game system. On and on and on. No one will put up with this as it evolves and some company is going to figure out that given their users a pool of uber-bandwidth is an advantage. Once that happens the walls will finally fall on this issue.

Someday…. I’m just not sure I’ll be around when it happens.