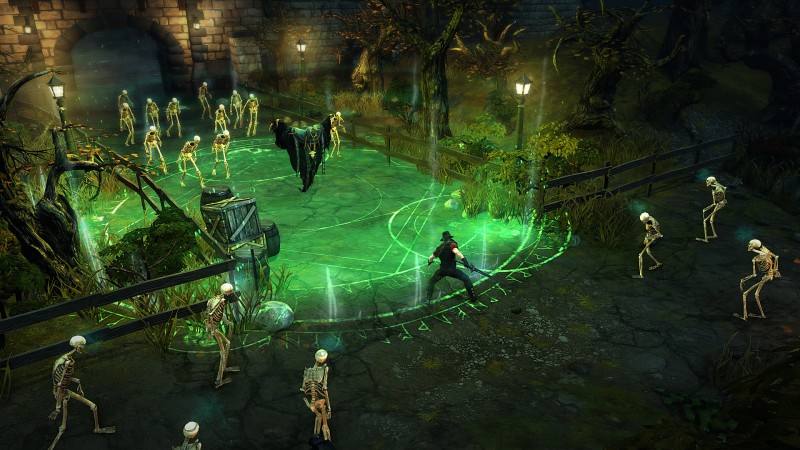 Victor Vran has no right being as good as it is. The story, voice acting and overall presentation are all very mediocre, but it’s the supreme game play that makes it stand out. It’s a standard action-RPG, similar to Diablo, but it shakes things up a bit with its two-weapon system. Each weapon has its own set of abilities for different fighting scenarios. Switching between your two weapons for different combos feels fast and fluid. On top of this, the unique quest system has you repeating areas with different modifiers on to keep things fresh.

Victor Vran is available for PC. 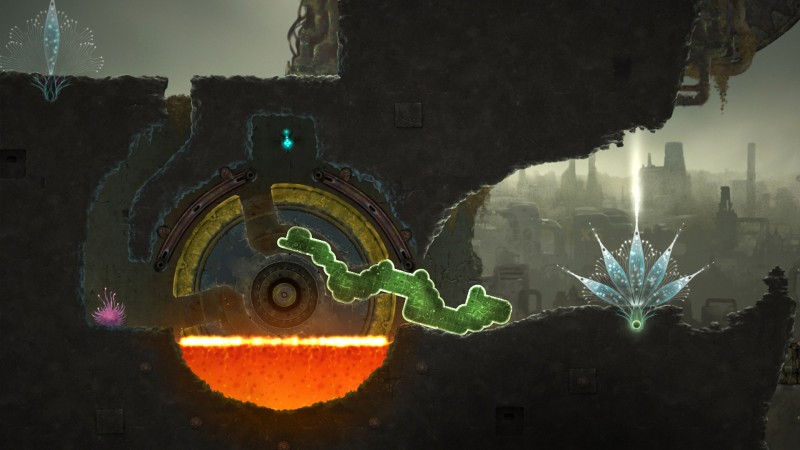 Mushroom 11 has one of the most unique puzzle elements that I’ve ever seen. You use the mouse to erase parts of a big green blob that then grow back on a different part of the blob. It sounds a little weird, and it took me a while to fully get a grasp of the gimmick. Once I did, I was able to tackle many of the interesting little challenges that required some acute movements and abstract thinking. It can be a little frustrating at parts, but Mushroom 11 is definitely worth a look for puzzle fans.

Mushroom 11 is available for PC. 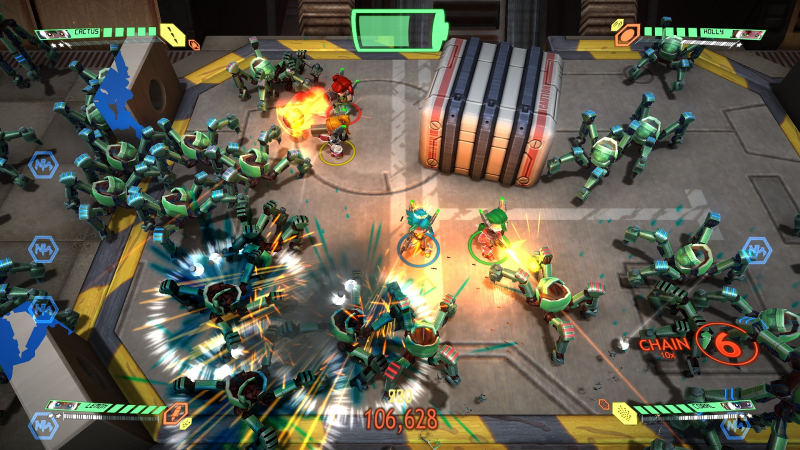 Despite the terrible name that sounds like it was created by a random name generator, there’s a lot to love in Assault Android Cactus. It’s a fast and frantic twin-stick shooter that feels absolutely wonderful to play. You plow through enemy after enemy by choosing one of many playable characters, each with their own unique weapon loadout. The difficulty really ramps up with the insane boss battles that emulate classic “bullet hell” games. As a big fan of twin-stick shooters, Assault Android Cactus definitely can hang with the best of them. 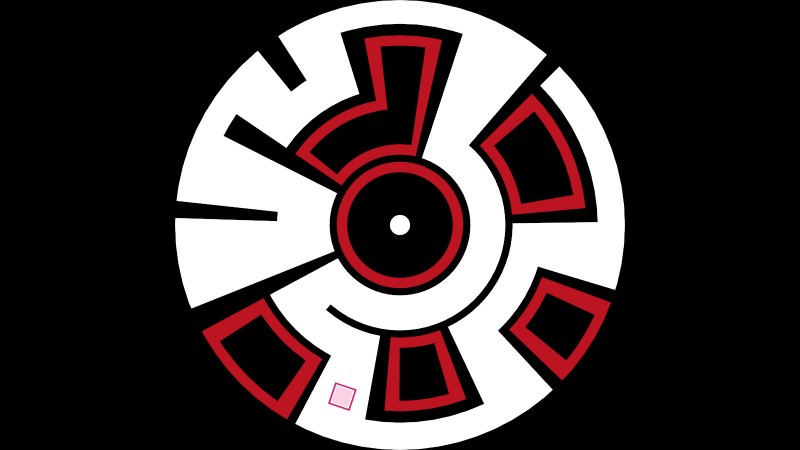 Expand is a relatively small experience, but it packs a nice enjoyable punch. You control a square moving in and out of the expanding and enclosing surroundings. It’s unique in that the challenges are constantly warping in and out. It’s nothing too difficult, and Expand ends up being more of a Zen-like game to play. The beautiful piano music really seals up this nice little package.

Expand is available for PC.

I thought that I had played just about every type of match three puzzle games, but Puzzle & Dragons Super Mario Bros. Edition really took me by surprise. It’s similar to Puzzle Quest in that which orbs you match together define the attack against your enemies. You have different members in your party that can deal certain types of damage, and proper preparation is key for victory. The big twist is that, by using the touch screen, you can move an orb anywhere around on the screen, knocking other orbs in its path to line up combos. It’s delightfully addicting and a great time waster before bed. 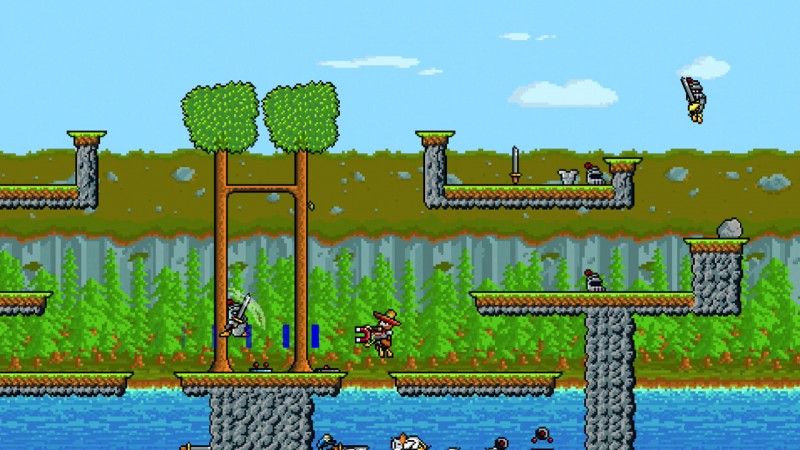 Duck Game is pure hilarity and some of the most fun you can have with friends. It’s a 2D party game where you play as a duck with ridiculous weapons to kill your foes. You can capture your friends with a web gun and throw them off the side or chase them down with a revved-up chainsaw. Usually, everything just ends up in a bit of hilarious chaos with deaths seemingly coming out of nowhere. The best part of all is definitely being able to make your duck quack on command.

Duck Game is available for PC. 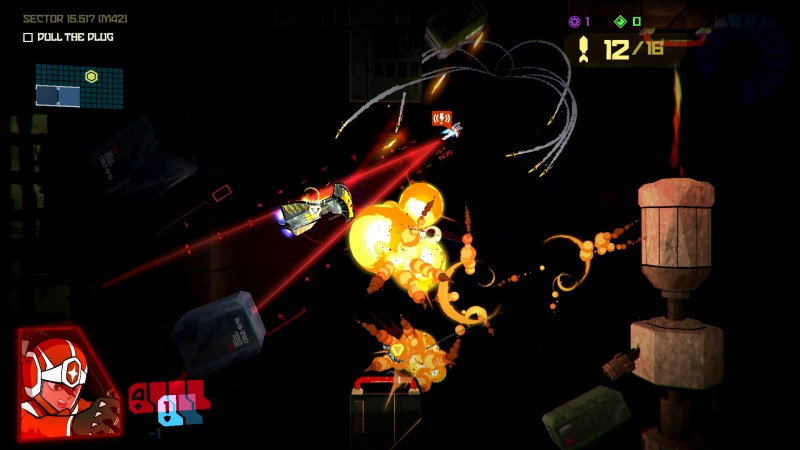 GALAK-Z is a brutally difficult, rogue-lite, top-down shooter where you play as a ship/transforming robot. Levels are never the same because you’ll have to dive deep into a crater or alien cave to complete objectives. The real kicker is that there are so many hazards that you have to avoid, but they can also be used against your enemies. A flame jet you just flew by could be your best friend as you transform into a robot, grapple an enemy and shoot them right into it. It feels incredibly rewarding to go into a situation with a plan and have it come together.

GALAK-Z is available for PlayStation 4 and PC. 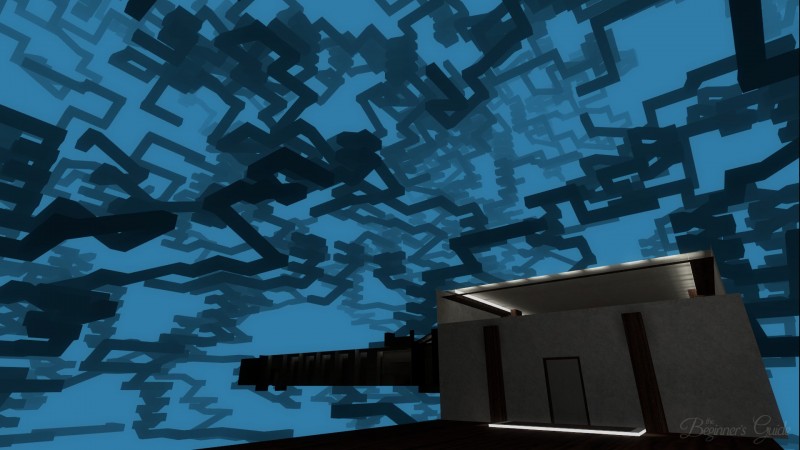 While the argument can be made whether or not The Beginner’s Guide is even a game, I think it still deserves some recognition as a really interesting little thing. It’s more of a walking simulator as you travel through a game developer’s small projects. Davey Wreden, the creator of the wonderful game The Stanley Parable, narrates the whole thing and dives into some interesting concepts behind the creation process of game development. I can’t say too much without spoiling it because it must be played to get the full experience. I will say that it’s not for everyone, but for about the price of a movie ticket, you get an equally interesting experience that is ripe for interpretation.

The Beginner’s Guide is available for PC. 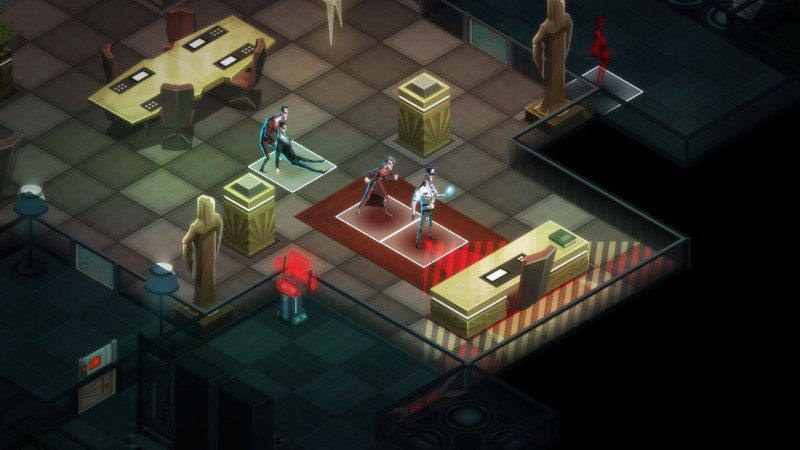 Invisible, Inc. is a turn-based stealth game set in a futuristic world that encourages you to tackle the campaign in any way that you see fit. You’re tasked with getting this coveted vault open, but in order to do so, you need to prep for the mission by completing other missions. Multiple locations are open at any point to attack, with each one having their own reward for doing so. You might attack a bank in order to purchase new weapons, or you might infiltrate a lab to spruce up your characters. The stealth game play mixes very well with the turn-based system in that it allows you to plan out your attack for each guard-filled room.

Invisible, Inc. is available for PC. 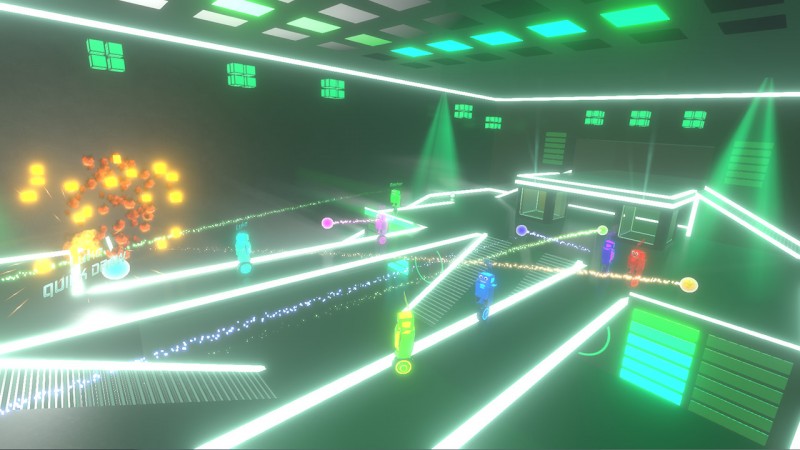 In Robot Roller-Derby Disco Dodgeball, you’re a robot in a roller-derby disco, and you’re throwing dodgeballs at other robots in the roller-derby disco. It’s silly, it’s simple and it’s a lot of fun. Well, I think that about covers that one. 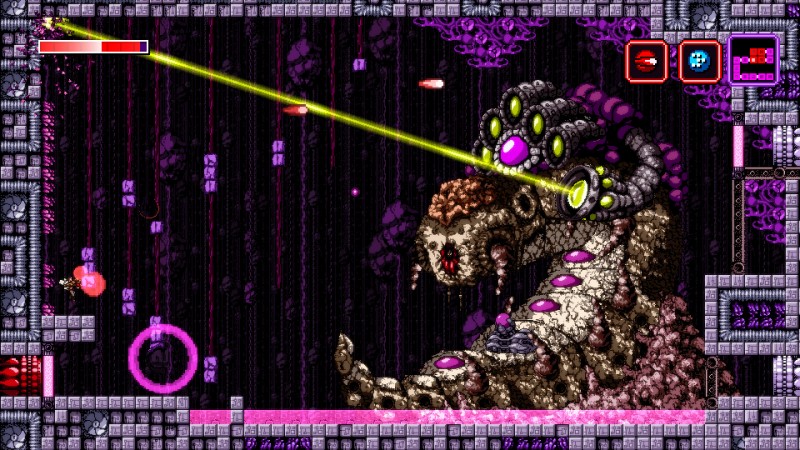 Axiom Verge is the most blatant Metroid copy that there is. Everything from the pixel art to the interconnected world that’s blocked off by power-ups just screams Metroid. That’s not an inherently bad thing, though. It does shake things up with some interesting weapons and power-ups, and the pixel art is a thing of beauty, particularly with the bosses. Although I had problems with the pacing, Axiom Verge is a very solid action platformer.

Axiom Verge is available for PlayStation 4 and PC.