In these days wher 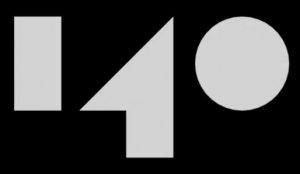 e games are as numerous as ever, it is important to create something unique enough from the competitors to generate interest. For 140, that important unique factor is a mix of outstanding sound design and minimalistic yet colorful visual style. Coming from Limbo’s gaming director Jeppe Carlsen, it’s no surprise that the platforming is simple, but it’s the overall package that has to be experienced to understand it.

Starting in a random and bleak overworld, you’re a small circle that can jump and move left or right. That’s essentially the control scheme. Once you pick up one of the many musical orbs and place it in its beacon, the world transforms into a wild and bombastic whirl of excitement. Environments become richly colored, and music starts to amp up. However, there are more music orbs to pick up to progress. Picking these up will again change the environment and trigger some platforming elements to turn on. These elements are also aligned with musical cues and react according to the beat. 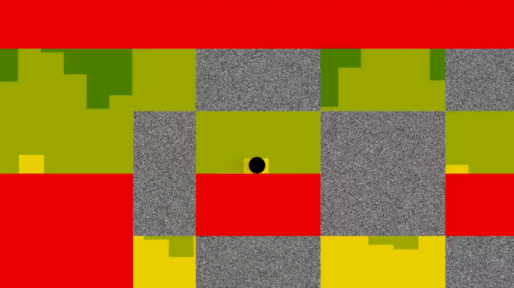 These static blocks will crush you if you don’t move to the beat quick enough.

The music and sound are really the star of the show here. Platforms appear and disappear to different pitter-patters of hi-hats and drums, and dangerous death blocks to avoid slam down to the bass. However, this music serves more than just entertainment because it can help with the sometimes-difficult platforming. Rather than base your jumps off pure visual cues, it’s necessary to pay attention to the beat and proceed along with the music. Even though the platforming is basic, the immersion caused by the electrifying music and vivid colors is intoxicating. It’s like being in a club with an insane number of lights and an overdose of music. It was satisfying. It was filled with life.

Progressing further in 140 means larger challenges and trickier platforming that involves more thinking and quicker reflexes. Because the control scheme lends itself to simplicity’s sake, it’s refreshing to see a wide array of mechanics be implemented in the levels themselves. Antigravity is sometimes turned on to float your little shape around. Static boxes fade in and out as you try to weave your way between them and dodge a stampede of blocks. All of these ideas would be decently enjoyable in a regular game, but because of 140’s use of excellent sound design, it transforms the experience into something unique.

140 is more than just platforming. 140 contains bizarre boss fights at the end of the three levels to challenge you in a different way. You’ll fight static boxes as they try to impose their evil static lifestyle on your colorful world. Each of three fights is completely different, and two of them use game play elements not relevant to the rest of the game. For instance, the third fight is composed of a single square in the middle with you controlling the pointer that can be pointed only one of four ways from the square to block spikes coming at you. They’re very divergent from the core of the game, but the strangeness of them helps mix things up. They’re also very difficult compared to the platforming sections, which seems like an odd decision, but the payoff of having another beautiful level to play after the fight is worth the challenge. Unfortunately, there weren’t more levels.

The biggest gripe I have with 140 is its length. There are only three levels in the game with an additional three being the same levels but mirrored and containing no checkpoints. While it is understandable that a game that costs five bucks is so short, it’s deeply disheartening to have such a wonderful experience halted after just an hour. I guess that’s just me being selfish.

140 is one of the hardest games to describe. At face value, it’s just another simple platformer that tries to be interesting. However, once you get your hands on the product, you discover what an exciting little gem 140 actually is. I wanted more. I needed more from 140, but all I got were some rehashed levels with an insane difficulty spike and an empty feeling in me once I realized that my time with it was over. 140 may be simple, but it packs a big punch. 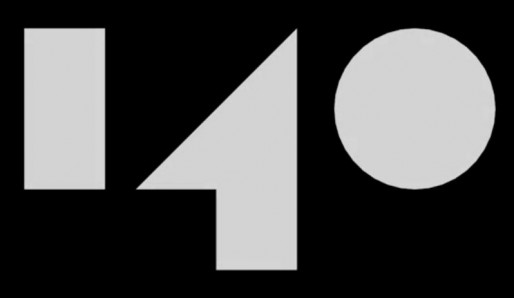