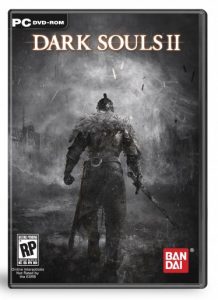 When any of the Souls games get brought up in conversation, it’s often about their level of difficulty and painfully punishing game mechanics. There were rumors of Dark Souls II being downgraded to appeal to a wider audience, and these rumors had just about every fan worried sick. After just a couple of hours of playing and plenty of deaths, it was quite clear that From Software had definitely not held anything back. Even though I had spent over 200 hours in Dark Souls and claimed myself a veteran, jumping into Dark Souls II wiped the slate clean. I was forced to learn new mechanics and adapt to the world around me, which was a delightfully sobering experience.

While the difficulty definitely is a talking point of the Souls series, it’s just a small part of the core of what makes them tick. What most people tend to overlook is From Software’s ability to continually develop astonishingly robust worlds with tip-top level design that evoke a deep feeling of dread and despair in the player. Dark Souls II continues to facilitate these feelings, but due to the change in game mechanics, they often aren’t as powerful as they were in previous Souls games.

In Dark Souls II, your hallowed warrior travels to Drangleic in search of reversing the curse brought upon him. You meet some characters, kill some monsters and visit death over and over again. For me, the characters you interact with feel largely forgettable due to how many are present in the world. In usual fashion, the underlying story behind all the environments and your true objective in Drangleic is kept far from the forefront. You have to dig deep if you want to fully understand the story. This is partly why I love the Souls games; I can completely disregard the story and dive headlong into the brilliant combat and exploration. 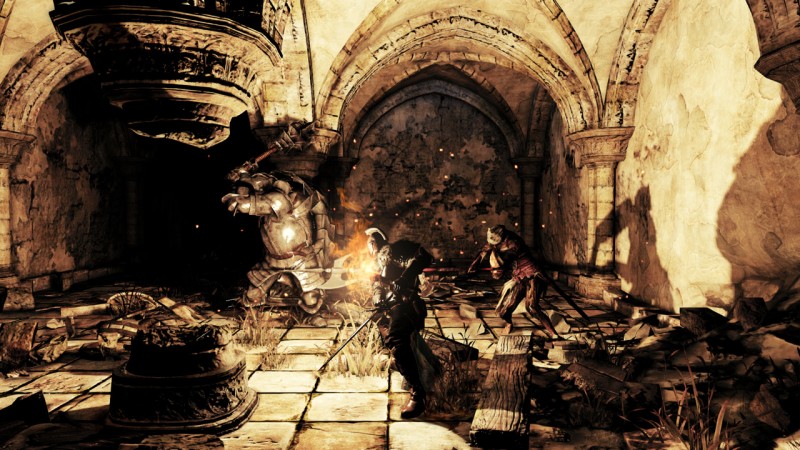 The places you’ll discover are beautifully crafted and filled with death around every corner.

As you travel around Drangleic, you find a myriad of different and horrific monsters. Armor-clad turtles bash your face in with powerful maces, exploding mummies hide around corners to toss themselves at you and each new area stumbled upon is loaded with traps. The AI of the monsters feels much tighter and smarter, and more often than not, they gang up on you. Their hits connect more, and you can’t simply circle behind them with a shield up to kill them. Strategies have to change on the fly as you explore the spans of Drangleic. Even so, encounters in the early parts of Dark Souls II feel a bit cheap. It’s harder to get just a one-on-one battle with an enemy, and until you really get powered up in levels and equipment, you struggle more than usual.

What makes the combat of Dark Souls II so strong is how deliberate and precise it works. Stamina, health, weapon type, spells and dodging are all key into defeating the foes that you come across, and the different play styles affect this. If you feel like being a beefy sword-and-shield type of character, you are less likely to deal damage from afar but can stand toe to toe against powerful creatures in battle. Mages can fire powerful ranged spells at the disadvantage of not having particularly strong survivability, which makes dodging even more important. The heart of the Souls series has always been that you play how you want, from how your character looks to how they actually fight. This variety is stronger than ever in Dark Souls II because of the vast number of new weapons and equipment that join old fan favorites like the absurdly big Zweihander greatsword.

As if Dark Souls II wasn’t difficult enough already, From Software added the draining health mechanic from Demon’s Souls. Each time you die, your max health is reduced a small bit and can be reduced down to just 50% of your max health. It plays just as brutally as it sounds. Fortunately, items called Human Effigies can be used to return to human form and regain full health. While these items are finite throughout Drangleic, I never had a problem with running out of them. As you progress to the later areas, your health is much higher, so the penalty isn’t as detrimental. Bonfires also appear far more frequently than they did in Dark Souls, and they allow much-needed breaks from the action to restore your health, Estus flasks and spells.

Other important changes to the Dark Souls formula consist of how healing works. You start with only one Estus flask to use, with up to eleven shards to find out in the world to increase that number. Unlike Dark Souls, this game’s Estus flasks heal much more slowly over a period of time, and that leaves much less room for error when choosing to drink one. The addition of Life Gems are alongside Estus flasks. These Gems slowly heal you over time and are spattered across Drangleic. In the earlier sections, you have a small number of Estus flasks to use, but the Life Gems make up for it. 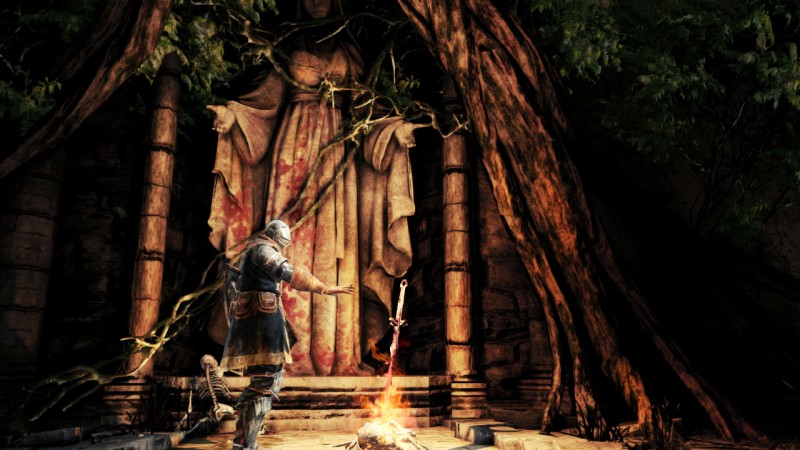 Bonfires provide the much-needed break from the dread and despair all around Drangleic.

Of course, the best part of any Souls game is exploring the vast number of beautifully created environments and fighting bosses that more than triple your size. You start in Majula, Dark Souls II’s peaceful, sun-rising town where all four paths to treacherous areas begin. Compared to the densely compacted and interconnected Lordran of Dark Souls, Drangleic is more like four long branches without any connections. This design decision was most likely brought about because teleportation between bonfires is available from the start. While it’s very much a blessing to not have to run and backtrack between areas, the wonderful epiphany of opening up a shortcut or discovering a new way into an environment is lost. The high number of bonfires that pop up is also disappointing. Knowing that a bonfire is probably not far off meant that I wasn’t nearly as tense or frightened when pushing forward.

While the world may not be intertwined significantly, there is far more content than both previous games in the series. Bosses appear left and right, and new areas constantly open up. The open nature and varying paths to take felt a lot more like Demon’s Souls. If I got stuck on a boss or wasn’t sure where to head next, a bit of exploring somewhere else perhaps opened up a new path. It was extremely refreshing to be able to go where I wanted and when I felt ready. The problem with this concept is that there isn’t a proper difficulty curve. There are certain areas that are better suited for early levels, but as you progress, nearly every boss has a relatively similar difficulty level and small amount of health. It was disheartening to face a giant, intimidating monster only to have him fall just as easily as someone I fought far earlier in the game. Rarely did I actually feel truly tested by a boss, and that unique feeling of accomplishment diminished substantially.

The problem with Dark Souls II is that it favors quantity over quality. The design of many of the bosses seemed not as focused as previous games in the series. Where Dark Souls featured beasts and monsters of various degrees, its sequel features many humanoid creatures. Time after time, a guy in knight’s armor or some variation of a personified monster with a sword was the eventual boss. The fights are still engaging and fun, but the visual design is heavily lacking so much that the bosses become forgettable. The theme of fighting multiple enemies at a time bleeds into boss fights as well. Instead of focusing on tuning a boss fight to perfection, it felt like From Software got lazy and decided to just add multiple enemies to make some boss fights more difficult. 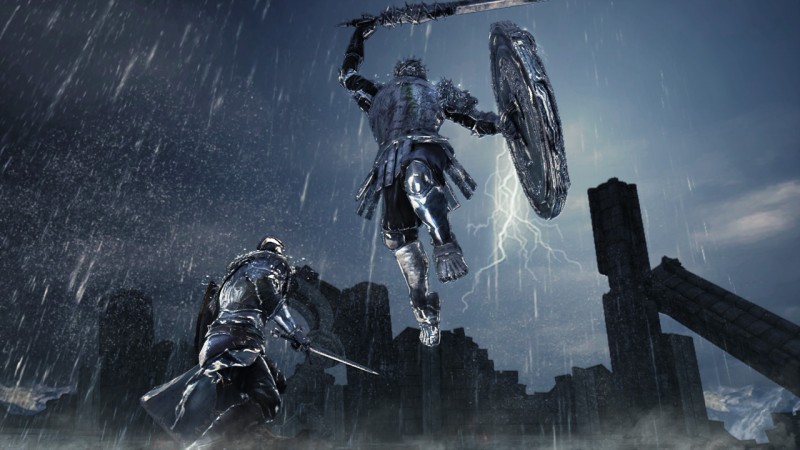 The Mirror Knight boss is one of the few that are executed perfectly in visuals and game design.

Dark Souls II is more than just killing menacing creatures and demons. If you get bored, you can start to kill or help other players as well. The unique online multiplayer game play from previous Souls games returns in brilliant fashion. You can join certain covenants that deal with a specific part of multiplayer game play to either help or hinder someone’s progress. Invading other players’ worlds and killing them are all the better now that From Software has finally fixed server issues that plagued previous games. Lag time is less prevalent, and getting into duels with other players is quick and easy. The multiplayer communication still remains the best among other role-playing games with the use of the always-hilarious gesture system to interact with other players. I feel simultaneously dirty and malicious when invading other players, murdering them and using the wag-the-finger-back-and-forth gesture to inform them that their souls now belong to me.

My favorite change made for Dark Souls II is how New Game+ has changed. In previous Souls, enemies simply just got stronger and hit harder as you played through the game again. In Dark Souls II, the previous rings true but with additional enemies in areas that weren’t there the first time around. If that wasn’t painful enough, even some bosses have unique factors added in the second playthrough. The already-difficult Lost Sinner boss becomes exponentially harder in New Game+ when two pyromancers decide to join the boss’s side. I certainly had to swallow my pride and call for some help from other players for that particular battle. 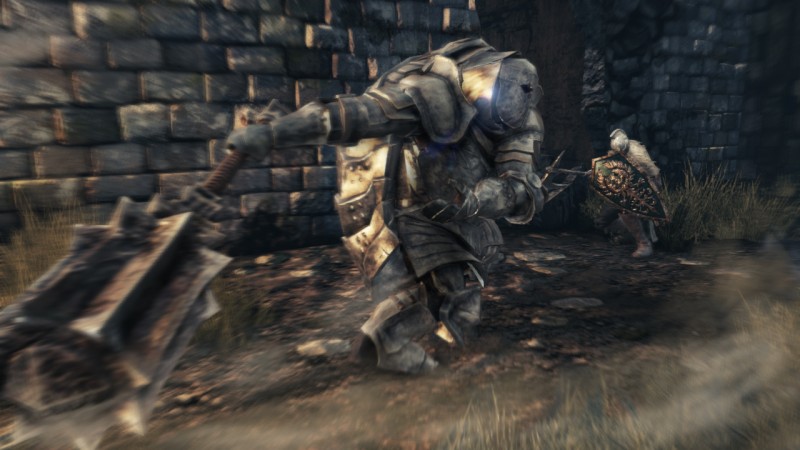 Expect to see more of these vicious turtle warriors on your second playthrough.

What’s most puzzling about From Software’s philosophy behind Dark Souls II is that they aimed to make it more mainstream so that newer players could jump in. At the same time, they added in certain mechanics like reducing health when dying and having significantly fewer Estus flasks in the beginning sections. Out of the 50 hours in my first playthrough, the first 10 were the most hard fought. I can’t imagine that anyone who had qualms with the first two games in the series would have any new feelings with Dark Souls II.

It may seem like I have more criticisms than praise for Dark Souls II, but that’s only because it has to follow what I believe to be one of the best games ever created. When it comes to it, Dark Souls II is simply more Dark Souls — always a good thing — with just some tweaks in design. The deliberate and entirely fair combat is so perfectly facilitated through the unique level design and is still just as engaging as ever. The wealth of content, while partly rushed, will take hours upon hours to complete. It doesn’t focus on arbitrary story because the story is about you. It’s about how you continue to press on through hell and high water, about the other players you meet and help along the way and exploration of the beautiful locales you discover. It may not be as earth-shattering as its predecessor, but Dark Souls II is one hell of a game and a breath of fresh air in the drowning sea of big-budget baby games that hold your hand.

Dark Souls II is available now for Xbox 360 and PlayStation 3, and it will be released for PC on April 25.