When Destiny first came out in 2014, I played it religiously. Every day, I’d log in to do the daily bounties or Weekly Strike in order to obtain the best possible loot that I could find. It almost became a way of life. Despite my obsession, I definitely recognized the glaring faults of the game. After a few months of Bungie failing to fix certain things and coming to grips with its mediocrity, I swore off giving Destiny any money in the future.

Then Destiny: The Taken King happened.

After loads of articles and podcasts raving about how Destiny’s new expansion The Taken King was fixing a lot of problems that vanilla Destiny had, I decided to go back on my oath and dive back in. What I found were indeed a lot of changes for the better, but there are still a lot of old problems that haven’t been dealt with, along with new problems that have arisen.

The biggest criticism against vanilla Destiny was the story, or rather the lack thereof. The Taken King has stepped up in this regard, utilizing many of the side characters whom they had previously thrown to the side to flesh out the story. Swapping in Nolan North as the voice of Ghost has also shown a dramatic improvement over the disappointing Peter Dinklage. While the overall story arc of The Taken King isn’t what I’d call stellar by many gaming standards today, it’s still a massive improvement that allows me to actually understand what’s happening.

The Taken King has a worthwhile story thanks to characters with, well, character.

Compared to the previous two expansions, The Dark Below and House of Wolves, The Taken King offers a substantial number of story missions and quests to complete. After the seven or eight main missions and the main story concluded, I was surprised to see that even more quests popped up to do. These additional missions continued to provide new gear and kept my interest far longer than I thought. The Taken King also introduces awesome new subclasses for each class, with the only downside being that they sometimes outshine the other subclasses.

The actual missions themselves are a huge improvement as well. Before, every mission felt the same in that you’d battle your way somewhere, scan something and then have to fight off waves of enemies. In The Taken King, the missions are far more varied, utilizing interesting mechanics or outright flipping the structure on its head. Some require you to carry orbs to unlock doors or escape quickly back to your ship in time.

The biggest change that happened is the reorganizing of how leveling works. In vanilla Destiny, you simply leveled up to 20 and then increased your level further by acquiring armor that had a certain amount of Light attached to it. The only way to gain access to new activities was by increasing your Light level, which felt very awkward and counterintuitive. You could play for hours and hours without seeing any improvement if you never found that one piece of armor that you needed. 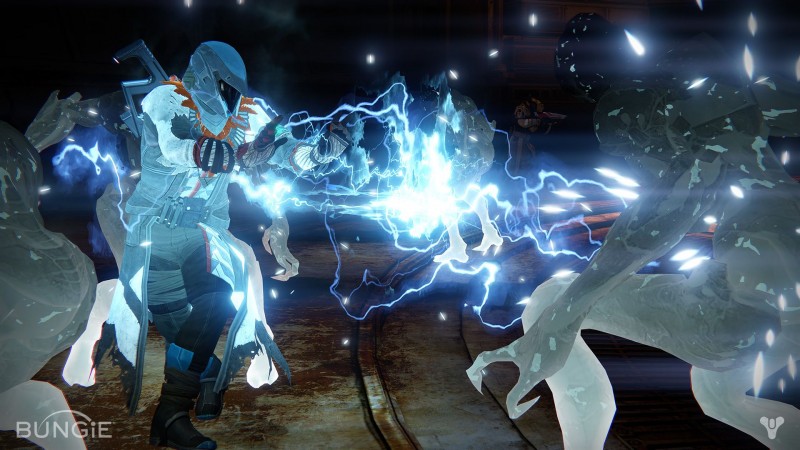 The Warlock’s new lightning-based subclass kicks a lot of ass.

The Taken King has raised the standard level cap all the way to 40, which allows for the wider berth of content that gives you many options for what missions or activities that you want to do. The Light system is still in place, but it is an overall tally of stats on your weapons, armor, Ghost and Artifacts – the latter two of which are new to The Taken King. After hitting level 40, there is a much smoother curve to raising your Light level because you’re constantly getting new weapons and armor that are improvements. This system also makes it easy for Destiny to know that, when you hit a certain Light level, you’ll be able to appropriately tackle whatever challenge awaits at that Light level.

What I don’t love about this new system is how much of my old gear is worthless. All of the hard work and time put into Destiny a year ago went to waste because the only gear worth having now is all from The Taken King. Even my rare Exotic weapons and armor that I had come to cherish is worthless, and some of those now have “Year Two” equivalents that are essentially newer, better versions. There is no system in place to convert these Exotics into Year Two versions, which led to me sadly dismantle all of my favorite weapons.

After I had dismantled all of these weapons and armor, I discovered that the economy of Destiny had drastically changed for the better. You don’t need to have all of these different ascendant shards and radiant energy and yada yada to level up gear anymore. What you get on a piece of loot is what you get, aside from the standard leveling up progression that unlocks that gear’s special abilities. The Taken King also combines Vanguard and Crucible Marks into one standard currency called Legendary Marks. This is a welcome change because it decreases the needlessly complex system and allows for a much faster progression in obtaining Legendary gear from factions.

Perhaps the most puzzling change with The Taken King is that, despite this huge burst of new content, Destiny still feels lacking because Bungie made everything previous to The Taken King worthless. There is now no point to doing the older raids, Prison of Elders or previous expansion missions. They all give Year One gear, which pales in comparison to anything you’ll find in The Taken King. On top of this, none of the older Strikes are in the new Vanguard Strike playlist, which means that you’ll only be playing the same five or six Strikes offered in The Taken King. 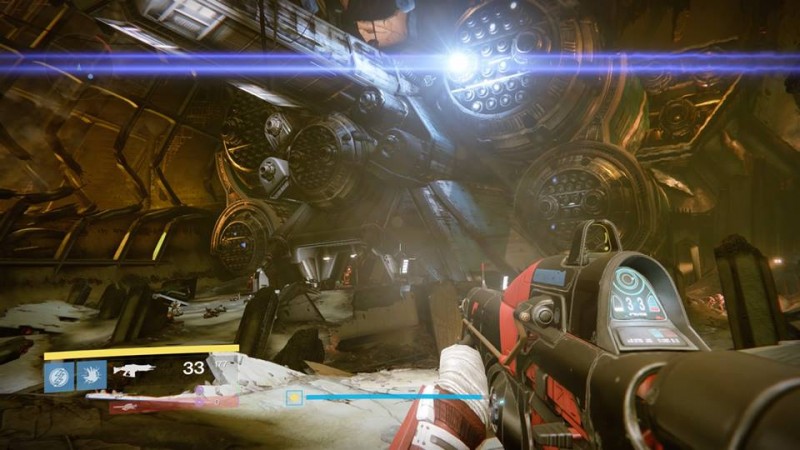 Be prepared to see the new Dreadnaught area quite a bit.

These changes absolutely boggle my mind. When there is finally enough content in Destiny to warrant the price and to lessen the tedious grind, Bungie goes and makes over half that content pointless. There are now 10 or 11 Strikes in the game, but we’re still forced to repeat the same few over and over again. I used to love doing the Vault of Glass raid, but now, I can only play the new King’s Fall raid, although it is a pretty damn good raid. This means that the only main end game content for hard-core players is, yet again, the one raid.

What’s different compared to vanilla Destiny in this respect is that there are some secret missions and unique ways to unlock new gear. The Court of Oryx, for one, is a welcome addition. It tasks you and some friends to using finite runes to summon mini-bosses that have special modifiers. Some require the boss’s shield to be blown up by Cursed Thrall, while another’s shield constantly changes to different damage types. My problem with The Court of Oryx, though, is that it’s limited by the number of runes that you have, which are rare drops. Other secret missions are time sensitive and require you to play on that specific day or you miss out. While I like the idea behind these, life sometimes gets in the way, and you may not be able to log in to complete that specific quest.

Most of the new activities and missions in The Taken King require you to be in a fire team in order to complete them. This further compounds the continuous problem that Destiny still doesn’t have any way for you to find people with whom to play. If I want to do a raid, I have to go to third-party avenues to find people, and because they’re third-party, the whole process isn’t smooth. There are multiple missions in my quest log that I simply can’t do because sometimes not enough of my friends that play are on or it’s hard to find a time on which we can all agree. There needs to be some way for me to link up with random players to do some of these activities. Bungie’s stubbornness on this subject is getting increasingly ridiculous.

Despite much of my negativity in this article, I have enjoyed the majority of my time back in Destiny. The Taken King has given a wealth of new interesting content to complete with new character classes and a much better leveling progression to the endgame. It’s a shame that all of this new stuff has effectively gutted a significant chunk of content that was a lot of fun to play. We’re still only a year into what is supposedly a 10-year-long franchise, so there is still much to be learned. As it is, The Taken King is a great first step in the right direction, and I look forward to seeing how Destiny will continue to change over the years.