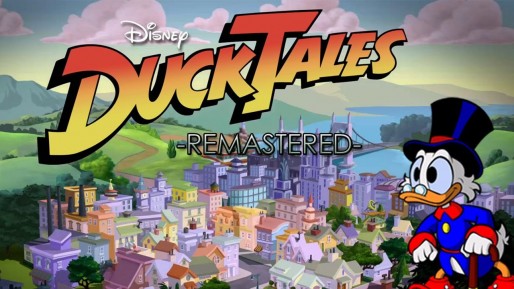 Nostalgia is an interesting feeling. Something that you held dear years ago can lead one to having false pretenses about that product. In this case, DuckTales Remastered was created with the intent of instilling pure nostalgia about not only the original game for the Nintendo Entertainment System (NES) but also the cartoon. Having missed out on the NES era of games, I never had the privilege of playing the original DuckTales, a game heralded at its time for its solid platforming. In order to understand the reason behind the Internet explosion at the announcement of DuckTales Remastered, I delved into an NES emulator to find out why people were so excited. I found a game that does indeed have solid platforming, but it was also incredibly hard and lacking in some areas like boss battles. After my few hours with DuckTales Remastered, it’s safe to say that Wayforward has successfully reintroduced the world of DuckTales to old fans but may struggle to capture new ones.

artoon animations for all characters and enemies. Besides the characters, there are gorgeous 3D worlds that appropriately revitalize the original game’s levels. The catchy music returns as well, but it’s beautifully remixed for a modern era. DuckTales Remastered even introduces a story to try to make sense of Scrooge McDuck’s reasons for traveling to exotic places. The voice actor for Scrooge returns as well to reprise his role, spouting mildly entertaining quips throughout your journey to reclaim all five treasures. However, the cinematics and story in general are a bit contrived with an indecisive direction for the target audience of this game. 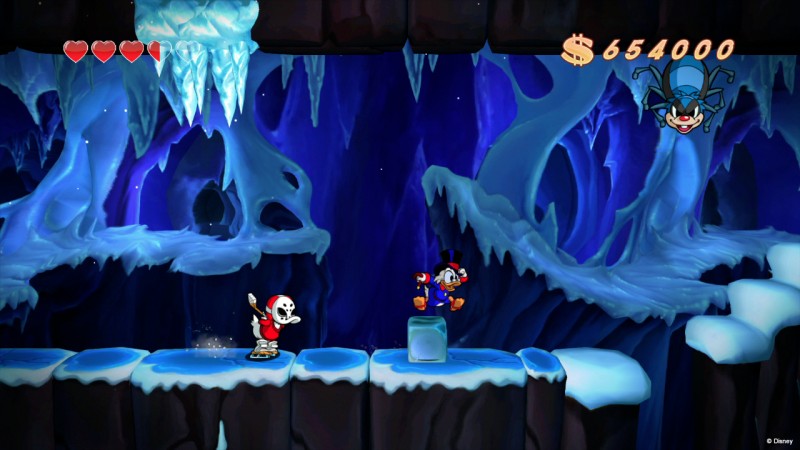 The interactions between Scrooge and the supporting characters are aimed at a younger audience — an audience that wouldn’t generally understand the reason for this game. This leaves the older audience — the people who grew up and loved DuckTales — feeling a bit out of place. It is an odd decision by the developers, and quite frankly, I feel the game doesn’t even need a story or purpose for the challenging platforming game play as shown by the high praise for the original.

The original platforming mechanics are back and feel smoother than ever. Hopping around on the pogo cane never really dilutes in enjoyment, and killing enemies feels much more responsive. The original game was incredibly difficult and unforgiving, and while much of those ideas are retained, the technology and responsiveness of modern games has done well to make the game not nearly as difficult as its predecessor. Secrets are scattered throughout the levels that contain money or food to get some health back. The most important secret to find in each level is an additional heart that permanently increases your health, making the game significantly easier. 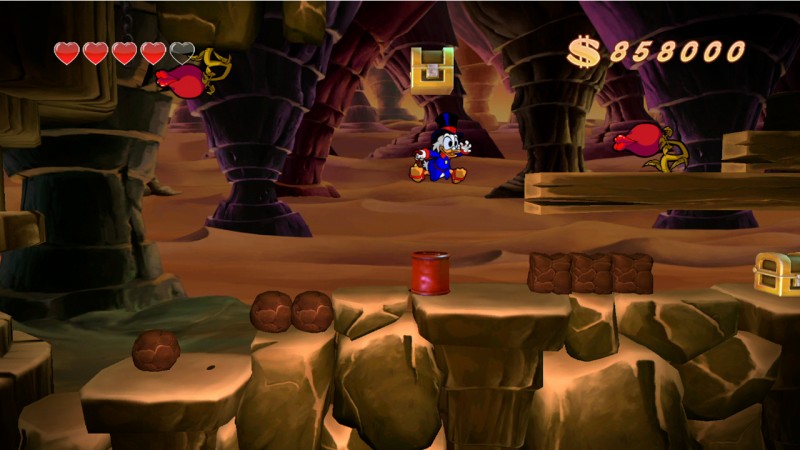 Chests can be found and opened for additional money and food

However, there is one mechanic that is inherently flawed in terms of controls: jumping from vine to vine. At times you have to move far enough right to make it to the next vine, but at the same time, you have to press up on the joystick to make him grab it. This leads to frustrating deaths, especially in the ridiculously tough final segment. In a game where every other platforming mechanic feels fluid, this one feels entirely out of place.

Most importantly, what has returned is the fantastic level design throughout each of the six stages. Minor tweaks have been made like the addition of a tutorial level and lengthening some stages to make them more robust. The boss battles after each level have also had a major overhaul. The original was criticized for having boring and lazy boss battles, and the remastered version changes them for the better. The bosses are appropriately challenging, rewarding quick reflexes and memorization of attacks.

Having just played the original gave way to an interesting experience because I played the remastered version while comparing and contrasting the two versions. Wayforward certainly understands why the original was such a beloved classic and made smart decisions in remaking the game. Newcomers to the series or casual gamers will struggle to understand its significance and will most likely be turned off by the difficulty and archaic mechanics. For veteran gamers, it will remind us why we fell in love with gaming at its genesis. It is a short offering, much like the original, but for fans, it will instill a few hours of pure nostalgic joy. For the most part, DuckTales Remastered hits the mark in revitalizing the franchise, and I hope the future holds more classics revamped in this nature.

DuckTales Remastered is available for download for Xbox 360, PlayStation 3, Wii U and PC for $15.