Even though E3 may be a bit of a dying fad with the bombastic presentations and cringe-worthy hosts, it’s tough not to get excited year after year. This year in particular was interesting because, after the lukewarm start in terms of compelling software for all consoles, we finally got to see what the next year or so looks like for these $400+ machines. With Microsoft tailing behind Sony in console sales and Nintendo‘s Wii U still looking disastrous in support, we got to see what the big three, along with Electronic Arts (EA) and Ubisoft, brought to the table.

Microsoft went first on June 9 and opened with Phil Spencer, the new head of the Xbox division. It was actually incredible to see Microsoft, who had a terrible previous year in terms of marketing and messaging for the Xbox One, come out and practice some humility. Spencer’s opening speech felt earnest, as if Microsoft was finally coming to terms with how to shape their vision for the Xbox One. That vision includes loads and loads of games.

We saw a bunch of different titles, some already announced and some that surprised. Of course, what really matters in these silly console wars are the amount of exclusives for each platform. Microsoft’s bag of exclusives was mostly impressive with a few duds like Fable Legends. Games like Forza Horizon 2, Sunset Overdrive, and Crackdown 3 all piqued my interest in that they prioritize pure game play instead of overstuffing drama and lackluster plot. There were also a handful of indie games that looked spectacular in the form of Ori and the Blind Forest and Inside, but Microsoft didn’t stop there.

The haymaker of the conference was definitely Halo: The Master Chief Collection. It’s packed with all four Halo games that feature Master Chief, including campaigns, multiplayer support and high-definition graphics. Halo 2 in the collection is getting the “Anniversary” treatment with fully remastered graphics while still utilizing the same engine we all played on the original Xbox. The sheer fact that we will get to play Halo 2 multiplayer again has me extremely excited. A claim of over 100 maps inside the package makes it all the sweeter. It’s a bit disappointing that a collection of old games was the most exciting part of the conference, but it’ll be nice to have while we all wait for Halo 5: Guardians. 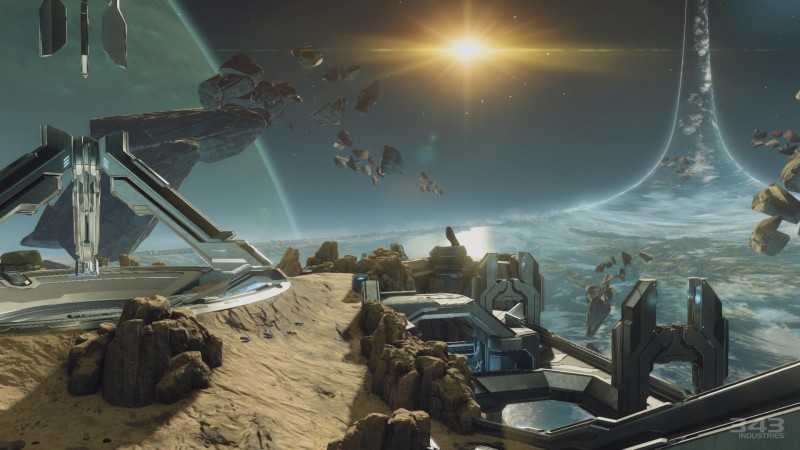 The updated visuals in Halo 2 with the same game play that I poured hours into has me excited beyond belief.

Overall, Microsoft did a hell of a job in turning around from their abysmal past few conferences. I don’t think Kinect was even mentioned, which is a bit crazy but welcomed. Their emphasis on games came true, and we saw a company that has finally started to see how to steer their console in the right direction.

In the interest of time, I’ll only briefly talk about EA and Ubisoft’s conferences. In short, I couldn’t necessarily care less about much that these two companies were offering besides a few titles. EA’s presentation was essentially a series of concept footage of games that are just at the beginning of development like Star Wars: Battlefront and Mirror’s Edge 2. Don’t get me wrong! I’m super hyped for these games, but they’re just so far off that neither product had much to show for it. Battlefield: Hardline was really the only game besides their sports lineup that is actually close to being finished. Of course, the only reason for that is that it’s essentially a mod for Battlefield 4 that’s being sold for full price. It looks like a dull and boring cash grab to get their shareholders happy until they actually prepare the next real Battlefield game. 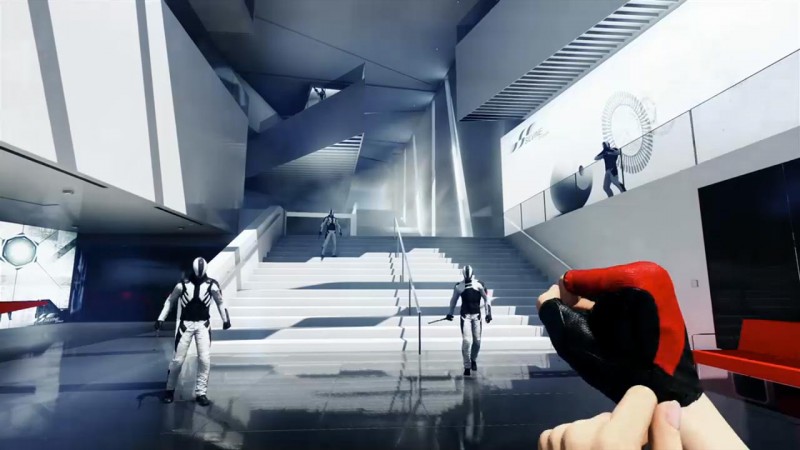 Mirror’s Edge 2 is still in early development, but it is one of my most anticipated games from EA.

On the other hand, Ubisoft had a bunch of nearly-completed titles coming out in the next year or two. Assassin’s Creed Unity still looks as boring as the rest of that franchise, but you can now mindlessly fight your way through dumb AI with co-op partners. The Division is still far too ambitious and too far out for any of it to really generate interest for me. The game play in general just looks like standard third-person shooter garbage but with RPG elements and a neat HUD. One of the few games coming from Ubisoft that has my interest is Far Cry 4, which had an incredible game play reveal at Sony’s conference that featured destructive elephants and mini-helicopters. Hell, yeah! The other title that looks great is Valiant Hearts: The Great War, which is being released in just a couple of weeks and is sure to cause some watery stuff to be produced from my eyes. A big game play demo of the new Rainbow Six Siege was shown at the end, featuring tactical 4-on-4 combat, but it felt much too scripted and fake to truly get an understanding of how the game is actually going to be played.

Sony was the last conference on June 9 and had a lot to live up to after Microsoft’s great conference. It started off fantastic by getting to see some of their exclusive games like The Order: 1886, Bloodborne and the surprising announcement of LittleBigPlanet 3. Destiny was shown, but it still looks like the most derivative $500 million ever spent, and I really wish we could get rid of this whole “timed exclusive” crap on downloadable content. Some other surprises came in the form of Grim Fandango coming to PlayStation 4 and a huge array of new indie titles that all look like a lot of fun. 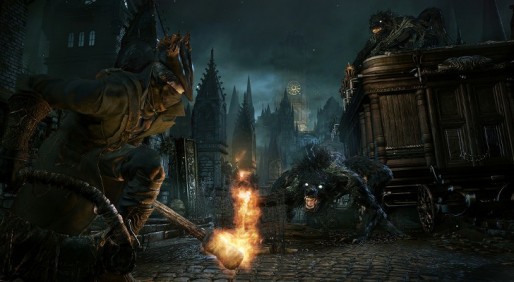 Bloodborne, a game drawing similarities from the Dark Souls series, was a strong showing for Sony.

Unfortunately, that’s where the fun stopped for a while and Sony went full Microsoft. Shawn Layden, the new CEO for Sony Online Computer Entertainment, came out and slowed the momentum to a halt by talking about things like PlayStation Now, PlayStation TV and insignificant things like YouTube on PlayStation 4. After a randomly placed Mortal Kombat X trailer, Sony proceeded to talk about their new television show that they’re producing called Powers for an absurd amount of time. All hype and excitement was gone. After what seemed like hours, more games were shown, and they ended with a new trailer for the now titled Uncharted 4: A Thief’s End. It’s just a shame that they had to add in so much nonsense in between all these great games. After last year’s conference from Sony, it was disappointing to see them make some mistakes everyone thought they had learned from.

For me, it was Nintendo that had by far the strongest conference or, as they call it, the Digital Event. Continuing their theme of evading traditional conferences and using online streams, Nintendo came out strong with silly skits mixed between loads of game announcements and trailers. Games like Yoshi’s Woolly World, Captain Toad Treasure Tracker and Kirby and the Rainbow Curse all had me giggling with childlike excitement. Another surprise was the showing of a new title called Splatoon. It’s a third-person shooter but playing as squids and shooting ink to cover as much ground as possible for strategic purposes. If Nintendo were to ever make a shooting game, this is exactly what it would look like, and it seemed like a lot of fun.

The best announcement by far was the reveal of the new The Legend of Zelda game for Wii U. All I’ve ever wanted from that franchise was an open world akin to The Legend of Zelda: The Wind Waker but on land, and that’s what Nintendo delivered. A sprawling and vast world opened up with Link on a horse and the developers claiming that, if you see some place, you can go there. Add in the fact that they’re adapting the “go to any dungeon you want” idea from The Legend of Zelda: A Link Between Worlds, and it sounds like the new Zelda is well on its way to being incredible. 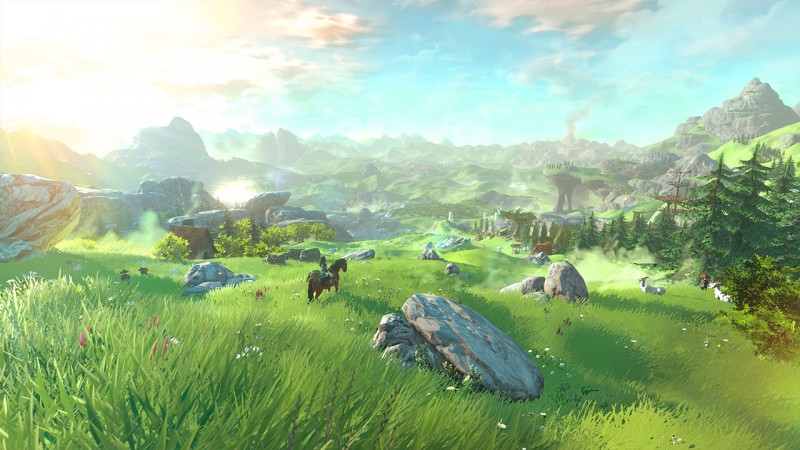 The new Zelda Wii U game is undoubtedly gorgeous.

The weirdest part about Nintendo’s overall presence at E3 is their decision to leave out a significant portion of games from their Digital Event that were announced afterwards. Games like Star Fox for the Wii U, Mario Party 10 and Devil’s Third weren’t included in the Digital Event but shown mere hours after it ended. Pac-Man was also revealed to be in Super Smash Bros. at a round table discussion that evening. With the fact that the Digital Event was only 40 minutes long, they definitely could’ve fit all these things in to generate a lot more hype. Regardless, the lineup for Wii U is looking absurdly strong for the next year or so, and it’s necessary for Nintendo to keep up the pace.

This year was especially strong for Nintendo because both Microsoft and Sony have a small amount of exclusives for their consoles and are trying to buy loyalty with timed and DLC exclusivity. As a person who doesn’t own either an Xbox One or a PlayStation 4 but a powerful PC, who’s to say how many of these “timed” and “console” exclusives are going to be coming to PC? Having a Wii U is the most ideal fit for me because of how many games I can only play on that platform. In addition to the number of games, the track record for the quality of Nintendo games is unparalleled. More than ever, they needed a win here, and at this E3, Nintendo gave it everything they’ve got. Nintendo is back!