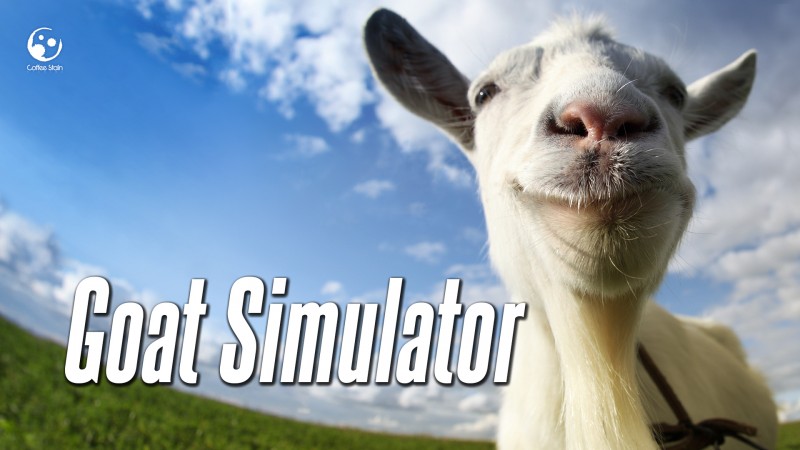 Every couple of years, a game comes along and changes everything we’ve ever known. It’s something so groundbreaking, innovative and perfect in execution that nothing can surpass its beauty. These games stand the test of time and forever leave their mark on the gaming industry. Then there’s Goat Simulator.

Goat Simulator is easily one of the dumbest, most arbitrary games I’ve ever played, yet I still had a great deal of fun, considering the short experience it offers. Parodying the weirdly popular games like Euro Truck Simulator and Farming Simulator, Goat Simulator goes in the opposite direction of reality and pushes the barrier of absurdity to the limit. 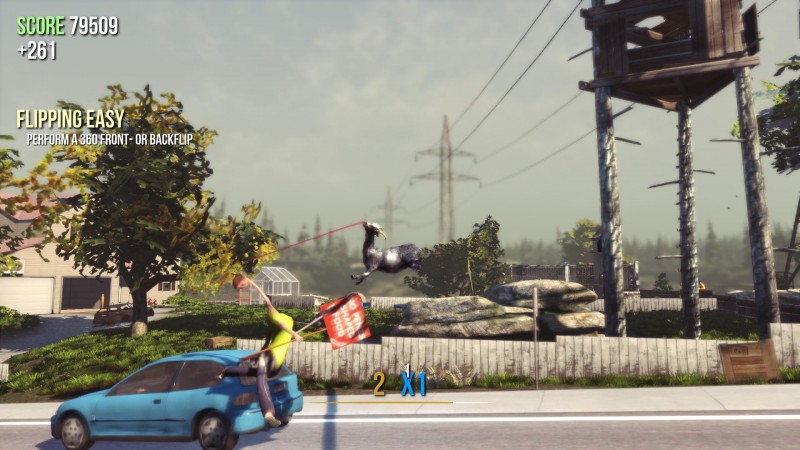 There’s something oddly satisfying about letting your goat get hit by a car.

Goat Simulator is really just a physics engine with you playing as a goat in a small town. You can jump, head butt stuff with extreme power and lick objects to grab them. The playground made for goat activities is filled with trampolines, people, cars that explode when you attack them and plenty of secrets to find. You can follow the objectives that pop up on the screen like “Stay in the air for five seconds,” or you can just go off and do your own thing, which I found far more enjoyable.

What really makes Goat Simulator work is its wonky physics engine. Because everything feels so wonky, the pleasure of Goat Simulator stems from the humorous interactions between the goat and the environment. Climbing a ladder as a goat makes absolutely no sense, but seeing his head bang around the rungs is downright hilarious. If you fancy some destruction, you can run around and head butt people and objects to send them flying. Some more exploring allows you to find mutators that change your goat to be fat, small, tall or demonic. If you find the Goat Throne, you become the King of the Goats, and you are able to summon dead goats from the sky at the press of a button. There’s a myriad of these oddball mechanics tossed around the town to find, each ramping up the level of craziness. 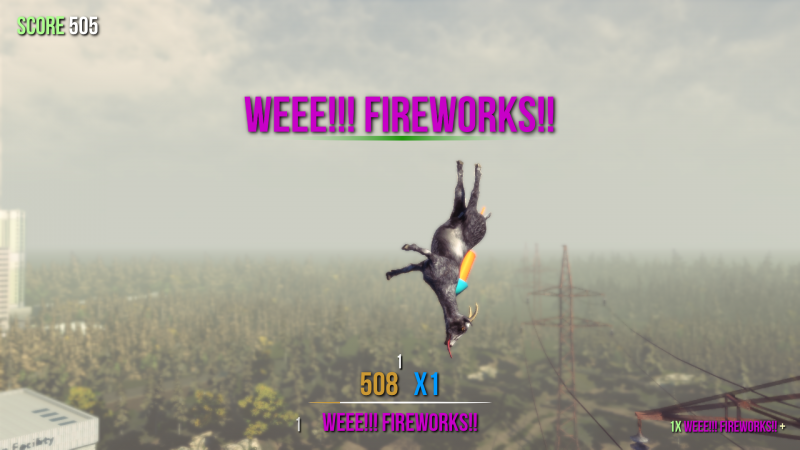 Strap on some fireworks to your goat for some explosive fun.

At face value, there really isn’t much in Goat Simulator that feels like a video game. Once you’ve explored the town and found all of its secrets, there isn’t much else to do. Some would argue that it’s akin to the Tony Hawk’s Pro Skater games where you try to rack up points, but sitting on a trampoline doing backflips or head butting everything in sight loses its luster real quick. Goat Simulator is funny and entertaining for about an hour or two, but that’s about it. The real length of the game will come from mods and user-created content to keep players coming back.

The fact that Goat Simulator is $10 and ships with only one map for game play is as absurd as the game’s concept. Adding insult to injury is how bad the actual game runs. The frame rate dropped quite often when a lot of stuff was happening on screen, and bugs are all over the place. It definitely wasn’t a rare occurrence for my goat to get stuck in walls or floors. The developers may joke about how they encourage the bugs — some are admittedly hilarious — but it is still unacceptable to have this kind of attitude when charging people $10. 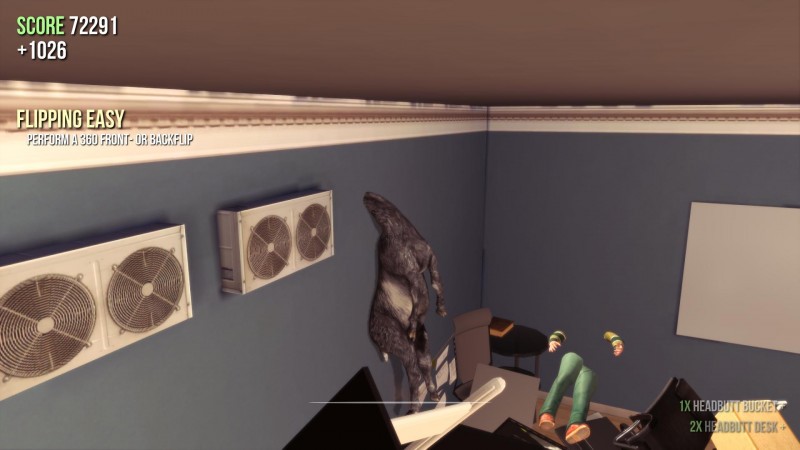 Part of the hilarity comes from the numerous bugs, like how this poor goat’s head is stuck in the wall.

However, if you’re playing a game called Goat Simulator, you have to have some kind of perspective. The damn name of the game is Goat Simulator! You’re paying for a game that will supply you with about a couple of hours of hilarious and zany fun, only if this is your style of comedy. If controlling a goat in a physics-based playground sounds fun for you, then pick up Goat Simulator. On the other hand, you could spend about the same amount of money to see a movie and get a relatively similar level of enjoyment. For what you get, picking up Goat Simulator certainly isn’t a b-a-a-a-a-a-a-d decision.

Goat Simulator is available for the PC.